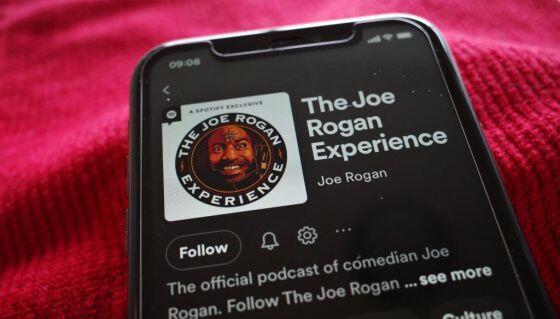 If we abhor conservative ideology, why shouldn’t we hate the Black people who champion it just as I hate the white people who do?

Anyway, there are two Black conservatives I consider the worst above all others — Jason Whitlock and Candace Owens . Because these are the two generic house negroes from House Negro Depot who make it a point to never pass up a chance to uphold whiteness at the expense of Black people. They will always serve as white people’s resident “Black friends” as long as there’s a trending topic that affords them the opportunity to do so.

So, of course, they’re both throwing capes on for Joe Rogan .

Whitlock used his Blaze TV platform to spend about a thousand words chiding Black people for taking issue with white people using the n-word regardless of context. He didn’t mention anywhere in his diatribe that Rogan is also being called out for referring to a Black neighborhood as the Planet of the Apes , and for describing Black people from Africa as being “from the darkest place where they’re not wearing any clothes all day and they’ve developed all that melanin to protect themselves from the sun” and saying only those people should be considered Black.

Because to include those offenses in his narrative would require Whitlock to make use of actual critical thinking. And Whitlock isn’t an intellectual, he’s a sentient armrest for white nationalists to hang their spare nooses on, and he’s proud of it.

So, instead of being truthful, Whitlock relied on strawman arguments and lies about the Black collective to make his non-point.

“The N-word is part of a reparations package that black people negotiated with the Ku Klux Klan and other white liberals following the Democrats’ failure to support the Emancipation Proclamation and the ending of Jim Crow Laws,” he said.

He also referred to the word as Black people’s “most prized possession.”

Actually, what he said is that it’s “our most prized possession,” but for real-life Clayton Bigsby to even include himself among Black people is, at this point, as erroneous as the idea that Black people made a reparations deal with white people that included their allowance for us to use the word.

He’s also really out here trying to passively state as fact that the KKK was a liberal organization when they were and are as conservative as they come. They were and are anti-Black liberation movements, anti-LGBTQ, antisemitic, anti-big government, pro-Confederacy, pro-Christianity, anti-all non-Christian religious practices and they made it their mission to stop Black people from voting.

It’s why David Duke complained that Donald Trump stole his ideas, why he ran for office multiple times as a Republican and it’s why today’s Klan members identify politically with the GOP, and vice versa .

It’s also hilarious that Whitlock is characterizing the Black people he hates as being subservient to white people because if Whitlock was Kunta Kinte, he wouldn’t have let his slaver clip a single toenail before shouting, “Yes sa’, massa’ sa’ — I’s ya’ Tobe!!”

Anyway, on to Candace.

Owens took to Twitter recently to shade Dwayne “The Rock” Johnson for walking back his own defense of Rogan after he learned of all the racist AF things Rogan has said in the past.

“Isn’t it weird how everyone calling Joe Rogan racist is white while black people keep coming out of the woodwork to defend him?” Sunken Place Sis’ asked rhetorically. “It’s almost like everything I’ve said about white liberals using racism as a political tool to take down people they despise is completely correct.”

Owens is the queen of claiming vindication without proving she was actually right about anything.

Word, non-sis’, white people are the only ones calling him racist?

Is India.Arie white? Because the “Brown Skin” singer is the one who got Rogan’s racism trending in the first place .

What about all the Black people on Twitter who have been calling Rogan racist for years ? They’re all white too?

What about T-Pain , who said Rogan’s racism is nothing new?

Or how about all the Black bloggers in the Black blogosphere who have spent the last couple of weeks writing about Rogan’s racism? (*waves frantically and gestures towards myself*)

You’re not right, Candace. You’re never right about anything. You and Whitlock are deep throats for regurgitating whiteness, and that’s all either of you has ever been good for.

If Anti-CRT Gov. Ron DeSantis Cares So Much About Racial ‘Discomfort,’ Why Is He Caping For Joe Rogan?

Trump Tells Joe Rogan To Stop Apologizing For Racism, While Being A Racist Who Constantly Demands Apologies

A new book about Donald Trump claims a bi-racial woman the former president once dated said he played up racial stereotypes during their relationship even though she has made it a point in the past to claim he never said anything racist when they were together. The upcoming book by...
POTUS・8 DAYS AGO
NewsOne

Op-Ed: White Nationalism Is Moving Conspiracy Theories Into The Mainstream

This midterm election cycle has revealed the potency of conspiracy theories that prop up narratives of victimhood and messages of hate across the complex American landscape of white nationalism. The post Op-Ed: White Nationalism Is Moving Conspiracy Theories Into The Mainstream appeared first on NewsOne.
POTUS・5 DAYS AGO