Luther Campbell On Brian Flores Lawsuit: ‘Black Ownership Critical, But There Needs To Be Action From Within Community’ 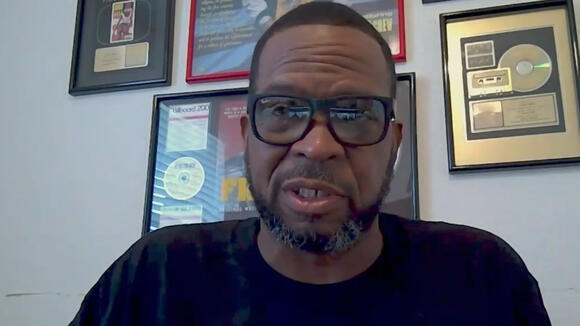 MIAMI (CBSMiami) – Community activist Luther Campbell is speaking out about the Brian Flores lawsuit and allegations of discrimination.

Campbell has been instrumental in churning out some football greats. He coached them after he founded the “Liberty City Warriors Youth Sports League,” some 30 years ago. Some of those big names include Chad Johnson, Duke Johnson, Devonta Freeman and Teddy Bridgewater.

Campbell told CBS4 News he believes this lawsuit is needed and long overdue.

He also mentioned his thoughts on how the Miami Dolphins fit into all of this.

“I feel sad for the Dolphins because the Dolphins don’t fall into that same realm of not giving African Americans the opportunity to be coaches and general managers, which they have, obviously. And the things they do in the community. And at the end of the day that stadium sits in Miami Gardens which is one of the largest African American communities in the United States. They do good things for the community but the allegations of paying to lose games, that’s kinda sad. I hope that is not the case,” Campbell said.

In the lawsuit, Flores called for specific changes in the NFL to ensure racial diversity.

Campbell is skeptical that the suit will bring real change.

“I think it will build another situation where they’ll find some token African American. He’ll go out and be the voice of this issue and say that the NFL is making some changes, get a t-shirt, do like they did before, take a knee. But at the end of the day, there has to be some serious changes,” Campbell said.

Campbell said that serious change needs to come from the very top. He said Black team owners will be key.

“The change needs to be from within. The NFL has to make bold steps instead of just a t-shirt and a pat on the back or some donations to Historical Black Colleges,” he said.

While Campbell says Black ownership is critical, he also believes there needs to be action from within the African American Community. “The only way of change is us as African Americans, we have to demand change. We have to say we’re not going to play football. We have to say we’re not going to look at football. And when you mess with the bottom line figure that is the only way you can change and I don’t see us as a people making that kind of sacrifice,” he said.

Campbell said bylaws need to change to reflect that either you show real diversity of lost draft picks.

He wonders if current Black athletes in the NFL will speak up. He said many he spoke to are afraid to talk.

Taste of the Town: Smith & Webster

MIAMI -- The name Smith & Webster comes from the two last names of the owners.Starex Smith is a Miami food blogger with a hugely popular Instagram and Facebook profile and is known as The Hungry Blackman.Kayvon Webster is a Miami-born former NFL player who won the Super Bowl while playing with the Denver Broncos."That was while ago, way back in 2015," Webster said. "But it feels like a blink." The two met when Kayvon, who owned a food truck, was a given a harsh review by Starex."I went and I didn't physically...
MIAMI, FL・2 DAYS AGO
CBS Miami

Miami Proud: For trailblazing attorney Yolanda Cash Jackson, it's OK to be first, but never last

MIAMI - As the first Black woman to hold the position of chair of The Miami-Dade Beacon Council, the economic engine for the county, Yolanda Cash Jackson checks off another first on her list. The Miami native grew up in Liberty City, graduated from Miami Edison High and is a double graduate from the University of Florida for both her bachelor's degree and juris doctor.In 1990 her first job as a clerk at a law firm in Miami, she was the only female Black lawyer.A few firm moves later, she joined then Becker and Poliakoff (Becker Law), where she found her niche...
MIAMI, FL・3 DAYS AGO
CBS Miami

FORT LAUDERDALE -- All Star weekend was a smashing success in South Florida. It ended as well as one could imagine with Matthew Tkachuk winning game MVP honors on his home ice. Tkachuk is the 10th player in NHL history to win the MVP award as the All Star game host.He played with teammate and Panthers captain Aleksander Barkov and his brother Brady with the trio dominating their two games.From the hockey festival on Fort Lauderdale beach to the skills competition Friday and main event Saturday, South Florida proved once again it is a solid hockey market. Tkachuk was the star of the show both on and off the ice, producing and enjoying the festivities. It is evident that the first-year Panther player loves his new team and town and is emerging as the face of the franchise. Now, it's up to Tkachuk and his teammates to pick up a lot of wins in the final 30 games if the season and make the playoffs. South Florida has hockey fever out of the all star break and the team has a chance to keep the temperature high with a playoff run.
FORT LAUDERDALE, FL・20 HOURS AGO