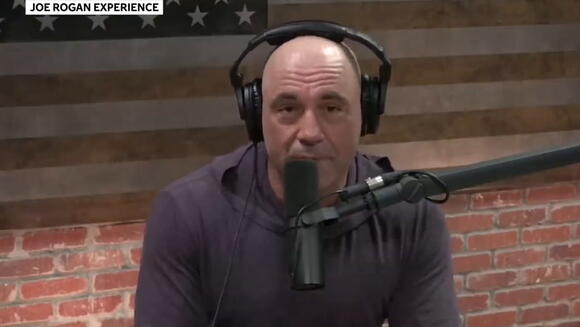 Nils Lofgren, the Crazy Horse and E Street band musician, has announced he’s removing his music from Spotify in support of Neil Young .

Young previously issued an ultimatum to Spotify and asked that his music be deleted from the platform due to its affiliation with Joe Rogan , whom he said had spread “false information” regarding Covid-19 vaccines.

Joni Mitchell followed suit in solidarity with Young – and now Lofgren has done the same.

He shared a post on the Neil Young Archives , writing: “When these heroic women and men, who’ve spent their lives healing and saving ours, cry out for help you don’t turn your back on them for money and power. You listen and stand with them.

“As I write this letter, we’ve now gotten the last 27 years of my music taken off Spotify. We are reaching out to the labels that own my earlier music to have it removed as well. We sincerely hope they honor our wishes, as Neil’s labels have done, his.”

“We encourage all musicians, artists and music lovers everywhere to stand with us all, and cut ties with Spotify.”

The streaming company has swiftly removed Young’s music following his request last week. The platform has a $100m exclusivity contract with Rogan, for sole rights to his podcast.

“They can have Rogan or Young. Not both,” Young wrote in a since-deleted letter that was posted to his website and addressed his management team at Lookout Management and Warner Bros.

Madonna graced the 2023 Grammy Awards stage on Sunday to present another singer's performance. However, she quickly shared a speech to the crowd and those watching from home. The "Material Girl" singer told everybody, "I'm here to give thanks to all the rebels out there, forging a new path and taking the heat for all of it."
1 DAY AGO
The Independent

The Grammys ended in controversy, again. Here’s what to know

A night in music brimming with shocking upsets, historic wins, tributes for artists like the late rapper Takeoff and hip-hop’s 50th anniversary, the 65th Grammys were back in full swing Sunday. Once again, Beyoncé was in the running for the top honor.Once again, the show ended with someone else winning album of the year.This year was widely seen as a chance for the Grammys to honor the superstar with a marquee award, especially on a night where she could have ( and did ) become its most decorated artist.Instead, Harry Styles won, and a line from his acceptance speech...
1 DAY AGO
The Independent

Taylor Swift was called out by critics for her seemingly confused reaction after Trevor Noah tasked her fans with lowering the price of eggs, but it’s her fans that appear to be getting the last laugh.The “Anti-Hero” singer attended the 64th annual Grammy Awards on Sunday 5 February, where she took home the award for Best Music Video for “All Too Well: The Short Film”.Swift appeared to have a blast during the awards ceremony, from dancing to Bad Bunny’s opening performance to catching up with her former fling, Harry Styles. However, there was one moment during the Grammys that...
17 HOURS AGO
The Independent

Andrew Schulz says that Jonah Hill and Lauren London’s kissing scene in You People was created entirely on CGI. The film, which was released last month, follows the story of Hill’s Ezra and London’s Amira as they enter into a relationship.The duo attempt to navigate a complicated world of societal expectations due to their racial differences. The film also stars Eddie Murphy, Julia Louis-Dreyfus, David Duchovny, Nia Long, and Schulz, who plays cousin Avi.During one scene in the film, Ezra and Amira lean in for a kiss as flower petals fall from above.Speaking of the moment, Schulz said: “I...
1 DAY AGO
The Independent

‘Hope it was worth it’: Janelle Monae calls out fan for critiquing her Grammys outfit

Janelle Monae has called out a fan for their comment on her Grammys appearance.The singer and actor, who recently appeared in Glass Onion, attended the 2023 Grammys ceremony in Los Angeles on Sunday (5 February).Following the event, one of Monae’s fans commented on her outfit – and poked fun at the singer’s previous wardrobe choices in the process.“Janelle Monae finally showing off how fine she is instead of dressing like the monopoly man,” they wrote.Monae, noticing how many likes the tweet was receiving, replied: “No new music just for this.”As the tweets continued to rack up the likes, Monae...
LOS ANGELES, CA・1 DAY AGO
The Independent

The unverified rumours surrounding Adele‘s Grammys “walkout” following Harry Styles’s win has been cleared up.After the ceremony, which took place on Sunday (5 February), a video was shared on social media appearing to show an unimpressed Adele after Styles was named as Album of the Year winner.Many claimed that Adele didn’t applaud Styles. These rumours were swiftly followed by claims that Adele walked out of the Los Angeles venue before the “As It Was” singer delivered his acceptance speech.Lizzo has now debunked these rumours by releasing a TikTok video, which has been viewed 10m times, in the immediate aftermath...
3 HOURS AGO
The Independent

“Don’t mention the war!” And please, please don’t mention reviving the brilliant sitcom that gave birth to that phrase.But reviving the show has been mentioned by its creator, John Cleese. More than mentioned. He announced yesterday that he is bringing back Fawlty Towers. He will be writing it with his daughter, Camilla, a comedian, who will also star in the revival. The executive producer will be Rob Reiner of Spinal Tap fame.How my heart sank when I learned of this. Not because I disliked Fawlty Towers, but the opposite – because I loved it and continue to love it....
1 HOUR AGO