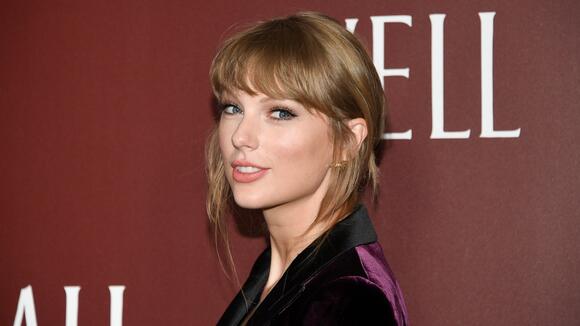 A Virginia man has been arrested for drunkenly crashing a car into Taylor Swift's New York City apartment building and trying to gain entry, police said. Morgan Mank, 31, was arrested shortly after 3 a.m. Thursday after driving the wrong way on Franklin Street in the Tribeca neighborhood, where Swift owns a townhouse and several apartments in an adjacent building, a police spokesperson said. Police said Mank crashed into one of the buildings and tried unsuccessfully to gain entry. The spokesperson could not confirm reports that Mank told officers he wouldn't leave until he met with Swift. Mank was taken to a hospital for an evaluation and later arrested on charges of driving while intoxicated and driving while ability impaired. It wasn't clear if he had an attorney who could comment. A phone number listed for Mank in Ashburn, Virginia, was disconnected. Swift, a multiple Grammy winner with a fervent fan base, has been plagued by stalkers at her Tribeca home as well as homes she owns in California and Rhode Island. A request for comment was sent to a representative for the singer. ALSO READ | 75-year-old post-Holocaust letter detailing family's death found at NY flea market

In this episode of Tiempo, we learn about the free computer literacy programs being offered this summer by the New York state government. And "Torched" explores true stories of those who lived through the Bronx fires in the 1970s
BRONX, NY・5 HOURS AGO
ABCNY

Celebrate Israel Parade to kick off in Manhattan with heightened security

There will be heightened security in New York City with tens of thousands of people expected to gather for the Celebrate Israel Parade Sunday afternoon.
NEW YORK CITY, NY・7 HOURS AGO
ABCNY

The employees' scaffolding suddenly stopped moving and got stuck. It happened Friday just after 8 a.m. at 712 Fifth Avenue in Manhattan.
MANHATTAN, NY・2 DAYS AGO

The Empire State Building was lit in red and white with a crown saying '50' in honor of what would have been Biggie Smalls' 50th birthday.
BROOKLYN, NY・17 HOURS AGO
ABCNY

Video shows the man throwing traffic cones at the vendors cart and yelling at him.
NEW YORK CITY, NY・1 DAY AGO
ABCNY

Rachel Nugent, 14, was last seen leaving her residence located at 551 Old Dock Road in Kings Park at approximately 6:45 a.m. Investigators believe she may have taken a train to New York City and may have traveled out of state.
SUFFOLK COUNTY, NY・1 DAY AGO

Police in Long Branch, New Jersey imposed a 9 p.m. curfew after a crowd got out of hand at Pier Village.
LONG BRANCH, NJ・18 HOURS AGO
ABCNY

A puppy that was snatched from a pet store in New Jersey has been returned unharmed.
MIDDLETOWN, NJ・18 HOURS AGO
ABCNY

A man died after he collapsed at the finish line of the Brooklyn Half Marathon Saturday.
BROOKLYN, NY・1 DAY AGO

The pain is piercing to know that her 11-year-old daughter, Kyhara was another victim of gun violence.
BRONX, NY・18 HOURS AGO
ABCNY

The officers' vehicle was struck by a black Mercedes at the intersection of Dyckman Street and Nagle Avenue in Inwood just after 5:30 a.m. Friday.
MANHATTAN, NY・2 DAYS AGO

Three people were killed and several others were injured in a crash near a catering hall on Long Island, according to police.
NEW HYDE PARK, NY・11 HOURS AGO
ABCNY

New York City is preparing to honor the late rapper Christopher Wallace, better known as Biggie Smalls and the Notorious B.I.G., who would have turned 50 on May 21.
BROOKLYN, NY・2 DAYS AGO
ABCNY

The owners of a pet shop in New Jersey are offering a $1,000 reward for the return of a stolen puppy.
PUBLIC SAFETY・2 DAYS AGO