Volatile Nvidia (NASDAQ: NVDA) stock, which has suffered through more down days than up days so far this year, is having a rare green day on Friday, as shares of the semiconductor giant inch up 2.1% as of 12:10 p.m. ET. 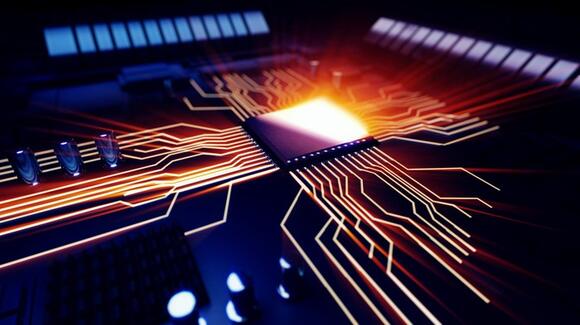 First and foremost, at a recent P/E ratio of 70, Nvidia stock -- while far from cheap -- nonetheless costs a whole lot less than it did as recently as just late last year, when shares of the graphics chips specialist were regularly changing hands for 90 times earnings and up. Viewed in the context of those prices, even 70 times earnings actually kind of looks like a bargain .

At the same time, investors in Nvidia still have a few weeks to wait before Nvidia delivers its next batch of earnings news on Feb. 16. In the meantime, investors may be parsing the latest earnings news from other stocks in the semiconductor space for clues to Nvidia's own future.

And what are those other stocks saying? Just this week, computer memory maker Seagate boasted of having an "outstanding year" in 2021 and predicted that 2022 would be even better given "favorable demand trends" in the computing space.

Seagate rival Western Digital echoed sentiments about 2021 being better than expected, and said computer memory demand remains strong "across our end markets" in 2022 (a fact that's only hurting Western Digital's business because of "supply chain disruptions"). And Intel , while roundly criticized for warning of weak gross margin and weaker profits in the coming quarter, nonetheless guided higher on revenue than analysts were expecting -- indicating that demand is still strong for semiconductors.

Even better (for Nvidia), in a note commenting on Intel's news yesterday, TheFly.com noted that Intel was "still losing share." The logical implication of that is that someone else -- someone perhaps named Nvidia -- is probably gaining share. And that right there sounds to me like a good reason for optimism about Nvidia.

They're cheap, have strong moats, and are growing their businesses.
STOCKS・2 DAYS AGO
The Motley Fool

These passive income powerhouses, with yields ranging between 5.5% and 12%, can combat historically high inflation and make patient investors richer over time.
STOCKS・1 DAY AGO

Buying these high-quality real estate investment trusts can make your capital work for you to create growing passive income and wealth.
STOCKS・1 DAY AGO
Inc.com

The past gives reason for optimism about the future.
STOCKS・1 DAY AGO
The Motley Fool

Coinbase's stock is down nearly 74% this year alone.
STOCKS・2 DAYS AGO
The Motley Fool

Successful fund managers are piling into these four time-tested companies.
STOCKS・9 HOURS AGO
The Motley Fool

This company had record results in 2021 before headwinds in 2022 caused the stock price to crash.
STOCKS・1 DAY AGO
The Motley Fool

Nvidia, Meta Platforms, and The Trade Desk are all promising AI plays.
STOCKS・3 HOURS AGO
The Motley Fool

Stocks may be down, but all isn't lost.
STOCKS・1 DAY AGO
The Motley Fool

3 Explosive Growth Stocks to Buy in 2022 and Beyond