By Nathan Place and Gustaf Kilander
The Independent
2022-01-28 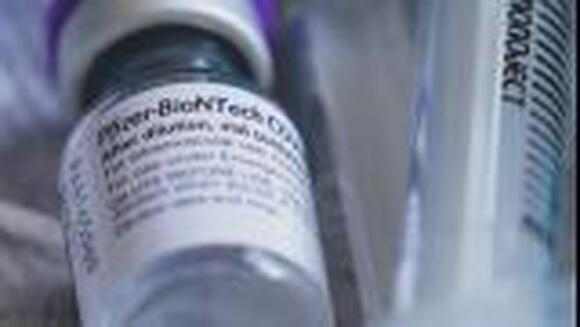 The comedian known as “Chinese Best Friend” shared his regret at not getting vaccinated before he died from Covid-19 .

Christian Cabrera, 40, tested positive for the coronavirus around Christmas. Not long afterwards, he was in an emergency room with pneumonia in both lungs. Losing the ability to breathe on his own, he was put on a ventilator. He spent more than a week in the ICU.

“I really regret not getting my vaccine,” he texted his brother, according to KTLA . “If I can do it all over again I would do it in a heartbeat to save my life. I’m fighting for my life here and I wish I [had] gotten vaccinated.”

He also communicated with his friend and fellow comedian Michael Blackson, who posted updates about his comedy companion on social media.

“My Chinese Best Friend who is actually my best friend and right-hand man is in the hospital with Covid and pneumonia on a breathing machine. Please keep him in your prayers,” Mr Blackson tweeted on 11 January.

“I’m not here to promote this vaccination, I really didn’t give two shits about it either but if you are unhealthy like bad lungs and etc go get vaccinated because it will help you stay alive if you catch it,” he added on 13 January.

“My Chinese Best Friend is in the hospital and using an oxygen tank to breathe, he smokes a lot of cigarettes and he knew his lungs were bad now he has Covid pneumonia in his lungs. If he would [have] got vaccinated it probably won’t be as bad. Let’s keep praying for him .”

On 22 January, Mr Cabrera died. His family shared the tragic news on a GoFundMe raising money for his three-year-old son, Noel.

“We are very sad to announce that our beloved brother Christian Cabrera … has lost his battle with Covid pneumonia and passed away tonight,” Mr Cabrera’s brother, Jino Cabrera, wrote in the fundraiser.

“He touched so many people’s lives because he was a very loving, kind, generous, caring person with a beautiful heart and soul.”

“This is absolutely the worst day of my life. Rip,” Mr Blackson tweeted on the day of Mr Cabrera’s death.

On Instagram , Mr Blackson added: “According to the hospital, he took his oxygen mask off to go to the bathroom and passed out, they put him on a ventilator. A few hours later he’s gone. Unbelievable. We were just texting last night and now he’s no longer here. Met him less than 4 yrs ago and we became best friends immediately, he was so young and so caring. No one can ever make me laugh like him. What a tragedy for his fiancé, his kids and his family. I’m out of words. Thanks for all the support but the worst has happened.”

Even before Mr Cabrera’s death, his brother said, he worried he might not survive.

“He keeps saying, ‘Please take care of my son,’” Jino told KTLA last Thursday. “He knows he might not make it. He might die in there.”

Covid cases in Los Angles are currently dropping from their Omicron-era peak, but they’re still extremely high. As of 24 January, the city was facing an average of almost 33,000 new infections per day. And on 20 January, just two days before Mr Cabrera died, LA County reported 102 deaths from the virus in a single day – the highest number in a year.

“Our hearts go out to everyone mourning the loss of a loved one as we are once more witnessing the utter misery caused by Covid,” Dr Barbara Ferrer, the city’s public health director, said last week.

“Let’s not fool ourselves by not recognising the danger presented by the Omicron variant, which is capable of spreading with lightning speed and causing serious illness among our most vulnerable residents.”

I am really curious as to what is causing some people to die and some people to just have a cold. I’ve had Covid twice now (delta and omicron), am unvaccinated, and both times went about my daily business quarantined at home. In fact, with omicron the worst part was the excessive sneezing. What is the underlying factor here?

Fortunately my 23 year old niece didn't die from thr vaccine but she did have a heart attack after her second jab. She's a Navy Gunner's mate, fit, healthy. Now the career she planned in the Navy may be over depending on her recovery. Covid posed almost no risk. The vaccines can be more dangerous for young healthy people that the vaccine.

RAY Liotta, the brilliant actor who made his name in Martin Scorsese's crime classic Goodfellas, has passed away. The star died in his sleep in the Dominican Republic, where he was filming Dangerous Waters, according to Deadline. There were no signs of foul play or anything suspicious about the death,...
CELEBRITIES・2 DAYS AGO
Deadline

Click here to read the full article. Texas native Jamie Foxx joined the chorus of voices wondering how something like the school massacre in Uvalde could happen in the United States of America. The comedian, who himself was recently involved in subduing a man who attacked Dave Chappelle onstage, posted 16 Uvalde victims’ photos and wrote: Little angels my heart goes out to ur families…Never thought I would live in A society a “Christian Society” where they would let little children die over and over again and still not change any laws…if the people in this country are leaders and so-called...
TEXAS STATE・1 DAY AGO
The Independent

A video has emerged of a woman on the New York City subway pleading for help as a man assaults her while other riders ignore her. The video first began spreading on Wednesday after The Daily Dot published a story about the incident. In the footage, a man in a white hoodie stalks through a subway car screaming expletives and sits down in a seat. The other passengers near the man slide away after he sits down. One woman, who the man sat directly next to, tries to leave, but he reaches up and grabs her hair and yanks her...
PUBLIC SAFETY・1 DAY AGO
The Independent

Blood stains still mark the inside of the home where Texas gunman Salvador Ramos shot his grandmother in the face before killing 21 people at a nearby elementary school, according to new video footage.“There’s blood all over,” Rolando Reyes, Ramos’ grandfather, told independent journalist Ali Bradley as they toured the home.Mr Reyes said friends and family had helped him clean blood out of the house, but that drops still remained on door posts and even the ceiling of the Uvalde, Texas, home, where Ramos had recently began living with his grandparents.Police said Ramos’ grandmother Celia Gonzalez was shot in...
UVALDE, TX・2 DAYS AGO

Person
Michael Blackson
The US Sun

My wife was told she was stressed – she died three days later, says Simon Thomas

WHEN Simon Thomas' wife Gemma started to experience headaches, GPs dismissed the symptoms. Not letting up, Gemma, 40, went to her local surgery three times, complaining of night sweats, bruising and fatigue. In November 2017 she developed a bruise on her thigh and her headaches became severe. She was told...
CELEBRITIES・22 HOURS AGO
The Independent

CNN’s Anderson Cooper struggled to hold back his own tears on air as a heartbroken father outside of the site of the Texas school shooting regaled how his 10-year-old daughter spent the last moments of her life trying to save her classmates.“She was just trying to do the right thing. She was just trying to call the cops,” Angel Garza, the father of Amerie Jo, told Mr Cooper while gulping back tears and knitting a framed picture of his 10-year-old daughter between his arms, pulling it tightly into his chest.“This is literally like her worst fear. And she was just...
TEXAS STATE・2 DAYS AGO
The Independent

Fans are calling Kris and Kylie Jenner out for their reactions to doing ‘normal’ people things: ‘Cringing’

Kris and Kylie Jenner are being called out online for their reactions to doing a day of “normal” people activities.In the seventh episode of The Kardashians, which premiered 26 May, the mother-daughter duo were driving in the car when a pregnant Kylie said to her mom: “I just want to do normal things with you.”In an effort to be normal, the two proceeded to shop for their own groceries, pump their own gas, and visit a car wash. After Kris admitted that she hadn’t been to a grocery store in two years, the pair pulled up to Vintage Grocers in...
CELEBRITIES・2 DAYS AGO

A woman on TikTok says Stranger Things star Finn Wolfhard’s friends mocked her when she asked the actor for a photo at an IHOP.The TikToker, who said her name was Lexi in the video, filmed herself approaching Wolfhard as he was dining with friends at the American pancake house chain. Wolfhard is known for his role as Mike Wheeler in the sci-fi Netflix series.In the clip, Lexi asks the actor to take a photo with him, but his friends at the table are seen “mocking” her in response.“Hi, I don’t want to be awkward but could I get a photo...
BEHIND VIRAL VIDEOS・1 DAY AGO
The Independent

A trial by TikTok and the death knell for MeToo. Who won Depp v Heard?

Of all the accusations to emerge from the bombshell defamation trial opposing Johnny Depp and Amber Heard over the last six weeks, one of the most memorable came from social media.On 5 May, the internet blew up with online sleuths claiming they had caught Amber Heard snorting cocaine on the witness stand at the court in Fairfax, Virginia.Short video snippets began circulating of the Aquaman actress blowing her nose with a tissue during a pause in her courtroom testimony.“Amber Heard snorting coke on the stand is the craziest thing I have ever seen,” one person captioned one particular YouTube video...
BEHIND VIRAL VIDEOS・1 DAY AGO
The Independent

The last week of April was a whirlwind for San Francisco's Chinatown.The storied neighborhood debuted the “AAPI Community Heroes Mural," a mostly black and white depiction of 12 mostly unsung Asian American and Pacific Islander figures on the wall of a bank. Three days later “Neon Was Never Brighter,” the first ever Chinatown contemporary arts festival, took over the streets throughout the night. Traditional lion and dragon dances, a couture fashion show and other public “art activations" were featured in the block party-like event.Cultural and arts organizations in Chinatowns across North America have worked for decades on bringing greater appreciation...
SAN FRANCISCO, CA・1 HOUR AGO