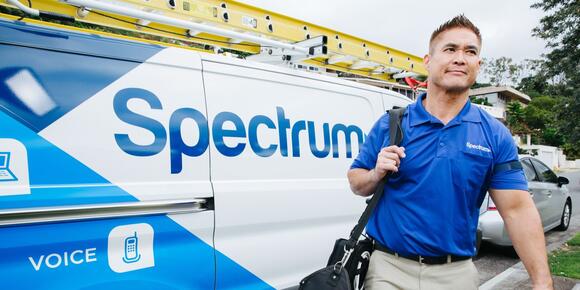 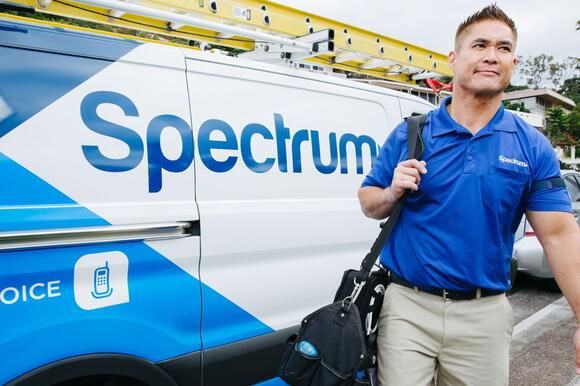 Shares of Charter Communications Inc. were headed higher in Friday’s session after the company continued to show a slowdown in its internet business but witnessed faster-than-anticipated expansion of its mobile business.

Charter (CHTR) benefited during the pandemic as households developed a greater need for reliable internet connections, but the pace of subscriber growth within that business trailed off for much of 2021, including in the fourth quarter. Even as the broadband slowdown was greater than expected, analysts found reason to cheer as Charter showed progress in its wireless business, which represents a new leg of growth for the cable giant.

The company added a net 190,000 broadband subscribers in the fourth quarter, below the 265,000 it added in the third quarter and behind consensus estimates that were for 224,000, according to MoffettNathanson analyst Craig Moffett.

But Charter also picked up a net 380,000 wireless subscribers, marking a new quarterly record for the company and easily exceeding consensus expectations for 284,000 net additions, he continued.

“Up to now, investors have treated cable wireless as something closer to a hobby than a real business,” Moffett wrote, in part because Charter and peer Comcast Corp. (CMCSA) operate under a mobile virtual network operator (MVNO) model that leverages Verizon Communication Inc.’s (VZ) network.

Charter’s strong wireless performance in the fourth quarter, however, “will perhaps
go a ways towards changing that perception,” he continued.

While he said that broadband is still “a better business,” Charter’s opportunities in wireless are intriguing because they allow the company to make up for the broadband deceleration with a different business—and one that operates in a larger market than home broadband.

Shares were up 4% in Friday afternoon trading.

Pivotal Research Group analyst Jeff Wlodarczak also highlighted the “nice acceleration in mobile lines” that Charter saw in the fourth quarter. Additionally, he pointed to Charter’s nearly $2.3 billion in free cash flow during the quarter, which came in ahead of his estimate for $1.95 billion.

Charter also saw adjusted earnings before interest, taxes, depreciation, and amortization of $5.4 billion, up from $5.0 billion a year before. Analysts were looking for $5.3 billion.

Revenue rose to $13.2 billion from $12.6 billion, while analysts tracked by FactSet were modeling $13.3 billion.

Subscribe: Want intel on all the news moving markets? Sign up for our daily Need to Know newsletter.

The results come a day after Comcast delivered its own earnings .

Tesla may be regarded by many as a revolutionary in the switch to cleaner-burning cars, but its early-to-market feat isn’t enough to protect its stock listing in one of mostly widely followed environmental, social and governance (ESG) indexes. The S&P 500 ESG Index has dropped Elon Musk’s Tesla.
STOCKS・1 DAY AGO
MarketWatch

I am 33 years old, I currently make just over $120,000 a year, including an annual bonus, and my company has gifted me with around $300,000 in equity in the firm, although our stock is brand new, so it is constantly swinging up and down. I put around 6% toward a 401(k) and another 4% toward personal savings, investments and emergency cash.
STOCKS・1 DAY AGO
Reuters

SAN FRANCISCO, May 19 (Reuters) - Leo KoGuan, a major individual investor in Tesla (TSLA.O), on Thursday called on the electric carmaker to buy back shares, after Tesla stocks took a hit from CEO Elon Musk's deal to buy Twitter. The comments came as high-profile Tesla bull Daniel Ives, an...
STOCKS・9 MINUTES AGO

How racist policies and segregation marginalized Buffalo’s Black communities: ‘An entire generation saw little if any improvements in their lives’

Long before a white gunman allegedly stormed a grocery store in a majority-Black Buffalo neighborhood, killing 10 people, the city bore all the harrowing scars of racial inequality: segregated neighborhoods and concentrated poverty, a yawning gap between Black and white homeownership, a lack of grocery stores in communities of color, and.
BUFFALO, NY・14 HOURS AGO
MarketWatch

10 years after Facebook’s record-breaking IPO, a sense of déjà vu

After a record-breaking initial public offering, Facebook Inc. shares plunged more than 30% in their first year before a Wall Street rise that made that freshman year seem like an anomaly. In its first year under the new name of Meta Platforms Inc. FB,. -0.06%. , however, Facebook performed even...
INTERNET・23 HOURS AGO