Joy Behar Laments Supreme Court on ‘The View’: “That Branch of Government Is So Anti-Democracy” 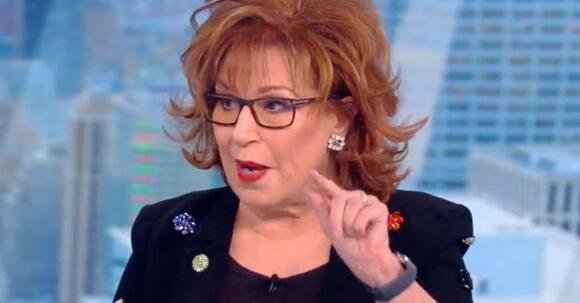 Now that Supreme Court Justice Stephen Breyer announced his retirement, the White House has reiterated President Joe Biden‘s commitment to appointing the first Black woman justice. But on today’s episode of The View, host Joy Behar lamented the limits of the Supreme Court in general, calling it a “dictatorial” branch of government.

“These are people who are appointed by the government. They do not answer to the country. They are there for life,” she said. “The only way to get rid of them is to impeach them, which is a long process. I always feel like that particular branch of government is so anti-democracy.”

Behar continued: “The fact that there are no term limits, the fact that you can put your people on because they agree with you. And then they’re there forever, influencing maybe three, four generations of Americans. To call that a democratic institution seems [like] an oxymoron.”

Sunny Hostin pointed out that in the meantime, Biden has made strides in diversifying the federal government. “When Donald Trump was in office, I think 85 percent of his federal appointees were white men,” she said. “Biden has done the reverse. He’s appointed more diverse judges to the bench than ever.”

However, moderator Whoopi Goldberg noted that critics arguing that appointing an African American female judge was simply affirmative action were forgetting that 94 percent of justices up until this point have been white.

“The first Black person to join the Supreme Court was 1967,” she said, referring to the late Supreme Court Justice Thurgood Marshall. “I wouldn’t say it was anything but time.”

The View airs weekdays at 11/10c on ABC. Scroll up to watch a clip from today’s episode.

Please…..would someone explain to Simple Joy that we are not a Democracy!! We are a Representative Republic! It’s funny to hear her thoughts regularly because she continually advocates for leaders who “ONLY’ align with her beliefs.

these are the absolute worst people on tv, nobody cares about ur view. and who wants to watch a table full of karens talk with nobody opposing their views, what's the point.

I would like her to actually tell us what the definition of DEMOCRACY is. I BET THEY CANT. They throw the word around and have no idea what it means.

Whoopi Goldberg Scolds Republicans on ‘The View’: “They Don’t Know What Domestic Terrorism Is”

Whoopi Goldberg blasted Republicans on today’s episode of The View after many of them voted against a bill aimed at curbing domestic terrorism in the wake of the Buffalo shooting. During a conversation about the legislation — which passed in the House yesterday and would form new offices to  “monitor, analyze, investigate, and prosecute domestic terrorism,” per ABC News — Goldberg slammed conservative politicians after all Republicans but Rep. Adam Kinzinger opposed the bill. “When did Washington really get to be a place where stopping domestic terrorism is divisive?” Goldberg asked, before describing Republicans as “domestic terrorists” who had been “voting...
TV & VIDEOS・2 DAYS AGO
Salon

Rep. Marjorie Taylor Greene (R-GA) speaks to supporters of former U.S. President Donald Trump at the Banks County Dragway on March 26, 2022 in Commerce, Georgia. This event is a part of Trump's Save America Tour around the United States. (Megan Varner/Getty Images) On Monday, CNN's Andrew Kaczynski and Em...
COMMERCE, GA・25 DAYS AGO

EXCLUSIVE: A group of Republican senators is introducing legislation to block the Biden administration from sending personnel and funding from the Department of Veterans Affairs (VA) to alleviate the crisis at the southern border. The senators are alarmed by the Biden administration's announced termination of Title 42 on May 23,...
CONGRESS & COURTS・25 DAYS AGO
Newsweek

The pontiff has previously said that bishops should "not going around condemning or not condemning."
CONGRESS & COURTS・10 HOURS AGO
POLITICO

The ruling could introduce an as-yet-unknown number of uncounted ballots into a race where Oz and McCormick were separated by about 1,100 votes, as of Friday afternoon.
PENNSYLVANIA STATE・1 DAY AGO
Business Insider

Viktor Yushchenko says Putin has become a "completely isolated and brutal despot who cannot stand any opposition."
POLITICS・26 DAYS AGO

Greene testified on Friday that she didn't recall whether she asked Trump to invoke military rule, despite telling Meadows to relay the idea to Trump.
ATLANTA, GA・26 DAYS AGO
americanmilitarynews.com

The intelligence the U.S. shared with Ukraine helped it continue to resist Russian invading forces and even shoot down a transport plane carrying hundreds of Russian troops, a new report revealed. According to current and former U.S. officials who spoke with NBC News on Tuesday, the U.S. provided critical intelligence...
MILITARY・25 DAYS AGO
TheWrap

Democratic strategist Kristal Knight, appearing Thursday on Fox News, took the chance to bring up the network’s role in the recent mass shooting in Buffalo, New York, through its coverage of “Great Replacement Theory.”. Harris Faulkner, who hosts “The Faulkner Focus” asked Knight for her thoughts on Elon...
BUFFALO, NY・2 DAYS AGO
Business Insider

Harvard polled Americans under 30 who are likely to vote in the midterms and found 85% of them want some government action on student loan debt.
PRESIDENTIAL ELECTION・26 DAYS AGO

The mother has questioned whether the soldiers would let her son live even if she did send the money.
MILITARY・26 DAYS AGO
Newsweek

The former president referenced scoring well on a cognitive test in 2018, which is designed to detect whether a person has early stages of dementia.
DELAWARE COUNTY, OH・27 DAYS AGO
Washington Examiner

Russian President Vladimir Putin on Monday accused Western intelligence services, specifically the CIA, of advising Ukraine on how to assassinate a senior Russian propagandist, Vladimir Solovyov. While Putin said his Federal Security Service disrupted the plot against Solovyov, the evidence for the plot's existence is far from convincing. After all,...
POLITICS・26 DAYS AGO
The Atlantic

Last Monday, Malcolm Nance, an MSNBC talking head and former sailor in the United States Navy, showed up on the channel by satellite from Ukraine, dressed to kill. He wielded an assault rifle and wore full-camo military dress, including a ballistic helmet, and U.S. and Ukrainian flag patches. About a month ago, he said, he decided he was “done talking.” He then talked about how he had joined Ukraine’s international legion to help the country “fight [against Russia’s] war of extermination—an existential war.” Others have traced a similar journey. Andy Milburn, a journalist and ex-Marine who stopped writing and began training Ukrainians for combat, wrote an article about how he, too, was finished writing articles about Ukraine. “It just started to seem so frivolous,” he wrote, solemnly. “I didn’t want to be an observer.”
MILITARY・25 DAYS AGO
BuzzFeed News

Thomas Webster’s trial kicked off with dueling videos from the Capitol and competing theories of what they showed.
LAW ENFORCEMENT・24 DAYS AGO
Decider.com

Sunny Hostin and Joy Behar Clash with Sara Haines Over “Rigged” Electoral College: “It Was Founded in Slavery”

Individual judges may not like the policy choices of the Biden administration, but it is not their job to weigh in on that policy debate.
TEXAS STATE・26 DAYS AGO