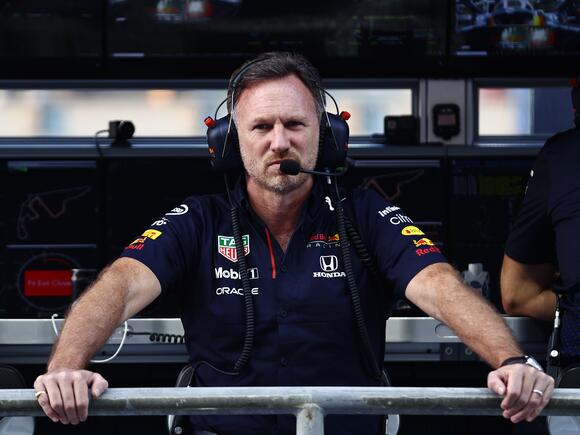 Hamilton has not spoken publicly since the aftermath of the controversial Abu Dhabi Grand Prix, in which FIA Race Director Michael Masi’s unprecedented decision to allow only some lapped cars to un-lap themselves behind the safety car in the latter stages effectively gifted the championship to Max Verstappen and cost Hamilton and an eighth title which would have seen him surpass Michael Schumacher.

Masi’s decision was met with fury from other drivers and fans of the sport, and Mercedes appealed the race result immediately after the chequered flag fell at Yas Marina. Their protest was not upheld, however, and team boss Toto Wolff said a few days later that he and Hamilton were “disillusioned” with the sport and could not guarantee that the most successful driver in the history of the sport would be back to race once again.

The first test event of the 2022 campaign takes place at the Circuit de Catalunya in Barcelona at the end of February, and Hamilton’s attendance is still uncertain. Horner, though, says he hopes to compete with the Stevenage-born driver once again.

“I certainly hope Lewis will be around this year,” Horner told World Is One . “He’s still driving at an incredible level, the two drivers last year were in a league of their own. But ultimately, it’s his choice, it’s his career, it’s his decision, so I’m sure he will decide what’s best for him, what he wants to do, and that’s none of our business.”

Hamilton has spent the off-season training at his home in Colorado in the United States, and is believed to be awaiting the outcomes of the FIA’s investigation into the way in which the Abu Dhabi Grand Prix was run before making an ultimate decision. The sport’s governing body admitted that the reputation of Formula 1 had been “tarnished” by the way the safety car period caused by Nicholas Latifi’s spin into the barriers was handled, and Masi’s future in the sport is not guaranteed either, though there is no obvious qualified replacement for the Australian as Race Director.

New FIA president Mohammed Ben Sulayem will consult with teams and drivers as part of the investigation, with the aim of ensuring a similar controversy doesn’t happen again. An FIA statement on the matter earlier this month said its analysis will be shared with the F1 Commission in February.

Charles Leclerc has revealed that a braking issue caused his crash while driving Niki Lauda’s 1974 Ferrari in Monaco.The Ferrari driver was enjoying a demonstration drive at the Monaco Historic Grand Prix when he lost control of the rear of a classic 312 entering La Rascasse, colliding with the barriers and damaging the rear wing. It continued a strange run of misfortune for the Monegasque on his home Monte Carlo streets, with Leclerc yet to finish a Monaco Grand Prix during his Formula 1 career.The current leader of the Drivers’ Championship standings also failed to finish two races in the...
MOTORSPORTS・1 HOUR AGO
The Independent

England are preparing to announce their new limited-overs coach and a revamped Test squad in the coming days, as Rob Key’s overhaul of the men’s side continues to take shape.Things have been moving quickly at the England and Wales Cricket Board in recent weeks, with Key’s arrival as managing director followed by the appointment of Ben Stokes and Brendon McCullum as captain and coach of the men’s red-ball team.The first Test squad of the summer is now expected to be named on Wednesday, two weeks before England face New Zealand at Lord’s, while a final decision on McCullum’s white-ball counterpart...
SPORTS・2 HOURS AGO