Gunman who followed woman home after accidental bump at Coatesville store on the loose: Police

By 6abc Digital Staff, Katherine Scott
6abc Action News
2022-01-27
Police in Chester County, Pennsylvania are searching for a suspected gunman who they say followed a woman home from a store after an accidental bump. The suspect has been identified as 26-year-old Moenell Coleman of Coatesville. Police say he has ties to Wilmington, Delaware and Norristown, Pennsylvania. 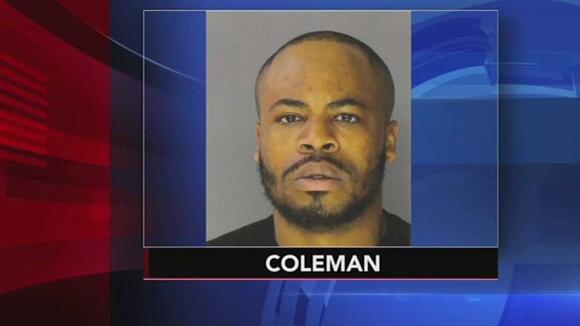 The incident unfolded around 9:50 a.m. Wednesday at the Coatesville Market in the 800 block of East Lincoln Highway. The City of Coatesville Police Department says a woman in her 20s accidentally bumped Coleman while at the market. According to investigators, the woman apologized but Coleman became enraged and threatened to shoot her. The woman left the store, but police say Coleman continued to threaten to shoot her. Police say she drove less than a block away to her home. Coleman, who had followed the woman home from the market, saw her park and approached her house. As the woman opened her front door, police say Coleman fired multiple shots. "I heard the shots. It was like ten," neighbor Jordan Mayo told Action News. "It's crazy out here." "I heard all the sirens, the police, the firefighters, ambulance," said neighbor Betsy, who declined to provide her last name. The woman was grazed in the right leg and treated at the scene. Her brother, who was in the house, was hit by a bullet. He was taken to Paoli Hospital, but his condition has not been released. Chopper 6 was over the scene in Coatesville Wednesday afternoon. Shattered glass could be seen by the front door. 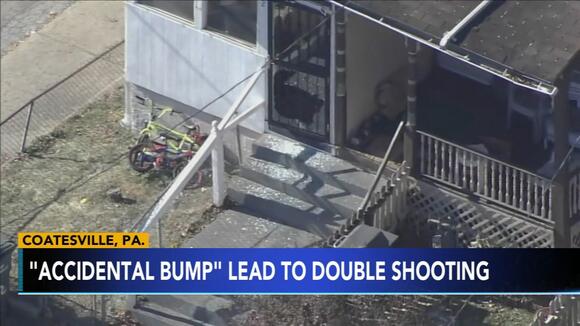 Police say they searched Coleman's home and found evidence of the shooting, but he was not there. Coleman has been charged with two counts of attempted murder, aggravated assault and other crimes. He is considered armed and dangerous. Anyone with information on his whereabouts is asked to call Coatesville police at 610-384-2300.

Just because she accidentally bumped into him? They’re so quick to resort to violence without thinking of the consequences first. Wtf is wrong with these people??? I bet if the woman who bumped him was black, he would have accepted her apology. And they call whitey racist when they’re the most racist people on the planet. And I know this to be true from my experiences with them.

Get this animal off my streets ASAP. Why aren’t we allowed to take shots at him if we see him? Asking for a friend.

According to the superintendent, a fight broke out between two students in the school around 7:30 a.m.
COATESVILLE, PA・7 HOURS AGO
6abc Action News

Worker attacked at 30th Street Station shares story from hospital: 'I sprayed him with Windex'

Looking for a way to protect himself from the knife-wielding attacker, Markell Tilley grabbed the nearest item he could find - a bottle of Windex.
PHILADELPHIA, PA・14 HOURS AGO
6abc Action News

A search for a third suspect is underway after two would-be robbers were arrested after attempting to steal fragrance bottles from an Ulta Beauty store in Chester County.
CHESTER COUNTY, PA・9 HOURS AGO
6abc Action News

Officials announced the arrest of a SEPTA employee who had an active arrest warrant from Philadelphia police for attempted rape.
PHILADELPHIA, PA・8 HOURS AGO

Views from Chopper 6 showed a large crime scene outside of the Dollar General and blood on the ground.
ABSECON, NJ・8 HOURS AGO
6abc Action News

3 teens injured in shooting near Philadelphia school; search on for suspects

Three teens were shot just as school was letting out in the 3900 block of North 17th Street in Tioga-Nicetown.
PHILADELPHIA, PA・22 HOURS AGO
6abc Action News

Police say a 37-year-old man was stabbed once on his side and transported to an area hospital.
PHILADELPHIA, PA・22 HOURS AGO

Surveillance video sent to Action News shows a pick-up truck run a red light and crash into the side of the bus.
PHILADELPHIA, PA・8 HOURS AGO
6abc Action News

Four men were stabbed inside a park in the city's Tioga-Nicetown neighborhood, according to police.
PHILADELPHIA, PA・1 DAY AGO
6abc Action News

Officials announce the arrest of a man after allegedly firing a gunshot at police officers in Norristown, Montgomery County.
NORRISTOWN, PA・2 DAYS AGO

According to officials, a maintenance worker was stabbed twice inside a bathroom at 30th Street Station in Center City.
PHILADELPHIA, PA・1 DAY AGO
6abc Action News

5 people in car, including children, injured in collision with SEPTA bus

During the altercation, the victim was punched, sprayed in the face with mace, and had her phone stolen, SEPTA said.
PHILADELPHIA, PA・2 DAYS AGO
6abc Action News

Two children and a dog were among those rescued.
BETHLEHEM, PA・1 DAY AGO
6abc Action News

Brett Spaulding says he was walking his roommate's dog when they were attacked in their housing development: "The pit bull jumped and grabbed Cheddar's hind leg and swung us down to the street."
CHERRY HILL, NJ・58 MINUTES AGO
6abc Action News

Kathleen Kane was sentenced Monday to two months to a year of jail on the probation violation.
MONTGOMERY COUNTY, PA・1 DAY AGO
6abc Action News

Authorities in Monmouth County, New Jersey said 15 people, including four juveniles, were arrested over the weekend after thousands of revelers responded to a social media flyer for a pop-up party.
LONG BRANCH, NJ・15 HOURS AGO