Though you might not like what I'm about to say, it's the undeniable truth: Crashes and corrections are a normal part of the investing cycle.

Looking back 71 years, there have been 38 double-digit percentage declines in the benchmark S&P 500 , which works out to one about every 1.9 years. As of Jan. 20, the tech-heavy Nasdaq Composite had entered official correction territory (a decline of 10% from recent highs), and it was threatening to pull the widely followed S&P 500 down with it. In other words, with downside catalysts aplenty, we could be on the verge of a steep correction or stock market crash.

While volatility during crashes and corrections can be unnerving, history has shown that these relatively short-term dips are always a buying opportunity for patient investors. If you're looking for a way to minimize your downside risk, while at the same buying into companies with a bright future, these are some of the safest stocks you can buy if a stock market crash occurs. 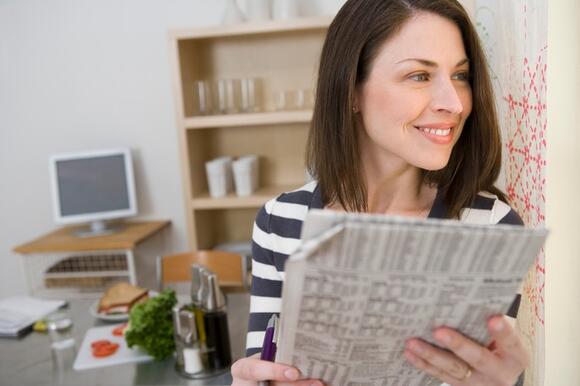 One of the safest stocks investors can consider putting their money to work in during a steep correction or crash is healthcare conglomerate Johnson & Johnson (NYSE: JNJ) . Even though its growth heyday is now in the rearview mirror, this healthcare stalwart has averaged an annual total return, including dividends paid, of 13% over the trailing decade.

One reason investors should trust J&J if a crash materializes is the defensive nature of healthcare stocks . No matter how well or poorly the U.S. economy and stock market are performing, people will continue to get sick and require prescription drugs, medical devices, and healthcare services/products. This certainty of demand allows the company to accurately forecast its sales, cash flow, and profit growth well in advance. Since Wall Street dislikes surprises, J&J's operational steadiness is always welcome.

Another reason Johnson & Johnson is such a safe stock to own is its trio of operating segments : consumer health, medical devices, and pharmaceuticals. Each of these segments brings something important to the table that helps secure everything from J&J's near-term cash flow to long-term growth potential. For instance, sales growth for consumer health products is slow, but pricing power and cash flow from this segment is highly predictable. Meanwhile, the company's medical devices segment is perfectly set up to take advantage of an aging global population with growing access to medical care. Lastly, the company's pharmaceutical segment generates most of its sales growth and profit margin.

According to credit-rating agency Standard & Poor's, Johnson & Johnson is one of the safest companies in the U.S. Only two publicly traded companies in the U.S. have been given the enviable AAA credit rating from S&P, and J&J is one of them. To put this into context, S&P has more confidence that Johnson & Johnson will make good on its outstanding debts than it does of the U.S. federal government paying back its own debts (AA rating).

Since pullbacks in excess of 20% are rare for Johnson & Johnson, it makes for a perfect buy during a crash. 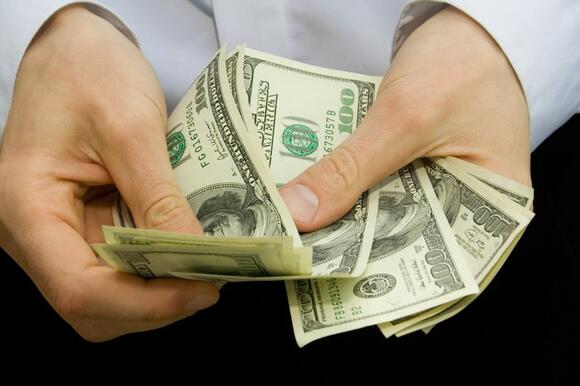 The ironic truth about dividend stocks is that higher-yielding companies often produce lower real returns for investors. Since yield is a function of payout relative to price, a struggling business with a falling share price can trick income investors into thinking they're getting a great deal.

However, not all ultra-high-yield dividend stocks are bad news. In fact, mortgage real estate investment trust (REIT) Annaly Capital Management (NYSE: NLY) , which sports a sustainable yield of more than 11%, would make for the perfect buy if there's a stock market crash.

Mortgage REITs are companies that aim to borrow money at low short-term lending rates, and use this capital to purchase higher-yielding long-term assets, such as mortgage-backed securities. The goal is to generate the widest net interest margin (NIM) possible, where NIM represents the difference between an asset portfolio's average yield minus the average short-term borrowing rate.

As you might imagine, interest rates tend to be front and center, in terms of importance, for a company like Annaly. Although a rising-rate environment can increase its short-term borrowing costs, what's far more important is that the Federal Reserve continues to clearly lay out its monetary policy strategy and sticks to the plan. If the nation's central bank takes tempered yet decisive steps in raising rates, Annaly will have plenty of time to adjust is asset portfolio and maximize its profit potential .

Something else to note about Annaly is the company's penchant for purchasing agency assets . An agency security is protected by the federal government in the unlikely event of default. At the end of September, 92% of Annaly's $94.2 billion in total assets were of the agency variety. Having this added protection allows the company to use leverage to further increase its income potential.

With over $20 billion in dividends paid out since its inception in 1997, and the company averaging a 10% yield over the past two decades, Annaly checks the boxes as a safe buy should a crash occur. 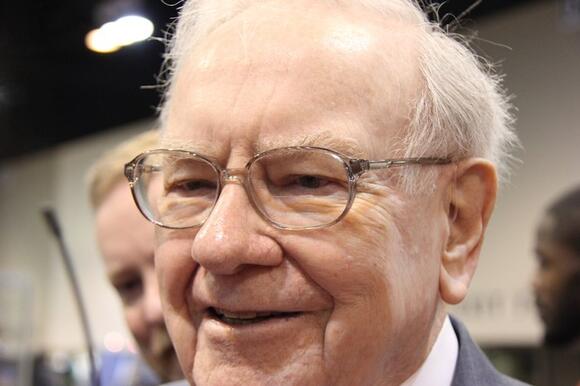 Berkshire is led by billionaire Warren Buffett. Since taking the helm in 1965, Buffett has overseen the creation of more than $600 billion in shareholder value and has produced an average annual return of slightly over 20% . In aggregate, Class A shareholders (BRK.A) from 1965 are now sitting on gains of more than 3,600,000%!

There are a couple of reasons Buffett's company has been such a success for more than five decades. For starters, the Oracle of Omaha and his investment team tend to focus on buying cyclical companies for Berkshire Hathaway's investment portfolio. Cyclical companies in the financial, energy, consumer staple, and tech space tend to perform well when the economy is running on all cylinders and struggle a bit when recessions and contractions rear their head. However, periods of expansion last considerably longer than contractions and recessions. Buffett is simply playing the odds and counting on U.S. and global economic expansion over the long run.

To build on the previous point, Berkshire Hathaway is primed to take advantage of the Fed raising rates in 2022 (and possibly beyond). Buffett's favorite place to put his company's money to work is bank stocks . When lending rates rise, banks with outstanding variable-rate loans generate more in the way of net interest income. Bank of America , which happens to be Berkshire's second-largest holding, is the most interest-sensitive of the big banks. In other words, as rates rise, a significant portion of Buffett's portfolio should see a healthy uptick in earnings.

Additionally, Berkshire Hathaway's success is a reflection of Buffett and his investment team buying dividend stocks for the investment portfolio. This year, the company will likely collect in excess of $5 billion in dividend income. Companies that pay a dividend are often profitable and time-tested.

Riding Buffett's coattails has been a profitable move for decades. There's no reason to believe this strategy will stop working if a correction or crash arises.

10 stocks we like better than Johnson & Johnson
When our award-winning analyst team has a stock tip, it can pay to listen. After all, the newsletter they have run for over a decade, Motley Fool Stock Advisor , has tripled the market.*

They just revealed what they believe are the ten best stocks for investors to buy right now... and Johnson & Johnson wasn't one of them! That's right -- they think these 10 stocks are even better buys.

You could make even more with several of the stocks continuing to soar this year.
STOCKS・2 DAYS AGO
The US Sun

MILLIONS of Americans are set to receive Social Security checks worth up to $1,657 tomorrow. The cash boost will come just 48 hours before Supplemental Security Income payments, worth up to $841, are set to land in around eight million bank accounts on April 29. Seniors with birthdays on the...
BUSINESS・27 DAYS AGO

Sign up for the Fortune Features email list so you don’t miss our biggest features, exclusive interviews, and investigations. U.S. tariffs on Chinese imports survived a change in administration, but the trade-war-era levies may not survive record inflation. “We’re certainly looking at where we see costs being raised and,...
PRESIDENTIAL ELECTION・27 DAYS AGO
The Motley Fool

The impact of rising costs took investors by surprise this week.
STOCKS・3 DAYS AGO
The Motley Fool

These passive income powerhouses, with yields ranging between 5.5% and 12%, can combat historically high inflation and make patient investors richer over time.
STOCKS・1 DAY AGO

All indications are that home prices cannot continue to rise at the current rate.
BUSINESS・2 DAYS AGO
Business Insider

The past gives reason for optimism about the future.
STOCKS・1 DAY AGO

Buying these high-quality real estate investment trusts can make your capital work for you to create growing passive income and wealth.
STOCKS・1 DAY AGO
The Motley Fool

Successful fund managers are piling into these four time-tested companies.
STOCKS・8 HOURS AGO
The Motley Fool

Is the EV king heading for a major correction?
STOCKS・1 DAY AGO
The Motley Fool

This company had record results in 2021 before headwinds in 2022 caused the stock price to crash.
STOCKS・1 DAY AGO
The Motley Fool

The stock's valuation is getting closer to reasonable levels, but it may not stay there for long.
STOCKS・7 HOURS AGO
The Motley Fool

Nvidia, Meta Platforms, and The Trade Desk are all promising AI plays.
STOCKS・2 HOURS AGO