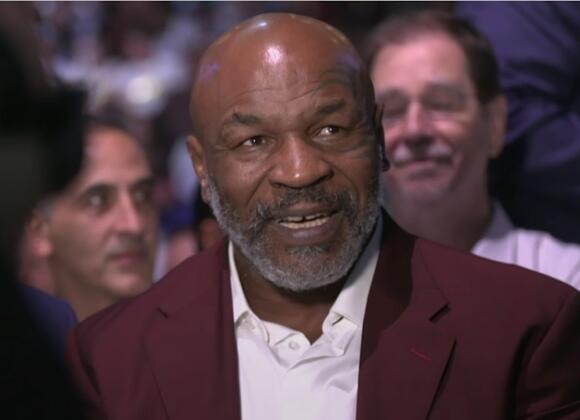 55-year-old Tyson stepped back into the ring for a bout with Ray Jones Jr. in 2020, which ended in a draw, while Paul has won five cruiserweight fights since turning professional in the same year.

That led to chatter that the two could come together for a money-spinning event in 2022, and though Tyson admits the idea was raised to him, the former heavyweight champion of the world says no serious discussions ever took place.

Speaking on the FULL SEND podcast, Tyson explained the origin of his desire to return to boxing was to have fun rather than financial gain, and said the focus on money-making has ruined things for him.

“Every 12-13 months, boom! Something’s missing,” Tyson said. “Boom! I’m losing muscle mass. It’s always something different. And, I don’t know. Guys want to fight me for $100million. I don’t think I’d ever just do stuff like that anymore. I wanted to do it the first time just for fun, just to have fun. Then some people took it to another level and made it financial and the fun went out of it.”

Joe Rogan appeared on the same podcast episode, and told Tyson he would prefer him to avoid a further return to the ring in future. Tyson agreed, saying: “I don’t think I will either, but you never know.”

Paul has beaten fighters including former MMA champions Ben Askren and Tyron Woodley in the professional ranks, defeating the latter again in December after a bout with Love Island star Tommy Fury was called off due to medical issue for the latter. Though fights involving Paul often draw big audience numbers and sponsorship revenue, they are frequently ridiculed by pundits, fans, and boxers alike.

Tyson explained that discussions over facing Paul were informal, and his interest in another potential comeback fight is low. “It was all word of mouth and stuff,” he said. “I’m not even interested in doing this stuff. If it was back when it first started, and we were both on the same card and active, yeah I’d do it. But [coming back to boxing] just turned bad. It didn’t turn out right.”