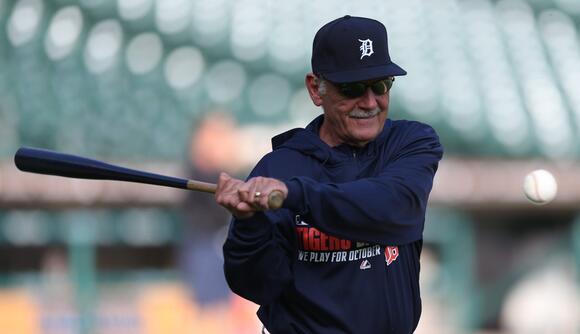 PITTSBURGH (93.7 the Fan) Just under 24 hours after the National Baseball Hall of Fame announced that Boston Red Sox legend David Ortiz will be the only new inductee, a lot of conversation was made regarding the fate of a few players.

Most notably, the MLB’s all-time homeruns leader Barry Bonds missed out on the Hall for the 10 th and final time.

Along with Bonds came Roger Clemens and Curt Schilling as players who no doubt had the skill to reach the Hall, but were left out for reasons of voting.

Former Pittsburgh Pirates manager Jim Leyland joined the PM Team Wednesday afternoon to discuss the Hall of Fame’s decision to leave out his former player and opponent in Bonds.

According to Leyalnd, Bonds is the best player to ever play the game of baseball.

“I believe as a baseball guy, as a manager that saw him first hand, and a manager that managed against him,” Leyand said. “I believe that Barry Bonds is arguably the greatest player to ever play the game.”

Judging by the numbers, it’s a fair statement; Bonds holds both the single season and career homerun records, as well as a 14 time all-star, seven time MVP, and eight time Gold Glove winner.

As for why someone with those stats isn’t in the Hall of Fame? Well, the steroids accusations are a big part, but also the voter’s vendetta against him.

Bonds is well known as not one of the most liked guys in media circles, but why should that hold him from the Hall?

Leyland says that he doesn’t want to see the Hall of Fame become a popularity contest.

“The one thing we have to be careful about… You don’t want the Hall of Fame to become a popularity contest.”

Leyland went on to expand his thoughts by discussing how Bonds was not liked by the media.

“Bonds as we all know, was not really popular with the media,” Leyland said. “You can’t let that blur your judgement of what he did and what he accomplished.”

Leyland makes a great point; Bonds wasn’t liked by the media and has a steroid allegation against him, so he’s barred from the hallowed halls.

Ortiz tested positive for steroids in 2003, but was well liked by many in the media and will forever be known as a first ballot Hall of Famer.

After 10 years on the ballot, Bonds has failed to reach the Hall of Fame, and it doesn’t have anything to do with steroids anymore.

Big Ben or Rodgers? Whose career would you want?

We’re in the period between the NFL draft and Organized Team Activities so shows like “Good Morning Football” need to come up with content constantly, even when there isn’t much going on.
NFL・2 DAYS AGO
93.7 The Fan

Hall of Fame linebacker Jack Ham’s name was floating around after former Bills General Manager Doug Whaley said he doesn’t believe the Super Bowl champion would be a starter in today’s version of the NFL and would be a backup special teams player.
PITTSBURGH, PA・1 DAY AGO
93.7 The Fan

Big Ben having a little fun for Throwback Thursday