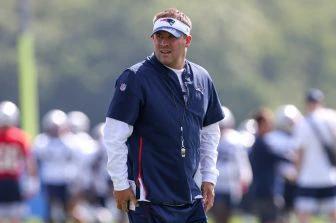 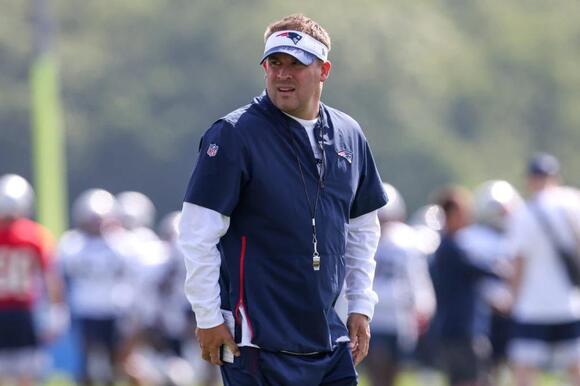 It was reported earlier this week that New England Patrots offensive coordinator Josh McDaniels was the leader in the clubhouse to become the next Las Vegas Raiders head coach .

Despite not formerly interviewing with Raiders owner Mark Davis, McDaniels was already calling around the league to form a coaching staff.

His link to Patriots director of player personnel Dave Ziegler, who has already interviewed for the Raiders’ general manager job, led to speculation that McDaniels was headed to Vegas.

“McDaniels apparently had been calling coaches around the league about putting together a staff, but it appears something happened in the last 24 hours,” Vic Tafur of The Athletic reported Wednesday . “League sources don’t know if the issue was about compensation or the power structure in Las Vegas or both, but it seems Ziegler and McDaniels are not the leaders in the clubhouse anymore.”

This is a dramatic shift when it comes to the Raiders’ search for a head coach. It also potentially paints Josh McDaniels in a bad light.

Remember, he had been announced as the new head coach of the Indianapolis Colts back in February of 2018.

At that point, McDaniels had already hired a coaching staff. Later that same day, McDaniels announced that he was not headed to the Colts and opted to remain in New England. Those around the NFL were thrown for a loop , leading to some major questions being thrown in McDaniels’ direction. Ultimately, the Colts hired Frank Reich to be their new head coach. He kept a vast majority of the assistants McDaniels had hired.

With Josh McDaniels likely out, what’s in the cards for the Raiders?

Jim Harbaugh has been bandied about the most as a potential head coach candidate for the Raiders. However, the current Michigan head man has not yet interviewed for the job and is in negotiations for a contract extension with the Wolverines.

A lot of this will be tied to who the Raiders bring in to replace recently-fired general manager Mike Mayock. In addition to Ziegler, the likes of Tennessee Titans national scout Ruston Webster and Pittsburgh Steelers scouting director Brandon Hunt, among others, are current candidates for the job.

Two weeks after an arrest warrant was issued against Earl Thomas, the former All-Pro safety was arrested on Friday in
ORANGE COUNTY, TX・2 DAYS AGO

The college football rankings are the bottom-line determination of a team’s fate. Beginning with the Associated Press and coaches polls, and followed by the College
CINCINNATI, OH・21 HOURS AGO
Sportsnaut

Who are the highest paid NFL players? As the salary cap climbs, the top NFL salaries soar every year with
NFL・20 HOURS AGO
Sportsnaut

The Tennessee Titans are the latest NFL stadium making plans for a new stadium. However, unlike the Buffalo Bills, it
NFL・1 DAY AGO