Meta Platforms (NASDAQ: FB) might be the king of social media thanks to its all-powerful core assets Facebook and Instagram, but the company's stock wasn't treated like royalty on Wednesday. Investors traded it down by nearly 2% on the day, following cuts to pre-earnings price targets by a clutch of analysts.

More than one prognosticator has become notably cooler on Meta Platforms' stock of late. On Wednesday, Guggenheim's Michael Morris took a pair of scissors to his target on the social media giant, trimming it to $365 from the previous $395. Since the new level still implies a more than 20% gain from the current price, though, he's maintaining his buy recommendation on the shares. 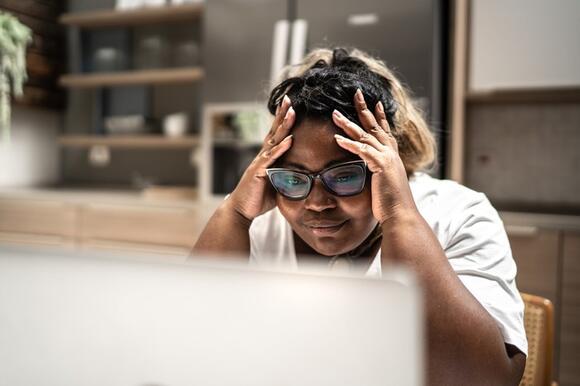 Cutter No. 2 on the day was RBC Capital analyst Brad Erickson, who made a less aggressive reduction from $415 per share to $400. Like Morris, though, he's leaving his outperform (i.e., buy) recommendation in place.

Erickson justified his move with the assertion that Meta Platforms "may be more exposed to TikTok risk than investors may realize," referring to the wildly popular short-video service that competes somewhat with similar offerings on Facebook and Instagram.

We're now exactly one week away from Meta Platforms' next quarterly earnings release. According to data compiled by Yahoo! Finance, on average 39 analysts tracking the stock are expecting a per-share net profit of $3.84 for the company's fourth quarter, down slightly from the $3.88 of the previous year. But that's on revenue that is anticipated to rise precipitously by nearly 20% to just under $33.4 billion.

Unsurprisingly, both are stablecoins.
STOCKS・2 DAYS AGO

Are investors overreacting to Netflix's latest underperformance?
STOCKS・1 DAY AGO
The US Sun

MILLIONS of Americans are set to receive Social Security checks worth up to $1,657 tomorrow. The cash boost will come just 48 hours before Supplemental Security Income payments, worth up to $841, are set to land in around eight million bank accounts on April 29. Seniors with birthdays on the...
BUSINESS・23 DAYS AGO
dailyhodl.com

Silk Road founder Ross Ulbricht is forfeiting billions of dollars worth of Bitcoin (BTC) and other crypto assets to the US government. According to a new court filing, Ulbricht will relinquish any claim to over 69,000 BTC and undisclosed amounts of Bitcoin Gold (BTG), Bitcoin SV (BSV) and Bitcoin Cash (BCH) worth a combined $3 billion as part of a settlement.
PUBLIC SAFETY・24 DAYS AGO
electrek.co

As part of a lawsuit between shareholders and Elon Musk regarding his “funding secured” tweet, new text messages and emails between Musk and people involved have been released. The communications pretty much confirmed how most people saw the situation: Elon Musk took a meeting with the head of...
BUSINESS・24 DAYS AGO

A member of a superyacht crew also told The Times of London that one owner had his bar stools made from whale foreskin.
BOATS & WATERCRAFTS・25 DAYS AGO
The Motley Fool

These stocks have been heavily sold off, but their long-term prospects are fantastic.
STOCKS・2 DAYS AGO
itechpost.com

Dorsey, who was CEO of the company until November 2021, took to the platform to pen his thoughts on the new changes.
BUSINESS・22 DAYS AGO
The Motley Fool

Are you on track to earn the $4,194 max benefit amount?
BUSINESS・1 DAY AGO
inputmag.com

Elon Musk, the world’s wealthiest man, who thinks tunnels are immune to natural disasters, is purchasing Twitter. The company confirmed on Monday afternoon that it had accepted the billionaire’s offer. “Twitter, Inc. today announced that it has entered into a definitive agreement to be acquired by an entity wholly owned by Elon Musk, for $54.20 per share in cash in a transaction valued at approximately $44 billion,” reads the official press release. “Upon completion of the transaction, Twitter will become a privately held company.”
BUSINESS・23 DAYS AGO
The Motley Fool

Enjoy your "Golden Years" while these stocks preserve and build your nest egg.
BUSINESS・4 HOURS AGO
The Motley Fool

It may not be as scary as homeowners expect.
REAL ESTATE・7 HOURS AGO
The Motley Fool

One of the most promising cryptocurrencies has cratered.
STOCKS・2 DAYS AGO