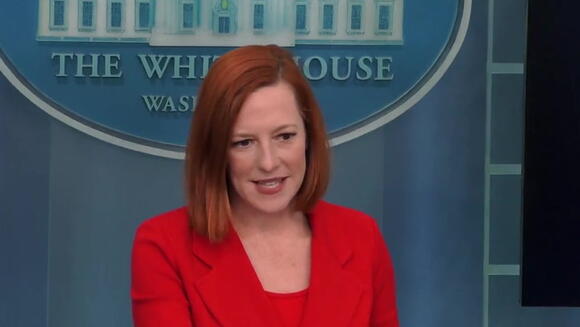 When President Joe Biden announced a slate of judicial nominations on 29 March last year, one nomination to the US Court of Appeals for the District of Columbia stood out to veteran court-watchers.

Mr Biden’s pick for the seat once held by current US Attorney General Merrick Garland was US District Judge Ketanji Brown Jackson, a Florida native and double Harvard graduate (undergraduate and law school) who had been named to the federal bench by then-president Barack Obama in 2013.

The choice of Ms Jackson for the vacancy created by Mr Garland’s move to the Justice Department would make her the only Black woman judge on an appellate court that has produced three of the nine current Supreme Court justices – Clarence Thomas, Brett Kavanaugh, and Chief Justice John Roberts – and from which former chief justices Warren Burger and Fred Vinson as well as associate justices Wiley Blount Rutledge, Antonin Scalia and Ruth Bader Ginsburg served before being named to the supreme court.

Now, with Justice Stephen Breyer set to step down at the end of the court’s current term, Mr Biden is in a position to fulfill his 2020 campaign promise to name a Black woman to serve on the highest court in the United States. And Ms Jackson, who was commissioned as a circuit court judge on 17 June last year, is now considered a frontrunner to be Mr Biden’s choice to replace the court’s longest-serving liberal justice.

Ms Brown has been under consideration for a Supreme Court seat before. When Justice Scalia passed away unexpectedly in early 2016, she was one of five candidates whom then-president Barack Obama interviewed before choosing Mr Garland as his pick to succeed Scalia.

Ironically, Mr Breyer’s retirement while the Senate is in Democratic hands means she – or any of Mr Biden’s court picks – will not suffer the fate of Mr Garland, who never received so much as a hearing on his nomination.

After she appeared before the Senate Judiciary Committee last April, only one Republican, Texas Senator John Cornyn, voted to advance her nomination to the Senate floor. Only three from the GOP side – Sens Susan Collins, Lindsey Graham, and Lisa Murkowski – voted to confirm her to the DC Circuit.

Here is what else you need to know about Ms Brown. 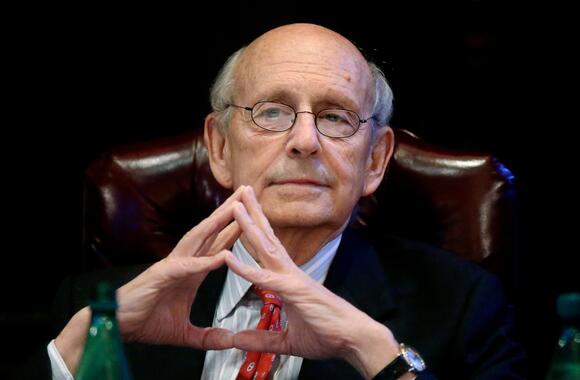 She is related to a former top House Republican

Dr Brown has a brother, William, who is married to a woman named Dana Little, whose sister Janna is married to former Speaker of the House Paul Ryan.

She worked in journalism before attending law school

According to a questionnaire submitted to the Senate Judiciary Committee, Ms Jackson spent 1992 and 1993 working as a staff reporter and researcher for TIME magazine. 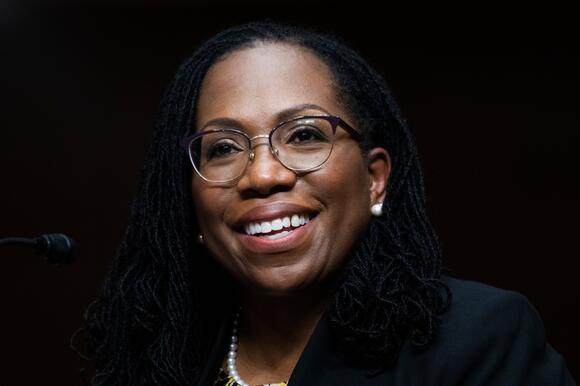 From 1999 to 2000, Ms Jackson served as a clerk to Justice Breyer. She also served as a law clerk for First Circuit Court of Appeals Judge Bruce Selya from 1997 to 1998, and to Massachusetts District Judge Patti Sarlis from 1996 to 1997.

Many of the sitting justices on the high court served in prosecutorial roles before being named to the bench. Justice Sonya Sotomayor spent several years as a New York City assistant district attorney after graduating from Harvard Law School. Justice Samual Alito served for three years as New Jersey’s top federal prosecutor before then-president George HW Bush nominated him to the bench in 1990. And Justice Brett Kavanaugh served as a deputy independent counsel during Kenneth Starr’s years-long investigation of Bill Clinton.

But Ms Jackson would be the first Supreme Court justice in recent memory to have spent time representing indigent criminal defendants, having served as an Assistant Federal Defender in DC from 2005 to 2007.

As a district court judge, Ms Jackson made headlines when she issued a November 2019 ruling ordering former White House counsel Don McGahn to testify before the House Judiciary Committee.

Mr McGahn had argued that as a high-level aide to Mr Trump, he enjoyed “absolute immunity” from being compelled to testify in the committee’s investigation into whether Mr Trump obstructed former special counsel Robert Mueller’s probe into Russian interference in the 2016 election.

Ms Jackson wrote in her opinion that “absolute immunity from compelled congressional process simply does not exist … because compulsory appearance by dint of a subpoena is a legal construct, not a political one, and per the Constitution, no one is above the law”.

In December, she was one member of a three-judge panel who upheld District Judge Tanya Chutkan’s opinion holding that Mr Trump could not prevent the House select committee investigating the 6 January insurrection from obtaining White House records over which Mr Biden had declined to assert executive privilege.

When President Joe Biden named Kamala Harris as his running mate, he promised his former campaign rival would be one of the most influential voices in the White House.
PRESIDENTIAL ELECTION・24 DAYS AGO
Business Insider

Greene testified on Friday that she didn't recall whether she asked Trump to invoke military rule, despite telling Meadows to relay the idea to Trump.
ATLANTA, GA・24 DAYS AGO
USA TODAY

The Centers for Disease Control and Protection announced in April that the Title 42 would be rescinded on May 23.
LOUISIANA STATE・24 DAYS AGO
Deadline

Click here to read the full article. UPDATED: When America fell asleep watching the election returns last night, Dave McCormick led Dr. Mehmet Oz 31.2% to 31.1% in the race to become the Republican nominee in the election for the Pennsylvania Senate seat being vacated by Pat Toomey. What a difference a day makes. Late today, those results had flipped, with Oz registering 31.2% and McCormick 31.1%. A New York Times tally had the lead at just over 1200 votes. Thousands of votes are outstanding — many of them mail in ballots — and, according to several reports, they could take...
PENNSYLVANIA STATE・1 DAY AGO

The former adviser to Donald Trump said Putin probably needed glasses and ate and drank nothing at a dinner she attended, where the Russian president "barely gave her a glance."
POTUS・3 DAYS AGO
NBC News

MEXICO CITY — Mexican President Andrés Manuel López Obrador on Monday urged U.S. Latinos not to vote in November’s midterm elections for politicians who have “mistreated” them, in response to a comment by former U.S. President Donald Trump. Trump boasted at a rally in...
PRESIDENTIAL ELECTION・23 DAYS AGO
The Independent

Defeated Pennsylvania Senate candidate Kathy Barnette has placed blame for her third-place finish in Tuesday’s Republican primary squarely on the shoulders of Fox News host Sean Hannity. In a video posted to her Twitter account early on Wednesday morning, Ms Barnette thanked her supporters, but pivoted to attacking the Fox commentator.“I do want to say: never forget what Sean Hannity did in this race. Almost single-handedly, Sean Hannity sowed seeds of disinformation, flat-out lies every night for the past five days. And that was just extremely hard to overcome, apparently”.Ms Barnette’s grievance with Hannity stems from his decision to...
PENNSYLVANIA STATE・1 DAY AGO

The former president referenced scoring well on a cognitive test in 2018, which is designed to detect whether a person has early stages of dementia.
DELAWARE COUNTY, OH・25 DAYS AGO
Newsweek

Individual judges may not like the policy choices of the Biden administration, but it is not their job to weigh in on that policy debate.
TEXAS STATE・24 DAYS AGO
Newsweek

"This should never have been allowed to occur to my colleague," Representative Matt Gaetz said about the legal challenge seeking to disqualify Greene.
GEORGIA STATE・24 DAYS AGO
The Independent

Congresswoman Lucy McBath shared her struggles with miscarriages on Wednesday to advocate for women's reproductive rights in the United States in the wake of a leaked draft opinion from the conservative-majority Supreme Court to overturn the Roe v Wade decision.Speaking at a US House judiciary committee hearing on the "ongoing crisis in abortion care access", the Georgia Democrat argued that the legislation introduced in right-wing states could impact the treatment of women who had undergone miscarriages and stillbirths."One day I woke up covered in blood. It is hard to describe the agony of a miscarriage. It is heartbreak, it's...
GEORGIA STATE・1 DAY AGO

Kellyanne Conway has revealed that Ivanka Trump gave her the numbers of marriage therapists as her husband attacked and insulted her boss Donald Trump on Twitter.The one-term president’s 2016 campaign manager and White House adviser opens up about her marital woes in her new book in which she also writes that former first lady Melania Trump was supportive of her during difficult periods.Ms Conway says that Ivanka offered her help and “empathy” as George Conway publicly derided Mr Trump on the social media platform.“A week after that conversation, and based on my stated openness to the idea, Ivanka came into...
RELATIONSHIPS・15 HOURS AGO
The Independent

Hillary Clinton's presidential campaign did not authorize a lawyer to meet with the FBI and provide information that was meant to cast suspicions on rival candidate Donald Trump and possible connections to Russia, according to trial testimony Wednesday.Michael Sussmann, a lawyer for Clinton's 2016 campaign, is charged with lying to the FBI during a meeting at which he presented the bureau's top lawyer with data that purported to show mysterious contact between computer servers of a Russia-based bank and Trump's company, the Trump Organization. Prosecutors say Sussmann misled the FBI by saying he wasn't participating in the meeting on...
PRESIDENTIAL ELECTION・1 DAY AGO
The Independent

Voices: The Democratic Party has a lot of sore losers. That needs to change — and quickly

Last night, Pennsylvania Democrats overwhelmingly chose John Fetterman, the commonwealth’s sitting Lieutenant Governor, as their party’s nominee for the Senate seat Republican Pat Toomey will vacate in January.Fetterman defeated two other candidates, neither of whom was lacking for establishment backing.One of them, Conor Lamb, is a centrist House member, ex-federal prosecutor and US Marine veteran who currently represents the Keystone State’s 17th district. He generally fits the profile of candidates Democrats have tried to put forth in areas Donald Trump carried in 2016: White, with a military or law enforcement background.The other, Pennsylvania state Representative Malcolm Kenyatta, is considered by...
PENNSYLVANIA STATE・1 DAY AGO
The Independent

Pennsylvania lieutenant governor John Fetterman won the Democratic nomination for a key US Senate seat on the same day he underwent a procedure to implant a pacemaker after suffering a stroke.Mr Fetterman received the news while in the hospital and said he is back from the procedure and was resting as he thanked voters.“I just got out of a procedure to implant a pacemaker with a defibrillator in my heart. We got the all-clear that it was successful, and that I’m on track for a full recovery,” he tweeted on Tuesday night.“Thank yinz for the well-wishes - it means the...
PENNSYLVANIA STATE・2 DAYS AGO