HeySoCal is here to change the way you engage with local news. HeySoCal is an evolution. Built on 25 years of experience in community coverage, the publication carries its years well, informing game-changing editorial efforts with the trained eye of a newsroom that’s been here the whole time. We are passionate, we are loud, and we are more than ready to bring excellent and accessible hyper-local news to the Southland. Our company started with one newspaper in 1996 and has since grown to 28 local newspapers serving over 200 communities. We deliver complete local news coverage and fresh feature perspectives from Santa Monica to the San Gabriel Valley and Long Beach to the San Fernando Valley. 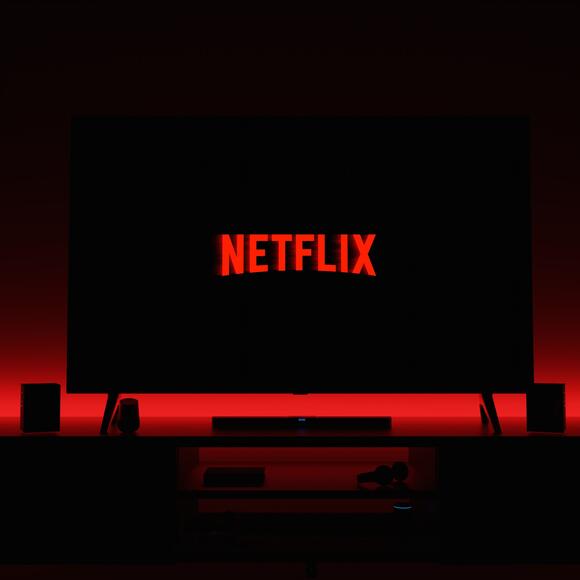 “The Royal Treatment” was the most-watched English-language movie on Netflix over the past week, with viewers spending 42.49 million hours watching the romantic comedy in its first four days of release, according to figures released Tuesday by the streaming service.

Two other films were on the latest top 10 that were not on the previous week’s.

Dropping out of the top 10 were the 2011 Adam Sandler-starring romantic comedy “Just Go With It,” the science fiction thriller “Tides” and the 2018 coming of age thriller, “The Clovehitch Killer.”

“Red Notice” was eighth with 7.31 million hours watched, increasing its total to a record 438.71 million hours in its 73 days of release through Sunday.

Netflix’s most-watched television program was “Ozark,” with viewers watching the first seven episodes of the crime drama’s fourth and final season for 77.01 million hours in their first three days of release.

The first season of “Ozark” was among two other programs in the latest top 10 not in the previous week’s, placing fifth with 24.48 million hours watched of its 10 episodes.

The other was the third season of the dating series “Too Hot to Handle,” third with 41.1 million hours watched of its 10 episodes in the first five days they were available.

Dropping out of the top 10 were the first season of the fantasy drama “The Witcher,” the second season of the canceled NBC supernatural drama “Manifest” and the third season of “Cobra Kai,” the sequel to the 1984 film “The Karate Kid.”

The 10 most-watched English-language movies on Netflix were “The Royal Treatment”; “Brazen”; “Don’t Look Up”; “The Secret Life of Pets 2”; “Riverdance: The Animated Adventure”; “Munich — The Edge of War”; “After We Fell”; “Red Notice”; “Back to the Outback”; and “Mother/Android.”

ever think because we are board and desperate for any decent continent now that most of crud is either old or foreign content with drab story lines. not that it was fmgood?

This being a "most watched" just illustrates how desperate and doomed we are.

Once again, Disney (DIS) - Get Walt Disney Company Report is finding itself embroiled in a political quagmire owing to its support of the LGBTQ community, after Florida Gov. Ron DeSantis punished Disney for denouncing his “Don’t Say Gay Bill,” by seeking to revoke Disney World’s designation as a special tax district (which as we pointed out, is ultimately a meaningless gesture).
FLORIDA STATE・20 DAYS AGO
Popculture

Netflix has canceled another one of its major shows, with this one getting the ax after only two seasons. Variety reports that hit sci-fi drama Raising Dion has been dropped by the streamer, following its recent season debut. The news seems to have been revealed by series star Sammi Haney, who shared the news with fans on Instagram. "Sad to say that Raising Dion is CANCELED [sic] Thank you for all of the amazing support we got from all of our wonderful fans!" Haney wrote, in part. "Season 2 was a success, equal to Season 1, even if just looking at how many people watched all of it and wanted a season 3!"
TV SERIES・20 DAYS AGO
Popculture

One of the stars of This Is Us is on the move to a new network in advance of the show's series finale. Deadline reported in March that Chris Sullivan, who plays Toby on the NBC series, will headline a comedy pilot for ABC. His new show is set to be titled The Son In Law.
TV SERIES・20 DAYS AGO
Insider

Kate Hudson has realized one of her dreams and has taken to Instagram to share the incredible news with her 15 million followers. Sharing two pictures of her looking casual in a pair of baggy dip-dyed trousers and a white tank top, and singing into a microphone, the actress announced a surprising career change.
CELEBRITIES・20 DAYS AGO
ComicBook

After weeks of silence, Chris Rock has finally addressed his now-infamous incident with Will Smith at March's 94th Annual Academy Awards. During another sold-out show at Baltimore's Lyric Performing Arts Center on Friday, Rock directly referenced the slap, but only spent a second on it before moving on with his set.
BALTIMORE, MD・22 DAYS AGO
Hello Magazine

Gwyneth Paltrow is a doting mom to two teenage children, Apple and Moses, who she shares with ex-husband Chris Martin. The family are notoriously private, but over the weekend the award-winning actress gave a rare insight into their upcoming plans - and how they are changing things up this year for Mother's Day.
FAMILY RELATIONSHIPS・20 DAYS AGO

She’s definitely embracing the Hawaii lifestyle, and now “NCIS: Hawai’i” star Vanessa Lachey is showing off her everyday surrounding to her Instagram followers. “Hawai’i = Home,” Vanessa Lachey declares in her latest social media post. The “NCIS: Hawai’i” star also shares a snapshot of her sitting in a breathtaking area in Hawaii.
HAWAII STATE・20 DAYS AGO
hotnewhiphop.com

Flo Milli is setting some boundaries. The Alabama native is known for hits like "In The Party," "May I," and "Not Friendly," and while she loves to see fans in the audience having a good time and turning up at her shows, she's not impressed with watching them snort lines from up on stage.
CELEBRITIES・22 DAYS AGO
Popculture

Spring is always a big time for engagements and weddings, and two beloved internet personalities are the latest to update their relationship status. On April 18, Rachel "Seltzer" Quirico revealed she and longtime boyfriend Trevor "TorcH" Housten were tying the knot after 17 years together. Both of them are beloved figures in the esports world, with Seltzer notably starring in the Syfy reality show WCG Ultimate Gamer. She's also hosted numerous esports tournaments and events for TV/streaming outlets; she also made a recent appearance on G4 TV's Boosted.
RELATIONSHIP ADVICE・21 DAYS AGO
PopCrush

90 Day Fiancé: Before the 90 Days star Johnny Chao is showing off a new look on social media. The reality TV star rocked a fresh-faced look on the show. However, Chao debuted some new facial hair in his most recent post on Instagram. More specifically, he grew a beard and mustache.
TV & VIDEOS・20 DAYS AGO

Landmark Theatres’ Pico location to close at end of May

Movie-goers took to Twitter Thursday with sadness and concern for L.A.’s dwindling supply of arthouse film theaters following news that the Landmark Theatres Pico location will close its doors at the end of the month after 15 years. “For months, we’ve worked to extend our tenancy of The Landmark...
LOS ANGELES, CA・4 DAYS AGO

HeySoCal is here to change the way you engage with local news. HeySoCal is an evolution. Built on 25 years of experience in community coverage, the publication carries its years well, informing game-changing editorial efforts with the trained eye of a newsroom that’s been here the whole time. We are passionate, we are loud, and we are more than ready to bring excellent and accessible hyper-local news to the Southland. Our company started with one newspaper in 1996 and has since grown to 28 local newspapers serving over 200 communities. We deliver complete local news coverage and fresh feature perspectives from Santa Monica to the San Gabriel Valley and Long Beach to the San Fernando Valley.