Did you know there’s a hidden paint app on your Mac? Here’s how to find it 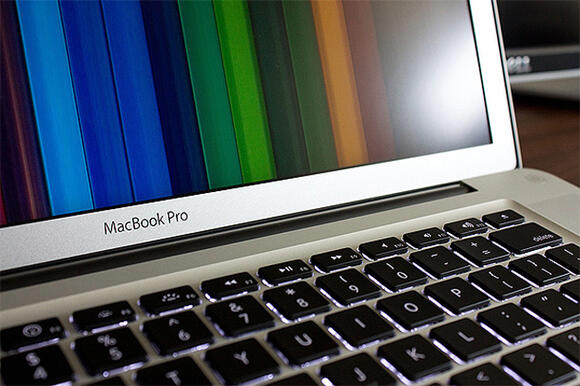 Every once in a while, Apple introduces a new OS for its Macs that provides us with brand new features. Apple’s OS X 10.10 Yosemite software introduced so many new features that users back in 2014. OS X had some old features that you might not know about that still exist today. Even now, with macOS Monterey , there are a ton of programs on your mac computer this whole time. Paint has never been easier to utilize.

As Dave Winer pointed out on Scripting News (via The Loop ), Apple’s Preview app was somewhat hidden paint function that most users had no idea it was there.

Winer’s instructions for accessing the paint functions in Apple’s Preview app include a few extra steps, which we’ll amend them here.

All you have to do is open any image file on your computer in Preview (if Preview isn’t your default app for image files, simply right-click on a file, hover over “Open With,” and then select “Preview.app”).

Then in the top menu in Preview, you’ll see a toolbox icon. Just click it and you’re ready to go. You’ll see your ability to do so much in Preview that previous versions of macOS didn’t have.

At the top of the screen, you’ll see the “Show Markup Tool” button with no label all the way to the right. It looks like a small pencil in a circle.

Click it, and you’ll open a whole new menu full of tools you can use to draw, write, and more.

The paint functions in Preview aren’t exactly on par with something like Photoshop, but there are plenty of simple tools for quick edits and markups. You can draw on documents, sign documents digitally and do even more with your laptop’s trackpad or a Magic Trackpad.

The post Did you know there’s a hidden paint app on your Mac? Here’s how to find it appeared first on BGR .

If you purchase an independently reviewed product or service through a link on our website, we may receive an affiliate commission. When you hunt for deals on Amazon, you’re probably often looking for popular products like Apple AirPods and Instant Pots. Yes, it’s great to save some money on best-sellers like those, but you’re not going to wow anyone with them. There are so many cool gadgets on Amazon. And some of the best Amazon finds cost under $40!
ELECTRONICS・3 DAYS AGO
BGR.com

Get any new flagship smartphone and it’ll probably come with at least 128GB of storage onboard. The only odd exception is the 2022 iPhone SE refresh, which starts at 64GB. From 128GB, you can bump the flash memory to 256GB on most devices. Some flagships go even higher, offering 512GB and 1TB storage tiers. And some Android devices take microSD cards that let you expand available local storage even more. With that in mind, we expect the iPhone 14 phones to launch with at least 128GB onboard. But one rumor says that iPhone 14 Pro storage might start at double that amount, or 256GB.
CELL PHONES・3 DAYS AGO
BGR.com

The BGR Deals team dug extra deep on Wednesday to find the very best deals online. And so many of these awesome sales are bargains you won’t find anywhere else. Highlights today start with #1 best-selling Esicoo smart plugs with Alexa and Google. They’re down to just $4.49 each when you buy a 4-pack.
ELECTRONICS・4 DAYS AGO
BGR.com

Memorial Day 2022 is just over one week away and we’re sure you’re all looking forward to the long weekend. Of course, we’re far more excited about all the crazy deals out there right now!. Highlights on Thursday include Apple AirPods 3 for just $149.99. That matches...
ELECTRONICS・3 DAYS AGO

Get a Ring Video Doorbell for $52 in this Amazon sale

There are some smart home devices that everyone should have. And when it comes to smart home devices, you should always be on the lookout for Ring doorbell deals. It doesn’t matter whether or not you’re tech-savvy. As a matter of fact, it doesn’t even matter if you have no idea what the actual definition of a smart home device is. You’ve still undoubtedly heard of gadgets like Echo speakers and smart plugs.
ELECTRONICS・1 DAY AGO
BGR.com

Google Messages users in one country are being bombarded with ads

Avoiding ads is a fool’s errand, but some of us have it far worse than others. During its I/O keynote last week, Google discussed the advantages of Rich Communication Services (RCS) messaging. One Googler even poked fun at Apple for refusing to adopt the technology. But what Google failed to mention during the keynote was how some businesses are abusing a feature of RCS to spam Google Messages users with ads.
CELL PHONES・3 DAYS AGO
BGR.com

Thursday, May 19 is Global Accessibility Awareness Day. In honor of the upcoming event, Apple has shared details about several accessibility features for iOS, Mac, and iPad coming later this year. Some of the features will also be available on the Apple Watch, too. The company says the new options...
ELECTRONICS・4 DAYS AGO
BGR.com

Not all wireless earbuds are made equally. You’re almost never going to find the exact same design for any pair of earbuds. Each company is trying to put out its version of the best possible wireless earbud. A company that has been in the audio game for many years is Skullcandy. Its latest entry, the Skullcandy Mod true wireless earbuds, are being marketed for their audio abilities and usability.
ELECTRONICS・5 DAYS AGO

Everyone out there deserves to have some fun this summer. That’s especially true after everything we’ve all been through over the past few years. Outdoor activities are awesome every summer, but especially during the pandemic. And if you’re headed to the beach this summer, you’re probably on the lookout for the best beach towels for sand.
SHOPPING・4 DAYS AGO
BGR.com

As intrigued as we are by the iPhone 14, there are far more radical redesigns on the horizon. Apple has reportedly been working on a foldable iPhone for years. We still don’t know much about it, but a fascinating rumor regarding the device has begun making the rounds. Earlier this week, Apple analyst Ming-Chi Kuo said on Twitter that Apple is testing E Ink’s Electronic Paper Display (EPD) for the cover screen of a future foldable device.
CELL PHONES・2 DAYS AGO
BGR.com

How to play Fortnite on iPhone for free with GeForce Now

The Epic Games vs. Apple fight is one of the most important legal brawls in the tech space right now. that’s still the case even though we haven’t seen any significant developments in quite a while. The iPhone maker essentially won the first round, which means Epic’s Fortnite game is still unavailable on iOS or macOS. It might be years until Fortnite is allowed back to Apple’s app stores, but that doesn’t mean you’ll have to wait that long to play it. In fact, any iPhone owner can play Fortnite right now for free thanks to GeForce Now.
VIDEO GAMES・2 DAYS AGO
BGR.com

Pebble creator wants to give Android its own iPhone 13 mini

The iPhone 13 mini is the best flagship of its size, with no direct competition from Android vendors. There’s no compact Android phone right now because Android smartphone makers have traditionally focused on larger screens for flagships. Sony was a rare exception, but the company isn’t making small flagships that can take on devices like the iPhone 13 mini.
NFL・3 DAYS AGO
BGR.com

Apple shared an update on its developer portal this week announcing a major change to auto-renewable subscriptions in apps. Going forward, Apple will allow apps to auto-renew during the next billing period even if the developer has raised the price of the subscription. Previously, auto-renew would automatically deactivate if the price went up.
CELL PHONES・4 DAYS AGO
BGR.com

There are so many amazing daily deals out there on May 22nd that you might feel overwhelmed. Don’t worry because that’s why I’ve narrowed things down and rounded up the best of the best. For example, best-selling smart plugs with Alexa and Google Assistant can be had...
ELECTRONICS・1 HOUR AGO
BGR.com

If you purchase an independently reviewed product or service through a link on our website, we may receive an affiliate commission. Bose, Apple, Beats, and Sony are obviously among the biggest names in the headphones market. But none of those brands are the best headphones deal you’ll find today at Amazon. That honor goes to super-popular iJoy Stealth wireless headphones, which are somehow on sale today for just $18.99!
ELECTRONICS・2 DAYS AGO
BGR.com

Once upon a time, you had to buy a surround sound system if you wanted to upgrade your TV’s audio. Forget about finding the best cheap TV soundbar, because they weren’t worth it at all. These days, surround sound systems are still great. Plus, there are plenty of...
ELECTRONICS・3 DAYS AGO
BGR.com

Apple has had trouble keeping products secret ahead of their reveal in recent years. There are occasional exceptions to that rule, though, such as the design of the Apple Watch Series 7. For months, typically reliable leakers claimed that Apple’s latest smartwatch would have a brand new design with flat sides. This, of course, did not come to fruition, but with the Apple fall event on the horizon, a new spate of rumors is giving us deja vu as the same leakers now believe that the Apple Watch Series 8 will feature last year’s rumored design.
ELECTRONICS・3 DAYS AGO
BGR.com

TP-Link Kasa smart plugs with Alexa & Google are down to $6.25 each

You’ll find plenty of great deals right now at Amazon. But there’s one particular deal we need to draw your attention to because it offers the lowest price of the year on the best smart plugs for Alexa. That’s right, the hot new TP-Link Kasa EP10 Smart Plugs...
ELECTRONICS・2 DAYS AGO
BGR.com

With one week until Memorial Day 2022, the deals are definitely heating up. You won’t believe how many deep discounts I found today on best-sellers. To start things off, #1 best-selling Beckham Hotel Collection bed pillows are down to $12.90 each. That’s the best price of 2022 for pillows with 127,000 5-star Amazon ratings.
ELECTRONICS・1 DAY AGO