When to listen to the stock market’s warning bell 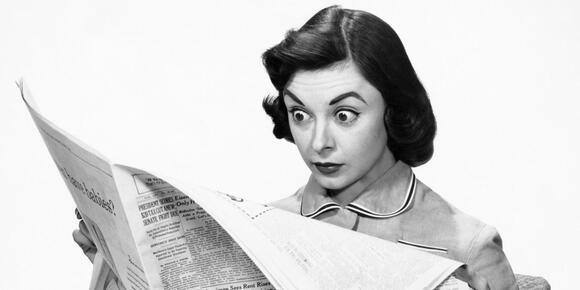 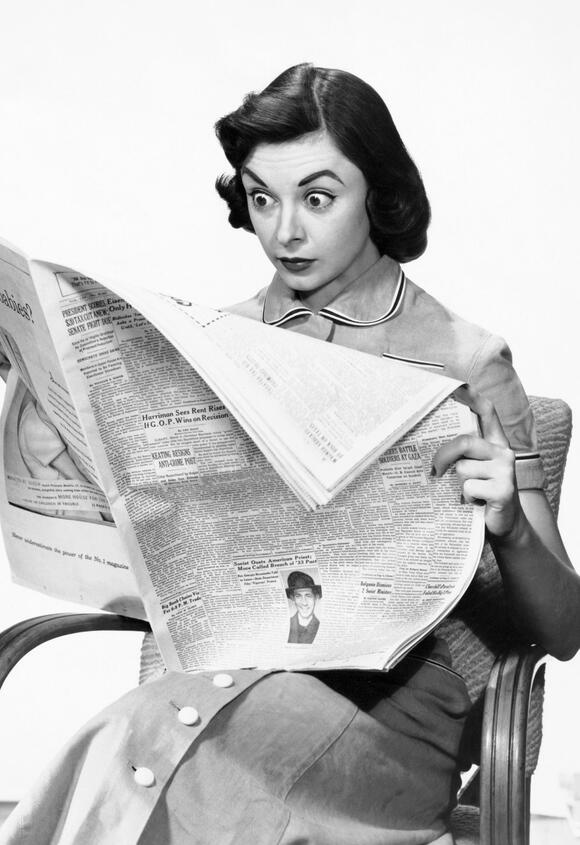 The plunging stock market this week triggered one of the best-known “sell” signals on Wall Street.

But whether ordinary retirement savers—the people with 401(k) plans and IRAs who don’t actively trade—should take any notice is an open question.

The S&P 500 (SPX) index fell below its so-called 200-day “moving average,” meaning the average closing price of the last 200 trading days (roughly equal to the past 10 months).

Want to become a better investor? Sign up for our How to Invest series

Work by multiple investment gurus, including Wharton finance professor Jeremy Siegel , and Cambria Investments’ Meb Faber , has found that historically this has usually been a good time to get out of the stock market. The S&P 500 or its equivalent, for example, fell below its 200-day moving average before such infamous collapses as 1929-1932, 2000-3 and 2007-9.

Overall, a market timing strategy based on getting out when the S&P 500 falls below its 200-day average, and not getting back in until it is back above the average, has produced respectable long-term returns with much lower risk, they’ve found.

“On an annual risk-adjusted basis, the return on the 200-day moving-average strategy is…impressive, even when transaction costs are included,” wrote Wharton’s Siegel in his investment classic “Stocks For The Long Run.” He looked at the performance going all the way back to 1886 (using the older Dow Jones Industrial Average (DJIA) ).

Going back to 1900, using a timing solution based on the 200-day moving average “improved compounded returns while reducing risk, all while being invested in the market,” wrote Faber. He found that his version of this system produced almost twice the “risk-adjusted returns” as a buy-and-hold strategy. This was based on a common Wall Street measure known as the Sharpe ratio, which compares average returns to how much they vary.

But it’s not quite as simple as that.

A big problem with this indicator is that it can get you whipsawed in a volatile market, because the S&P can bounce quickly above and below the indicator. (Indeed that appeared to be happening this week.)

The same sell signal that would have gotten you out of the market before the Crash of ’29 would have also gotten you out of the market before legions of crashes that never happened. By my count, using data supplied by FactSet, I’ve found that the S&P 500 has fallen below its 200-day moving average no fewer than 106 times since January 1990, a period when the index overall has produced a total return of 2,500%.

Siegel warns that the strategy has been especially dangerous during volatile up-and-down-and-up-again-and-down-again years like 2000: Using a 200-day strategy on the Dow Jones would have gotten you in and out of the market 16 times that year, he calculates. FactSet data shows 11 exits from the S&P 500.

But there are workarounds that should get you the benefits of market timing without all the costs. Siegel found that an ordinary investor could earn good risk-adjusted returns if they sold only when the market fell more than 1% below its 200-day moving average, and got back in only when it was more than 1% above the average.

Faber has an even simpler strategy: Just look at the market levels once a month. His analysis was based on considering where the S&P 500 stood at the end of each month, and trading only then.

Using this system, for example, ordinary retirement account savers should ignore the price action of the last few days. We should wait to see where the market stands at the close next Monday. Only if it’s below the 200-day average then would we sell. (And we wouldn’t get back in until the next time the index ends the month above the average.)

Not only does this strategy reduce the number of false signals—it’s also easier for most of us to follow. We would only have to check our accounts once a month.

Note that the research doesn’t show that using this strategy improves overall returns — merely that it has, in the past, lowered your volatility. So simply buy-and-hold investing has ended doing just as well over the long haul, or better.

Not everyone is a fan of using the 200-day moving average as a signal at all.

“Selling when the S&P 500 falls below its 200 day moving average is a terrible strategy,” says wealth manager Byrke Sestok of Harrison, N.Y. “Investing is long-term. Buying when stocks are down is the correct strategy, not selling. Rebalancing to your planned allocation is a strategic method to do exactly that.”

The advantage of this timing strategy is that it may reduce market risk for those who can’t handle it. It also substitutes a rules-based strategy for one based on emotions.

The question investors need to ask is whether they are going to stand by their strategy, and remain fully invested during a market slump or even a bear market. History has found that many investors don’t—or can’t.

Chinese telecom-equipment makers including ZTE Corp. jumped on Thursday after a top Beijing official said the country should accelerate the construction of digital infrastructure. ZTE’s Hong Kong-traded shares. 763,. +5.63%. rose as much as 7.6%, while its Shenzhen-listed stock. 000063,. +7.41%. added 8.8%. In the A-share market, radio-frequency components...
TECHNOLOGY・5 HOURS AGO
MarketWatch

It’s never easy for an executive to witness losing two-thirds of his company’s value in just five months. But Chris Kemp, founder, chair and chief executive of Astra Space ASTR, , based in Alameda, California, has a remarkably measured view in what’s been a rocky year for profitless technology companies, and the space sector in particular. Virgin Orbit.
ALAMEDA, CA・1 DAY AGO
The Motley Fool

What These 3 Key Metrics Tell You About a Stock

They give you more insight into a company.
STOCKS・33 MINUTES AGO

The average gallon of gas in the US hit a record high of $4.59 on Tuesday, about 51% higher than a year ago.
TRAFFIC・16 HOURS AGO
Benzinga

Burlington Stores BURL reported its Q1 earnings results on Thursday, May 26, 2022 at 06:45 AM. Here's what investors need to know about the announcement. Burlington Stores missed estimated earnings by 16.92%, reporting an EPS of $0.54 versus an estimate of $0.65. Revenue was down $263.30 million from the same...
FINANCIAL REPORTS・22 MINUTES AGO
Reuters

May 26 (Reuters) - Macy's Inc (M.N) raised its annual profit forecast on Thursday, helped by strong demand for high-margin apparel from consumers returning to weddings and other social events, even as red-hot inflation saps consumer spending power. The department store's shares rose 15.7% to $22.22 in premarket trading as...
BUSINESS・11 MINUTES AGO
Benzinga

Alibaba Group Holding BABA reported its Q4 earnings results on Thursday, May 26, 2022 at 07:00 AM. Here's what investors need to know about the announcement. Alibaba Group Holding beat estimated earnings by 13.64%, reporting an EPS of $1.25 versus an estimate of $1.1. Revenue was up $3.59 billion from...
FINANCIAL REPORTS・21 MINUTES AGO

Canadian Imperial Bank CM reported its Q2 earnings results on Thursday, May 26, 2022 at 05:30 AM. Here's what investors need to know about the announcement. Canadian Imperial Bank beat estimated earnings by 0.72%, reporting an EPS of $1.4 versus an estimate of $1.39. Revenue was up $327.00 million from...
FINANCIAL REPORTS・23 MINUTES AGO
Benzinga

Buckle BKE reported its Q1 earnings results on Thursday, May 26, 2022 at 07:50 AM. Here's what investors need to know about the announcement. Buckle beat estimated earnings by 25.84%, reporting an EPS of $1.12 versus an estimate of $0.89. Revenue was up $9.94 million from the same period last...
FINANCIAL REPORTS・21 MINUTES AGO
Benzinga

Movado Group MOV reported its Q1 earnings results on Thursday, May 26, 2022 at 06:45 AM. Here's what investors need to know about the announcement. Movado Group beat estimated earnings by 78.26%, reporting an EPS of $0.82 versus an estimate of $0.46. Revenue was up $28.63 million from the same...
FINANCIAL REPORTS・22 MINUTES AGO
Benzinga

Thermon Group Holdings THR reported its Q4 earnings results on Thursday, May 26, 2022 at 07:30 AM. Here's what investors need to know about the announcement. Thermon Group Holdings beat estimated earnings by 10.71%, reporting an EPS of $0.31 versus an estimate of $0.28. Revenue was up $29.26 million from...
FINANCIAL REPORTS・21 MINUTES AGO
Benzinga

Toronto-Dominion Bank TD reported its Q2 earnings results on Thursday, May 26, 2022 at 06:30 AM. Here's what investors need to know about the announcement. Toronto-Dominion Bank beat estimated earnings by 6.0%, reporting an EPS of $1.59 versus an estimate of $1.5. Revenue was up $769.00 million from the same...
FINANCIAL REPORTS・23 MINUTES AGO
Benzinga

Hamilton Lane HLNE reported its Q4 earnings results on Thursday, May 26, 2022 at 07:00 AM. Here's what investors need to know about the announcement. Hamilton Lane beat estimated earnings by 12.66%, reporting an EPS of $0.89 versus an estimate of $0.79. Revenue was down $1.98 million from the same...
FINANCIAL REPORTS・17 MINUTES AGO
Reuters

May 26 (Reuters) - Dollar General Corp (DG.N) raised its sales forecast for the year on Thursday, as more Americans turn to discount store shopping with inflation at a four-decade high. Shares of the company rose 9% in premarket trading. They had lost a fifth of their value last week...
BUSINESS・17 MINUTES AGO
MarketWatch

The Russian Defense Ministry is promising to open a safe corridor to allow foreign ships to leave Black Sea ports. A separate corridor will be open to allow ships to leave Mariupol by sailing from the port on the Sea of Azov port to the Black Sea. Mikhail Mizintsev, who...
INDUSTRY・5 HOURS AGO
MarketWatch

Russia’s central bank cut its key interest rate for a third time since early April as it sought to steady a strengthening ruble and support a faltering economy. The Bank of Russia Thursday lowered its key interest rate to 11% from 14%. Following two rate cuts in April, that largely reverses a doubling of the key rate in the immediate aftermath of Russia’s invasion of Ukraine and the Western sanctions that it provoked.
BUSINESS・3 HOURS AGO