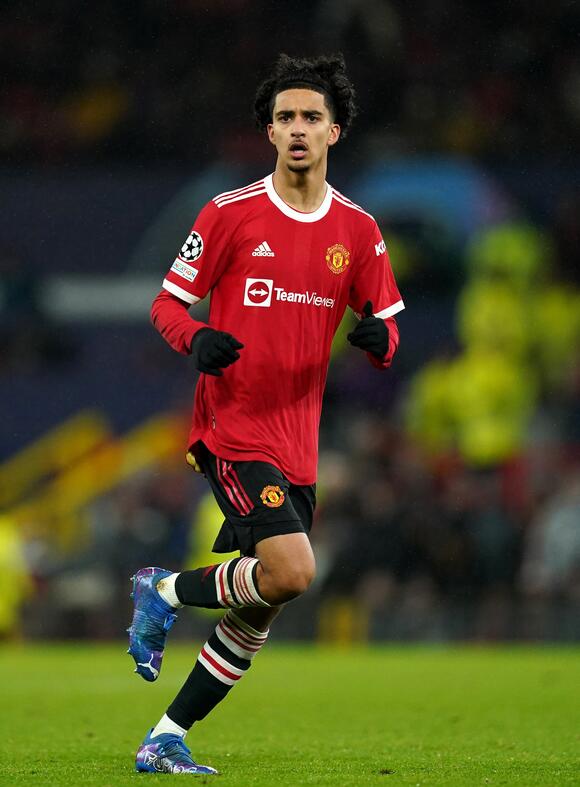 Manchester United’s Zidane Iqbal has revealed his pride as he prepares to make his senior international debut.

The midfielder, of Pakistani and Iraqi heritage, is poised to make his Iraq bow on Thursday.

The 18-year-old flew to join the squad on Sunday and could make his debut when Iraq, the country of his mother’s birth, face Iran in a crucial World Cup qualifier at the Azadi Stadium in Tehran.

“It’s another milestone I’m going to hit, my first-team debut for Iraq. I’m looking forward to it and it’s a big game, so hopefully we can win,” he told manutd.com.

“Me choosing to play for Iraq doesn’t mean I’m not a proud Mancunian or a proud Pakistani. I just feel this is the right opportunity for me as a player, the right step in my career and an honour, but it definitely doesn’t take away the fact that I’m a Mancunian and a Pakistani as well.”

Iqbal became the first British South Asian to play for United as a late substitute against Young Boys in the Champions League in December.

“It was massive, but it’s not something I really focused on since I was young,” he said.

“I just enjoyed the sport and didn’t really think too much about that and as I got older, I realised that I was the first South Asian, so it’s a great thing but, ultimately, it’s just a lot of hard work that got me there.

“The support has been great. I’ve had so many messages that I can’t read through them all! But the ones I have read have been really good and positive and hopefully I can keep it up and just excel from here.”

Iran vows revenge over killing of Guard member in Tehran

Iran's hard-line president vowed revenge on Monday over the killing of a senior Revolutionary Guard member gunned down in the heart of Tehran the day before, a still-mysterious attack on the country's powerful paramilitary force.Iranian President Ebrahim Raisi hailed Col. Hassan Sayyad Khodaei as a martyr and blamed “the hand of global arrogance,” a reference to the United States and its allies, including Israel, for his slaying.There has been no claim of responsibility for the killing, carried out on Sunday afternoon by two unidentified gunmen on a motorbike. They shot Khodaei five times in a car, an unarmored budget...
MIDDLE EAST・17 HOURS AGO
The Independent

Ukrainian tennis player laments lack of support in her sport

Words such as “invasion" and “politics,” “ban” and “boycott,” are suddenly a part of the daily discourse in tennis, as in many segments of society, really, and for Ukrainian pro player Lesia Tsurenko, these are not abstract concepts.Her country is under attack from Russia. It weighs on her constantly.Taking the court to try to do her job, try to swing a racket better than the woman across the net on any given day, is really the least of her concerns. And after losing to No. 1-seeded Iga Swiatek 6-2, 6-0 on Monday in the French Open's first round, Tsurenko...
TENNIS・7 HOURS AGO
The Independent

Security staff have been criticised for aggressively tackling a woman who ran onto the pitch during a football match in Tennessee in the US.Footage of the incident was widely shared on Twitter – with critics arguing excessive force was used on the woman who sprinted across the stadium while the game had been paused.The incident occurred after a major league soccer match between Nashville and Atlanta United had to be stopped as heavy rain was ravaging Geodis Park stadium in Nashville Fairgrounds on Sunday.In the clip, a member of security can be seen grabbing the woman running across the pitch...
PUBLIC SAFETY・7 HOURS AGO