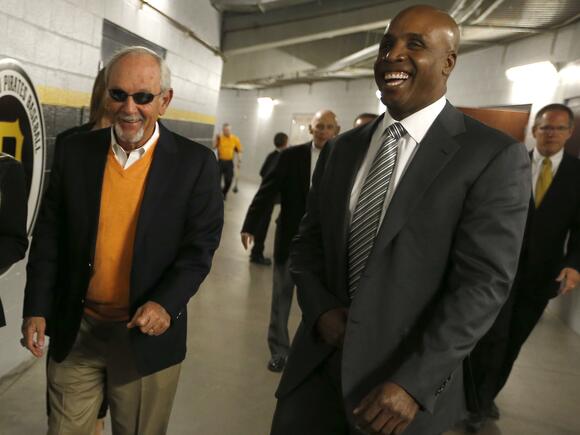 Jim Leyland has never been one to mince words or withhold opinions, and the Perrysburg native and former big league manager on Wednesday was predictably critical of the decision to keep Barry Bonds out of the National Baseball Hall of Fame.

Bonds, in his 10th and final time on the BBWAA writers’ ballot, received 66 percent of the votes when results were revealed Tuesday night, below the 75 percent needed for enshrinement.

Appearing Wednesday morning on 97.1 FM The Ticket in Detroit, Leyland lambasted the decision.

“To say that Barry Bonds is not a Hall of Famer, I just don’t think that’s right,” Leyland said, former manager of the Detroit Tigers, Pittsburgh Pirates, Colorado Rockies, and Florida Marlins.

“I thought possibly being the last go-round on the writers’ ballot that he would get in, and I’m disappointed that he didn’t get in. Disappointed that [Roger] Clemens didn’t get in,” Leyland added. “But when people are awarded that privilege of voting for the Hall of Fame, they also are awarded the privilege of making their decision. Whether you agree with it or disagree, that’s the way it is.”

That backs up what Leyland said back in March 2014, as well.

“In my opinion, Barry Bonds is a Hall of Fame player,” Leyland said. “I don’t think there’s any question about that.”

One of the biggest points Leyland made in Tuesday’s interview — during which he wondered whether the hall was the “holy land” or the “promised land” — was a good one: Bonds was a Hall of Famer before any suspicion over steroids surfaced.

After making his MLB debut in 1986, Bonds won the National League MVP three times in his first eight seasons, all of them coming in a four-year stretch between 1990-93.

“He’s arguably the greatest player to ever play, if you look at all the statistics,” Leyland said. “Not only one of the greatest, he could be the greatest. He was one of those guys who his attitude pretty much throughout his career — and this is why the media relationship was not very good — he just had to play with a chip on his shoulder.”

The comment about Bonds playing with a chip on his shoulder was interesting given what Bonds said in November about his relationship Leyland and some advice the skipper gave him.

Bonds said Leyland often encouraged him to play with edge.

“He would tell me, ‘You play better mad,’” Bonds said. “We had a better relationship after he cussed me out than when we first knew each other. I’m almost grateful he did cuss me out, because it helped us grow so close that there’s nothing that could ever separate us.”

Bonds and Leyland had a unique relationship and remain close to this day, which is why it wasn’t surprising to hear Leyland speak out in favor of Bonds, who will still have a chance to make into the Hall whenever the Today’s Game era committee convenes in December.

Bonds played with the Pirates through 1992 and would go on to win a record seven MVPs. Twelve times he finished in the top 10. He was a 14-time All-Star and an eight-time Gold Glove winner.

However, Bonds’ candidacy was obviously hurt by voters who believed that he cheated by taking steroids, a stance with which Leyland said most players don’t even agree. Bonds has maintained he has never knowingly taken PEDs.

“If you ask any player about Barry Bonds ... I heard John Smoltz say once that he was the best hitter he ever faced in his life,” Leyland said. “I think everybody — the players — believe that [Bonds, Clemens and others] are Hall of Famers.”

The Seattle Mariners officially activated outfielder Kyle Lewis Tuesday for the first time this season after he had not played
SEATTLE, WA・1 HOUR AGO