Archie Manning knows why Sean Payton retired, and it started with Bill Parcells 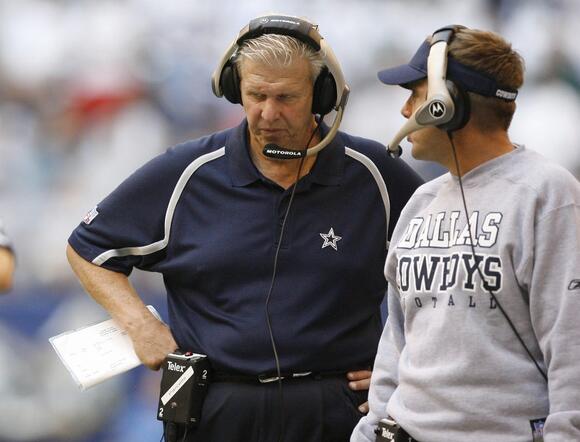 Sean Payton's retirement decision came as a surprise to many, but not so much for legendary Saints quarterback Archie Manning.

Listen to Archie Manning's full interview in the player below. Can't see the embed? Click here .

But why did Manning see the writing on the wall before everyone else? Well, it helps to trace the roots of Payton's coaching tree, which will lead back to Bill Parcells. Payton was twice a Parcells assistant during stints with the Dallas Cowboys and New York Giants, and even pressed his former mentor into potentially taking over the Saints during the 2012 season when Payton was suspended.

Why is that relevant? One of Parcells' philosophies was that it was important to know when to move on, rather than stay too long in one place. It's one of the reasons he held four head coaching jobs in his NFL career. Parcells led those teams to .500 or better in each of his final seasons, but moved on regardless. The first and longest of those tenures was with the Giants, an 8-year run that ended after a 13-3 season and Super Bowl title in 1990. Parcells was out of coaching for three seasons, then came back to coach the New England Patriots in 1993.

As Archie Manning explains, that's a philosophy that Payton has taken to heart. It resulted in the Saints coach kicking the tires on a move elsewhere earlier in his career, but that never developed. And it's what helps to translate the subtext of Payton's ultimate decision to step back after 16 seasons, a coaching record of 152-89, nine playoff appearances and a Super Bowl. Much like his mentor, he leaves a team after a season with a winning record.

"Sean kind of bought into that [Parcells philosophy] and looked into the possibility of leaving. That didn’t work out, and I’m glad it didn’t, but he’s given us 16 really good years. He deserves the opportunity to walk away at his own choosing," Manning said. "He brought this organization and franchise to the point where we all wanted to be all those past years. That’s where we always wanted to be, is to be respected, to be a contender ... to win a Super Bowl. He’s a heck of a coach and he just deserves our admiration and our appreciation for what he’s brought to our city and this franchise."

That link to the Cowboys is a big part of what's driven the notion that Payton, 58, could return after a stint out of coaching to take over in Dallas. There were rumors it might come in the form of a trade this season, but no such trade developed. Payton himself said he hasn't been approached by any media entity about going into broadcasting, and confirmed he wouldn't be coaching in 2022. But the door for a return is still wide open. Payton said he doesn't know who his future holds, but that a return to the coaching could very well be in it.

One way or another, the Saints must now turn their attention to the next head coaching hire that could define the next decade of football in New Orleans. Whomever that coach is will be done no favors by the expectations set and left behind by their predecessor.

"Absolutely there will be pressure on the next coach. ... He doesn’t have to be as successful as Sean," Manning said, "but if he can be close he’ll be mighty good.”

Thanks Arch for those kind words about our coach, really hate to lose him but everyone including our beloved coach needs a change in his life, we will still cheer him on no matter what next coaching is on where he goes. He will always be family for us in Louisiana.

Sean will not go to Dallas. His wife and son moved to Texas after the divorce because of him getting a Saintsation pregnant

Saints QB Jameis Winston is back in a brace, calls injury 'blessing in disguise'

Saints quarterback Jameis Winston never misses an opportunity to get on the field and lead, it’s what he missed most after a season-ending injury a year ago. And that’s what he did at the team’s first OTA session this week.
NEW ORLEANS, LA・2 DAYS AGO
WWL-AMFM

Garic: Most national media is 'actively rooting' for Saints to fail; here's why

It’s a common thread when it comes to the Saints these days. Make a move, hear the criticism. But why is that exactly? Kristian Garic has a theory. See more on WWL and Audacy.
NEW ORLEANS, LA・1 DAY AGO