Stephen Breyer: Why justice is stepping down from Supreme Court after rebuffing calls to retire 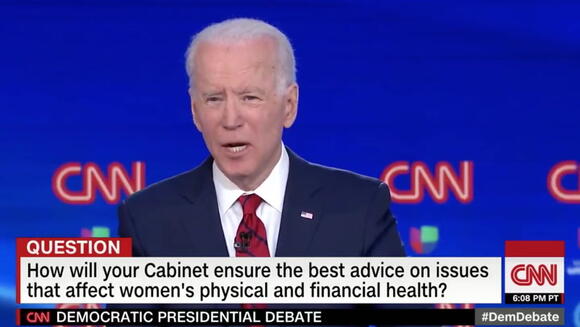 Supreme Court Justice Stephen Breyer spent the last year fighting to keep the polarisation and politicisation that have swept through American politics out of the judiciary. But his decision to retire with the Senate under Democratic control reflects a recognition that his heartfelt efforts had to give way to political reality.

Mr Breyer, who was named to the high court in 1994 by then-president Bill Clinton, became a target of left-wing anger last summer when the court ended its 2020-2021 term without an announcement that he would step down to allow President Joe Biden , a Democrat, to name his replacement while Democrats could guarantee Mr Biden’s pick a confirmation hearing and vote.

Democratic activists have feared that Mr Breyer, who is 83 years old, would follow the example set by the late Justice Ruth Bader Ginsburg, who rebuffed calls to retire before the 2014 midterm elections so as to guarantee then-president Barack Obama the chance to add a third young liberal jurist to the court with the aid of a Democratic senate majority.

While Ms Ginsburg remained on the court until her death in late 2020, Mr Obama did get the chance to make a third nomination to the court when Justice Antonin Scalia died unexpectedly in February 2016. But Mr Obama’s selection, then-District of Columbia Circuit Court Judge Merrick Garland, never got so much as a confirmation hearing because Kentucky Senator Mitch McConnell, then the Senate majority leader, refused to allow the Democratic president to replace Mr Scalia — a conservative icon — with even a moderately liberal judge such as Mr Garland.

Mr Breyer pushed back against calls for him to step down, as well as calls from the left for Mr Biden to “pack” the court, in a lecture at Harvard Law School last spring in which argued that the court’s legitimacy depends on the public viewing justices as apolitical actors. 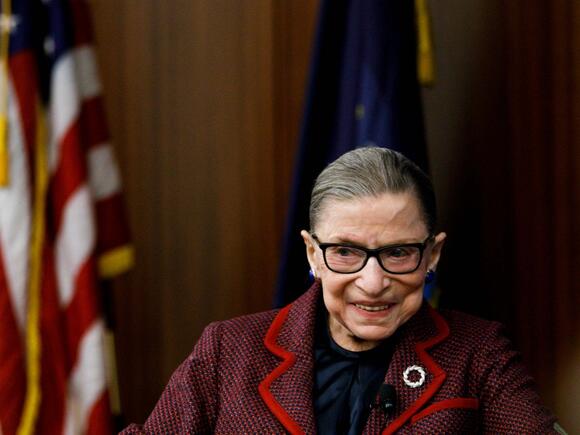 “Put abstractly, the Court’s power, like that of any tribunal, must depend upon the public’s willingness to respect its decisions, even those with which they disagree and even when they believe a decision seriously mistaken,” he said.

Mr Breyer said much of the responsibility for the public’s view of the court as a political entity stems from “a gradual change in the way the press … understand the judicial institution,” such as the practice of describing justices as simply “liberal” or “conservative”.

Justices, he said, are not “junior level politicians,” and their disagreements — in his words, “jurisprudential differences” — stem not from political considerations but from their “views as to the meaning and comparative importance of particular constitutional provisions”.

“If the public sees judges as ‘politicians in robes,’ its confidence in the courts, and in the rule of law itself, can only diminish, diminishing the Court’s power, including its power to act as a ‘check’ on the other branches,” he added. 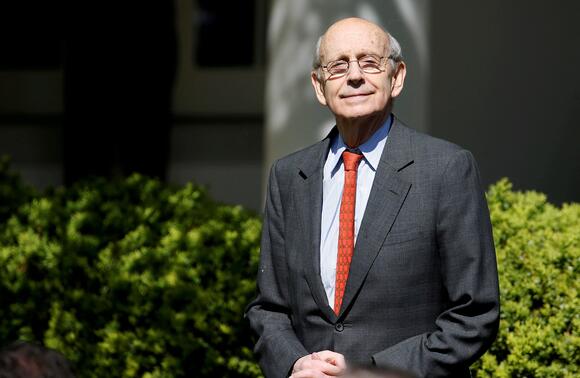 Yet in the end, Mr Breyer’s decision to retire at the end of the court’s 2021-2022 term shows that despite his fervent wish to keep politics out of the court, recent history and the harsh realities of modern American politics are unavoidable — even for someone living the cloistered existence of a judge with life tenure.

It’s not as if Mr Breyer doesn’t have a calendar or a television. Midterm elections have not been kind to the party in power at the time. And even with a favourable US Senate map this year, Democrats stand a good chance of losing control of the upper chamber starting next January.

Nor is he completely apolitical. Before then-president Jimmy Carter named him to the First Circuit Court of Appeals in 1980, Mr Breyer was a top staffer on the Senate Judiciary Committee, then under the leadership of Massachusetts Senator Ted Kennedy.

And because he served for nearly a year on a shorthanded court thanks to Mr McConnell’s snubbing of Mr Garland, he knows Mr Biden — or any Democratic president — is unlikely to be given the dereference to nominate even a lower level position, much less a Supreme Court justice, by a Senate under control of a GOP in which many senators prefer to parrot former president Donald Trump’s lies about the 2020 election rather than recognise Mr Biden’s legitimacy.

Having seen the court go from a 5-4 conservative majority to a 6-3 split thanks to Mr McConnell’s obstruction and Ms Ginsburg’s stubbornness, Mr Breyer appears to have looked into the abyss of what a 5-2 court dominated by arch-conservatives could to do the country and decided that discretion is indeed the better part of valour.

In the hours after the riot, McConnell spoke briefly about his intentions to quash Trump's influence within the GOP.
CONGRESS & COURTS・26 DAYS AGO
Newsweek

Individual judges may not like the policy choices of the Biden administration, but it is not their job to weigh in on that policy debate.
TEXAS STATE・26 DAYS AGO
Newsweek

With a key Senate primary still in the balance, Donald Trump is again casting doubt on election integrity without offering any evidence.
PENNSYLVANIA STATE・3 DAYS AGO
Fox News

Greene testified on Friday that she didn't recall whether she asked Trump to invoke military rule, despite telling Meadows to relay the idea to Trump.
ATLANTA, GA・26 DAYS AGO
WashingtonExaminer

When President Joe Biden named Kamala Harris as his running mate, he promised his former campaign rival would be one of the most influential voices in the White House.
PRESIDENTIAL ELECTION・26 DAYS AGO
Salon

Rep. Greene has repeatedly pushed the conspiracy theory that left-wing activists and rogue FBI agents carried out the siege.
GEORGIA STATE・26 DAYS AGO

The pontiff has previously said that bishops should "not going around condemning or not condemning."
CONGRESS & COURTS・15 HOURS AGO
The Independent

Despite outcry from their elected officials in recent days, nearly half of Republican voters believe that the United States should provide baby formula to non-citizens at the country’s southern border. Republican lawmakers and right wing pundits have lashed out at President Joe Biden this week for continuing to provide formula to babies coming to the country with their families amid a nationwide shortage, with several conservative leaders referencing the alleged prioritization of “illegal babies” and “illegal mothers.” GOP voters, however, are not exactly rallying around the nativist attacks on migrant mothers and their babies. A new poll from YouGov conducted...
U.S. POLITICS・2 DAYS AGO
The Independent

Congresswoman Lucy McBath shared her struggles with miscarriages on Wednesday to advocate for women's reproductive rights in the United States in the wake of a leaked draft opinion from the conservative-majority Supreme Court to overturn the Roe v Wade decision.Speaking at a US House judiciary committee hearing on the "ongoing crisis in abortion care access", the Georgia Democrat argued that the legislation introduced in right-wing states could impact the treatment of women who had undergone miscarriages and stillbirths."One day I woke up covered in blood. It is hard to describe the agony of a miscarriage. It is heartbreak, it's...
GEORGIA STATE・2 DAYS AGO
The Independent

American Conservative Union chairman Matt Schlapp on Thursday told a gathering of right-wing activists that banning abortion and forcing women to carry unwanted pregnancies to term would be a good way to boost birth rates of “our own people” and stave off the “great replacement” many Republicans and white supremacists fear will result from increased levels of immigration to the United States.The former George W Bush aide was speaking in Budapest, where the ACU is holding an edition of its Conservative Political Action Conference in hopes of promoting greater ties between the Republican Party and Hungarian authoritarian leader Viktor Orban’s...
IMMIGRATION・1 DAY AGO

A witness representing Republicans claimed under oath that Washington DC power companies used aborted foetuses to generate electricity.During a House Judiciary Committee hearing on abortion access on Wednesday, anti-abortion activist Catherine Glenn Foster said people should “think of the incinerators” before turning on the lights of their homes.“Bodies [are] thrown in medical waste bins, and in places like Washington DC, burned to power the lights of the cities’ homes and streets,” Ms Foster claimed.“Let that image sink in with you for a moment,” she continued. “The next time you turn on the light, think of the incinerators, think of...
POLITICS・1 DAY AGO
BuzzFeed News

Thomas Webster’s trial kicked off with dueling videos from the Capitol and competing theories of what they showed.
LAW ENFORCEMENT・25 DAYS AGO
The Independent

Hillary Clinton personally approved a plan to give information to the press about an uncorroborated link between Donald Trump and a Russian bank during the 2016 campaign, her former campaign manager testified.Robby Mook said on Friday in federal court that he attended a meeting of senior campaign officials in the fall of 2016 at which the suggested relationship between the Trump Organization and Russia’s Alfa Bank was discussed.Mr Mook said he ran the decision to share the information with a reporter by the former secretary of state and then Democrat presidential candidate and “she thought we made the right...
PRESIDENTIAL ELECTION・11 HOURS AGO
The Independent

Pentagon press secretary John Kirby is joining the White House, according to a person familiar with the matter, adding star power to the President Joe Biden's National Security Council.Kirby, who also served as the top spokesman at the Pentagon and the State Department during the Obama administration, is expected to take handle strategic communications for the NSC, as the West Wing navigates a range of foreign policy challenges, from Russia's invasion of Ukraine to North Korea's nuclear program. Kirby has been a fixture on cable news, particularly during the Ukraine crisis, and is valued in the administration for seeming to...
U.S. POLITICS・2 DAYS AGO