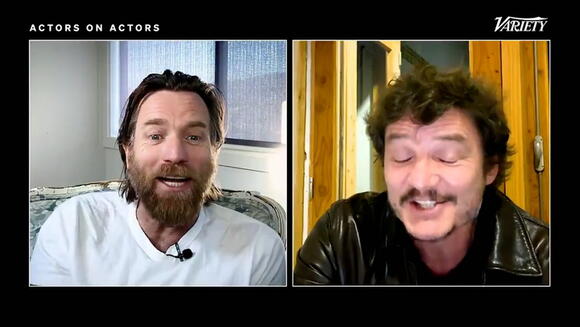 The latest episode of The Book of Boba Fett has left fans conflicted.

Chapter five of the show – which was released today (26 January) – proved to be a huge hit among fans, with many viewers calling it the best episode so far.

Much of the episode’s success has been attributed to the shock appearance of Din Djarin ( Pedro Pascal ) who is the star of another Star Wars spin-off The Mandalorian .

While fans celebrated the episode on social media, many questioned why it took the introduction of the Mandalorian for the series to reach these levels of greatness.

The episode focused almost completely on Pascal’s character while Boba Fett was mostly absent from his own show.

Others expressed the same sentiment, acknowledging the excitement is largely “because Mando is back!”

“Boba fett? Nah, this is din’s show now,” added one person, while a fourth user wrote: “All it took for Book of Boba Fett to become awesome was to become Mandalorian (3a).”

Someone else wrote: “Loved Chapter 5 of THE BOOK OF BOBA FETT, although I’m trying to figure out if that was actually a fifth episode, or if Disney+ accidentally uploaded the Season 3 premiere for The Mandalorian .”

Fett was a popular character in the original Star Wars trilogy, but was thought to be dead after being knocked into the Sarlaac pit during Return of the Jedi .

The Book of Boba Fett can be streamed now on Disney Plus , with new episodes arriving each Wednesday.

Netflix has canceled another one of its major shows, with this one getting the ax after only two seasons. Variety reports that hit sci-fi drama Raising Dion has been dropped by the streamer, following its recent season debut. The news seems to have been revealed by series star Sammi Haney, who shared the news with fans on Instagram. "Sad to say that Raising Dion is CANCELED [sic] Thank you for all of the amazing support we got from all of our wonderful fans!" Haney wrote, in part. "Season 2 was a success, equal to Season 1, even if just looking at how many people watched all of it and wanted a season 3!"
TV SERIES・29 DAYS AGO
Outsider.com

During last night’s finale, “American Idol” crowned Noah Thompson as the Season 20 winner, and fellow finalist HunterGirl couldn’t be prouder of him. The rising country star from Winchester, Tennesee, has impressed the judges and audience since her audition. She immediately became a frontrunner in the competition, and she held onto that title all the way until the end when it was just her and Thompson.
TV SHOWS・2 DAYS AGO
TheStreet

Once again, Disney (DIS) - Get Walt Disney Company Report is finding itself embroiled in a political quagmire owing to its support of the LGBTQ community, after Florida Gov. Ron DeSantis punished Disney for denouncing his “Don’t Say Gay Bill,” by seeking to revoke Disney World’s designation as a special tax district (which as we pointed out, is ultimately a meaningless gesture).
FLORIDA STATE・29 DAYS AGO
Popculture

One of the stars of This Is Us is on the move to a new network in advance of the show's series finale. Deadline reported in March that Chris Sullivan, who plays Toby on the NBC series, will headline a comedy pilot for ABC. His new show is set to be titled The Son In Law.
TV SERIES・29 DAYS AGO

The funny things that kids say are sometimes the cutest. With Eli currently in a coma, we haven’t seen Days of Our Lives actor Lamon Archey in action in Salem for a while now but he recently showed off a new look that had his daughter not only asking him why he decided on the change but also giving her opinion on why he did it in the first place.
CELEBRITIES・29 DAYS AGO
PopCrush

90 Day Fiancé: Before the 90 Days star Johnny Chao is showing off a new look on social media. The reality TV star rocked a fresh-faced look on the show. However, Chao debuted some new facial hair in his most recent post on Instagram. More specifically, he grew a beard and mustache.
TV & VIDEOS・29 DAYS AGO
The Independent

Julia Roberts has said that there is “no way” she will ever method act on set.The Notting Hill star recently appeared as Martha Mitchell, John N Mitchell’s wife, in TV series Gaslit about the Watergate scandal.In a new interview, Roberts was asked whether she stayed in character between takes, to which the actor replied: “No, no.”She then stressed that she’d never been one for method acting, telling Variety: “No way. Are you kidding? It is too much. You have to put the bag down.“I mean, I admire people that do that. It looks exhausting to me and I secretly...
CELEBRITIES・3 HOURS AGO

‘You just had to do this’: Ashton Kutcher responds to Mila Kunis making Time’s 100 Most Influential list

Ashton Kutcher has shared a funny response to his wife Mila Kunis’s latest achievement: making it on to Time Magazine’s list of the 100 Most Influential People.The list includes artists, entrepreneurs, sportspeople, activists, and authors who have in one way or another made an impact in the world. In a tweet on Monday (23 May), Kutcher shareda link to his wife’s profile, writing: “Dear Time magazine, I already lose every argument I have with my wife. You just had to do this didn’t you?”Kunis was joined on this year’s list by actors Simu Liu, Zoë Kravitz, Andrew Garfield, Channing...
CELEBRITIES・2 DAYS AGO
The Independent

Machine Gun Kelly has boasted that he saw Kourtney Kardashian and Travis Barker’s marriage coming “from the beginning” after attending the couple’s wedding in Portofino, Italy, on Sunday.Following the reality star and the Blink-182 drummer’s wedding celebrations over the weekend, Kelly posted a video taken at the occasion on his Instagram Story.In the caption, the 32-year-old musician applauded the bride and groom and said that he predicted that their marriage was going to happen.“Okay y’all cute,” he wrote, tagging Barker and Kardashian. “Not gonna say I called it from the beginning but....” He concluded the caption with a white heart,...
CELEBRITIES・2 DAYS AGO