‘Dying Light 2: Stay Human’: Release date, pre-order deals and how to save £5 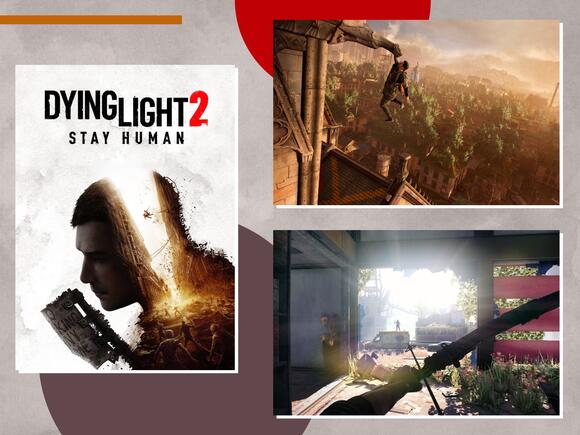 Dying Light 2: Stay Human is the follow-up to Techland’s 2015 release of the same name, and from what we’ve seen from trailers and gameplay, it seems to be following in the footsteps of its predecessor and expanding its world.

While the first game was set in the fictional Middle Eastern city of Harran, Dying Light 2 will take place inside the walls of Villedor, a central European settlement, 15 years after a viral outbreak that has turned the world’s population into zombies .

We’ve had our fill of zombie-related games sure, but what sets Dying Light 2 apart is its parkour-like traversal system. In a focus on fight-or-flight, moving through the destroyed city of Villedor with wall runs, paragliding and rail vaults is just as valuable as standing your ground to fight off the infected.

In a recent tweet , the official social media account for Dying Light 2 claimed that to complete the game 100 per cent, it would require 500 hours of gameplay, so expect plenty of content.

If you want to find out more about pre-order deals for Dying Light 2, where to buy the game and what content to expect after launch, then read on.

When will ‘Dying Light 2’ be released?

Dying Light 2 was first announced during E3 2018 and was originally slated for a release in early 2020 but saw a number of delays. The game is now confirmed for 4 February 2022 on PC, PS4, PS5, Xbox One and Xbox series S/X. A cloud version of the game will also be available to play on the Nintendo Switch.

It’s worth noting that anyone who purchases the previous-gen version of the game will be eligible for a free upgrade to the PS5 and Xbox series X/S versions, effectively saving you a fiver.

Game (£74.99, Game.co.uk ) is offering an exclusive deluxe-edition release of Dying Light 2 which includes the following bonuses:

There is also an ultimate edition that features all the digital bonuses of the deluxe edition with the inclusion of an extra story DLC that will be released at a later date. The ultimate-edition bundle is currently available from Microsoft (£89.99, Microsoft.com ).

If you’re looking for discounts on technology or videogames then try one of these codes:

Depp said he discovered Disney would not recast him in "Pirates" days after Amber Heard's Washington Post op-ed article was published.
FAIRFAX, VA・25 DAYS AGO
The Independent

Johnny Depp found humour in a question asked during a Disney executive’s testimony in the ongoing defamation trial brought against ex-wife Amber Heard. In a pre-recorded deposition presented to the court on Thursday (19 May), Tina Newman – who works on the Pirates of the Caribbean franchise – was questioned about Depp’s future in a potential sixth film. “Do you know whether Mr Depp is being considered for a role in Pirates 6?” Heard’s lawyer inquired. To which Newman responded “I don’t know one way or another,” adding that the “decision does not fall within my job responsibilities. It’s...
MOVIES・1 DAY AGO
Insider

From the gourmet meals and missions to the VIP perks and room with a droid, here's what the galactic experience was like — and why we'd do it again.
LIFESTYLE・25 DAYS AGO
The Independent

The man who bought the ticket that scooped the largest lottery jackpot in UK history waited until his alarm went off to tell his wife they had won £184mJoe Thwaite browsed property site Rightmove whilst he waited for Jess Thwaite to wake up, switching off the price filter for the first time.The couple, from Gloucestershire,won more than £184 million in the EuroMillions last week becoming the biggest lottery winners the country has seen.They have been married for 11 years, and share two children who are of primary-school age. Mr Thwaite also has two children studying at university from a...
LOTTERY・1 DAY AGO

‘My therapist will hear about this’: TikTokers horrified and amused by blue and red ‘jubilee fish and chips’

A chip shop in Wales has gone viral on TikTok after posting its take on a special platinum jubilee fish and chips.Crisp and Fry, a chain of chip shops in Llanelli and Ammanford, created the dish in the colours of the Union Jack flag by adding blue and red food colouring to batter.The video showed a cook coating potato chips in red batter, while a fillet of fish is coated in blue batter.Both items are then deep fried, and the results are an almost-neon blue battered fish laid on top of bright red chips, with stripes of mayonnaise to emulate...
BEHIND VIRAL VIDEOS・2 DAYS AGO
The Independent

Elon Musk has met with Brazil’s President Jair Bolsonaro to discuss the protection of the Amazon rainforest and rural internet connectivity. The SpaceX and Tesla chief posted on Twitter on Friday morning that he was “super excited” to be in the South American country and said environmental monitoring of the Amazon was on the agenda - posting a tree emoji. The billionaire, who is currently in talks to buy social network Twitter for $44bn, said he was also there for the launch of Starlink, a space-based system to bring internet access to underserved areas of the world, that will help...
INDUSTRY・7 HOURS AGO