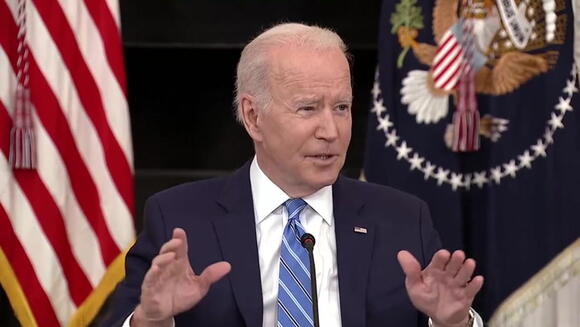 Supreme Court Justice Stephen Breyer announced his retirement in January, which has given President Joe Biden an opportunity to replace one of the court’s three liberals and maintain the balance of the highest federal court in the US.

Democrats had hoped Mr Breyer, 83, would retire while they hold the majority in the Senate before the 2022 midterm elections, since Republicans are expected to win the majority.

The fears were compounded by the fact former Justice Ruth Bader Ginsburg died weeks before the 2020 presidential election and then-president Donald Trump nominated arch-conservative Amy Coney Barrett to replace her. Ms Barrett’s confirmation shifted the balance of the court to six conservatives and three liberals.

President Bill Clinton nominated Mr Breyer in 1994. President Jimmy Carter appointed him to the US Court of Appeals in 1980 before then. He also worked for the Senate Judiciary Committee.

Last year, Mr Breyer, the oldest member of the court, said he was undecided on whether he would retire , saying his two factors for deciding were “Primarily, of course, health,” and “Second, the court.”

The Democratic majority in the Senate has confirmed judges at a rapid clip, confirming 40 of Mr Biden’s judicial nominations in 2021, the most for a new president since Ronald Reagan.

Mr Biden pledged on the campaign trail to nominate a Black woman to the highest court. Ketanji Brown-Jackson, whom the Senate confirmed to serve on the US Court of Appeals for the District of Columbia is widely seen as a potential replacement for Mr Breyer. House Majority Whip James Clyburn admitted the pledge served as a catalyst for his endorsement of Mr Biden before the South Carolina primary, which was largely credited with Mr Biden’s victory in the Palmetto State that was bolstered by Black voters.

The Senate voted to confirm her in July with a narrow vote of 53 in the affirmative and 44 opposing. Three Republican Senators – Sen Lindsey Graham of South Carolina, Lisa Murkowski of Alaska and Susan Collins of Maine– voted to confirm Ms Brown-Jackson along with all 50 Democrats.

But Mr Graham, a former Judiciary Committee Chairman, indicated he might not vote to confirm a Biden nominee.

“As to his replacement: If all Democrats hang together – which I expect they will – they have the power to replace Justice Breyer in 2022 without one Republican vote in support,” Mr Graham tweeted. “Elections have consequences, and that is most evident when it comes to fulfilling vacancies on the Supreme Court.”

“With this Supreme Court vacancy, President Biden has the opportunity to nominate someone who will bring diversity, experience, and an evenhanded approach to the administration of justice. I look forward to moving the President’s nominee expeditiously through the Committee,” he tweeted.

Mr Biden, who served in the Senate for 36 years, served as chairman of the Senate Judiciary Committee during Mr Breyer’s confirmation, as well as the confirmation for Ms Ginsburg and the caustic confirmation process for current Justice Clarence Thomas , when Anita Hill accused Mr Thomas of sexual misconduct.

Mr Biden also presided over the failed confirmation of Judge Robert Bork to the Supreme Court.

Senate judicial confirmations have proven to be an aggressive battleground for Democrats and Republicans. In 2013, Senate Majority Leader Harry Reid eliminated the filibuster for cabinet nominees and judicial nominations except for the Supreme Court.

In 2017, as Democrats attempted to block Mr Trump’s nominee Neil Gorsuch, Senate Majority Leader Mitch McConnell eliminated the filibuster for the Supreme Court. That paved the way for the confirmation of Justice Brett Kavanaugh and Ms Barrett, giving Mr Trump three nominees on the court.

“President Biden’s nominee will receive a prompt hearing in the Senate Judiciary Committee, and will be considered and confirmed by the full United States Senate with all deliberate speed,” Mr Schumer said in a statement.

Mr biden is expected to announce his nominee on Friday (25 February).

Individual judges may not like the policy choices of the Biden administration, but it is not their job to weigh in on that policy debate.
TEXAS STATE・26 DAYS AGO
POLITICO

EXCLUSIVE: A group of Republican senators is introducing legislation to block the Biden administration from sending personnel and funding from the Department of Veterans Affairs (VA) to alleviate the crisis at the southern border. The senators are alarmed by the Biden administration's announced termination of Title 42 on May 23,...
CONGRESS & COURTS・25 DAYS AGO
The Guardian

Pennsylvania Republicans have nominated state senator Doug Mastriano to be the next governor. Mastriano is one of the most radical gubernatorial candidates ever to receive a major party nomination. Many Republicans have indulged Trump’s claims that Democrats stole the 2020 presidential election. But few have gone as far as Mastriano...
PENNSYLVANIA STATE・2 DAYS AGO

An attorney for the campaign said they thought they were allowed to use the funds based on a "good faith" understanding of the "highly confusing" rules.
FLORIDA STATE・3 DAYS AGO
Newsweek

The former president referenced scoring well on a cognitive test in 2018, which is designed to detect whether a person has early stages of dementia.
DELAWARE COUNTY, OH・27 DAYS AGO
Salon

Rep. Marjorie Taylor Greene (R-GA) speaks to supporters of former U.S. President Donald Trump at the Banks County Dragway on March 26, 2022 in Commerce, Georgia. This event is a part of Trump's Save America Tour around the United States. (Megan Varner/Getty Images) On Monday, CNN's Andrew Kaczynski and Em...
COMMERCE, GA・25 DAYS AGO
Newsweek

The pontiff has previously said that bishops should "not going around condemning or not condemning."
CONGRESS & COURTS・20 HOURS AGO

Despite outcry from their elected officials in recent days, nearly half of Republican voters believe that the United States should provide baby formula to non-citizens at the country’s southern border. Republican lawmakers and right wing pundits have lashed out at President Joe Biden this week for continuing to provide formula to babies coming to the country with their families amid a nationwide shortage, with several conservative leaders referencing the alleged prioritization of “illegal babies” and “illegal mothers.” GOP voters, however, are not exactly rallying around the nativist attacks on migrant mothers and their babies. A new poll from YouGov conducted...
U.S. POLITICS・2 DAYS AGO
The Independent

Florida Republicans have compared a protest against a newly drawn congressional map that dilutes Black voter strength in the state to the violent attempt to overturn the results of the 2020 presidential election on 6 January, 2021.On 21 April, a small group of mostly Black Democratic legislators staged a sit-in protest in the middle of the House floor, singing and praying and briefly delaying votes during a special legislation convened by Republican Governor Ron DeSantis, whose map eliminates two of the state’s four districts represented by Black Democrats and creates four more districts that lean Republican.State Rep Randy Fine...
PROTESTS・26 DAYS AGO
The Independent

American Conservative Union chairman Matt Schlapp on Thursday told a gathering of right-wing activists that banning abortion and forcing women to carry unwanted pregnancies to term would be a good way to boost birth rates of “our own people” and stave off the “great replacement” many Republicans and white supremacists fear will result from increased levels of immigration to the United States.The former George W Bush aide was speaking in Budapest, where the ACU is holding an edition of its Conservative Political Action Conference in hopes of promoting greater ties between the Republican Party and Hungarian authoritarian leader Viktor Orban’s...
IMMIGRATION・1 DAY AGO
BuzzFeed News

Thomas Webster’s trial kicked off with dueling videos from the Capitol and competing theories of what they showed.
LAW ENFORCEMENT・25 DAYS AGO