HHW Gaming: Activision Plans On Releasing The Next 3 ‘Call of Duty’ Games On PlayStation: Report 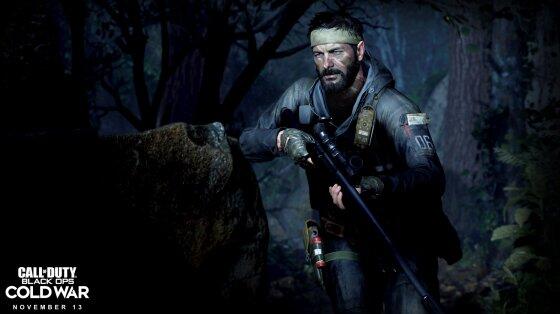 PlayStation owners who love Call of Duty can breathe a sigh of relief for the time being.

Per Bloomberg , despite being tentatively gobbled up by Microsoft , Activision plans on releasing the next three Call of Duty games on both PlayStation and Xbox consoles. The news is comforting to PlayStation console users who were worried that the beloved first-person shooter would become an Xbox exclusive once the earth-shaking deal is approved.

Bloomberg reports that Activision already planned to bring “the next few” Call of Duty titles to the PlayStation consoles sometime before the announcement of the acquisition. This news comes after CEO of Microsoft Gaming Phil Spencer revealed he had spoken with Sony telling the company he intends “to keep Call of Duty on PlayStation” and will honor all agreements currently set in place. Of course, gamers remained skeptical , but this should be calm their nerves for a bit.

So what does this news mean? Well, this year’s next installment in Infinity Ward’s Modern Warfare reboot, Treyarch’s next Call of Duty title, plus a “planned new iteration” of the free-to-play battle royal shooter Call of Duty: Warzone will be released on PS5 and PS4 consoles. After that, the future remains hazy, but the deal hasn’t been set in stone yet and doesn’t become official until Microsoft’s 2023 fiscal year, which starts on July 1st and ends on June 30th, 2023.

The uncertainty of Call of Duty’s fate on PlayStation consoles lingers, with no one knowing what Microsoft intends to do once the deal is finalized. Many argue that you don’t drop damn near $70 billion for a game company and don’t keep all the best games to yourself. But, many argue Microsoft would benefit even more by keeping COD on PlayStation consoles, and we agree.

Microsoft has shown before that it’s willing to share. It has done so with Minecraft , which is still available on many platforms after the company acquired Bethesda after purchasing its parent company ZeniMax. Of course, Microsoft made Starfield, Bethesdas mystery AAA title an exclusive on Xbox consoles and PC.

Is Fei Long's run in Street Fighter coming to an end? That might be the unfortunate case.
VIDEO GAMES・10 DAYS AGO
HipHopWired

Your boring white console is getting some more flavor with the addition of these new PS5 console covers. But it will cost you some coins. The post HHW Gaming: 3 New PS5 Console Covers Are Dropping In June appeared first on The Latest Hip-Hop News, Music and Media | Hip-Hop Wired.
VIDEO GAMES・3 DAYS AGO
inputmag.com

Elon Musk, the world’s wealthiest man, who thinks tunnels are immune to natural disasters, is purchasing Twitter. The company confirmed on Monday afternoon that it had accepted the billionaire’s offer. “Twitter, Inc. today announced that it has entered into a definitive agreement to be acquired by an entity wholly owned by Elon Musk, for $54.20 per share in cash in a transaction valued at approximately $44 billion,” reads the official press release. “Upon completion of the transaction, Twitter will become a privately held company.”
BUSINESS・26 DAYS AGO
Inc.com

Jeff Bezos, the founder and former CEO of Amazon, and Elon Musk, the CEO of Tesla and soon-to-be owner of Twitter, don't strike me as best buds. The two men have competed over the past few years for the title of the world's richest man, a title Musk holds. They also sort of compete in space, with Bezos' Blue Origin competing against Musk's SpaceX.
BUSINESS・26 DAYS AGO

Twitter and one Bloomberg financial opinion writer called Elon Musk's threats to back out of the $44 billion deal straight cap. The post Twitter Plans On Enforcing Merger After Elon Musk Threatened To Flake On The Acquisition appeared first on The Latest Hip-Hop News, Music and Media | Hip-Hop Wired.
BUSINESS・3 DAYS AGO
HipHopWired

Tesla and SpaceX founder & investor Elon Musk has stoked controversy by claiming he cannot move forward with his proposed deal to purchase social media platform Twitter "unless the social media giant can prove bots make up fewer than 5% of its users." Observers are noting that his reasoning is false, pointing to tech stock values dropping which would hinder his purchasing ability. The post Poor Elon Musk aka Phony Stark Looks To Drop Twitter Bid, Critics Call Cap appeared first on The Latest Hip-Hop News, Music and Media | Hip-Hop Wired.
BUSINESS・3 DAYS AGO
HipHopWired