Shares of Nvidia (NASDAQ: NVDA) stock closed down 4.5% on Tuesday after Bloomberg reported that Nvidia's $40 billion bid to buy Britain's Arm Holdings is all but dead.

Nvidia may abandon the deal, said Bloomberg, and SoftBank -- Arm's seller -- is already contemplating putting Arm up for an initial public offering instead. But with Nvidia stock bouncing back today, and back up 4.7% as of 10:40 a.m. ET, it's looking like some investors may have decided this is actually good news for Nvidia. 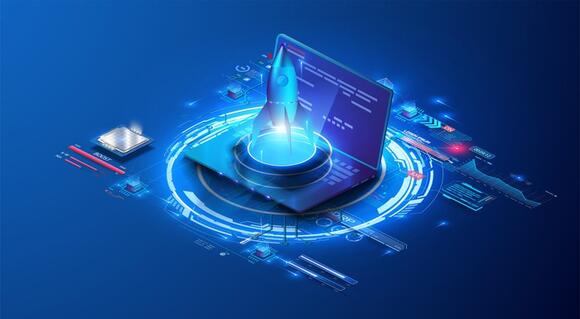 When Nvidia announced its intention to purchase Arm back in September 2020, the company explained that it would meet 70% of its $40 billion purchase price by paying in shares. As much as $28 billion of the $40 billion, in fact, would be paid in Nvidia stock.

What does this mean for Nvidia and its shareholders? Well, not to put too fine a point on it, but if this deal doesn't go through, they will end up saving about $25.2 billion that they never expected to spend on Arm in the first place.

I'd say that's good news for Nvidia. And I'd say it's a pretty decent reason for bidding up the price of Nvidia shares today.

A multi-decade infrastructure super-cycle is underway that should present significant tailwinds.
STOCKS・2 DAYS AGO
inputmag.com

Inflation is driving up costs and denting sales.
STOCKS・19 HOURS AGO
The Motley Fool

Despite the market sell-off, these biotech stocks have held up exceptionally well.
STOCKS・2 HOURS AGO
The Motley Fool

This stay-at-home stock has been under pressure, even though the business is raking in cash with both hands.
STOCKS・7 HOURS AGO
The Motley Fool

It's a bold word to describe them, but some companies really are in businesses bigger than any economic headwind.
STOCKS・3 HOURS AGO