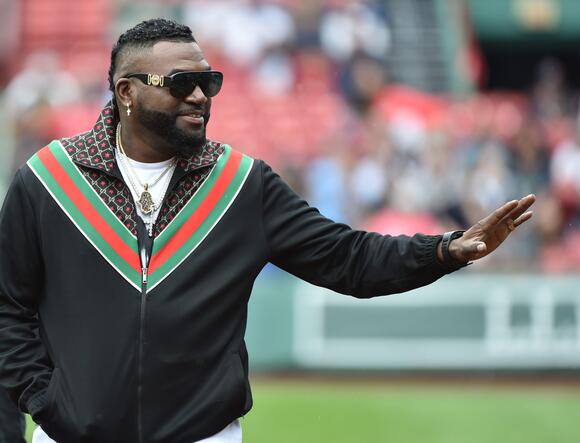 David Ortiz deserves to be in the Hall of Fame. The iconic slugger is one of the best postseason performers in baseball history and played an overarching role in breaking the most infamous curse in sports. You cannot tell the story of baseball without ample references to Big Papi.

But he wasn’t the best hitter of his era. That honor belongs to Alex Rodriguez, who received just 34.3 percent of the vote in his first year on the ballot. Barry Bonds, baseball’s home run leader and seven-time MVP winner, fell short of the 75-percent threshold in his final year of eligibility. Manny Ramirez garnered just 28.9 percent of the vote, despite being one of the greatest right-handed hitters ever.

Oh, and Roger Clemens fell short of induction, too. The Rocket won seven Cy Young awards and is widely considered one of the five best pitchers to ever step onto the mound.

It’s insane that Ortiz is in the Hall of Fame, and the aforementioned all-time greats are not.

There are many reasons why Ortiz will be the first player directly tied to steroids admitted into Cooperstown, beginning with his gregarious personalty and ambiguity surrounding his positive test in 2003. For years, Ortiz has insisted he did nothing wrong, and MLB commissioner Rob Manfred lended credence to Ortiz’s denials before his final regular season game in 2016. Manfred confirmed the players' union returned at least 10 scientifically questionable results during baseball’s inaugural round of testing in ’03.

But perhaps most importantly, time was on Ortiz’s side. Bonds and Clemens retired before the Mitchell Report was released in December 2007, so they never received the opportunity to reclaim their narratives. In the ensuing years, Bonds admitted to using the “cream and the clear” in front of a federal grand jury, while we learned about how Clemens’ ex-trainer allegedly injected anabolic steroids into his butt. Meanwhile, Ortiz kept hitting home runs and winning championships. Big Papi’s legend was born in 2004, and it was cemented in 2013, when he rallied Boston in the wake of the Marathon Bombings and delivered maybe the best World Series performance ever. Ortiz hit .688 against the Cardinals in six games.

Also, Bonds and Clemens first appeared on the ballot in 2012, at the height of the steroid witch hunts. The atmosphere was different back then.

It probably won’t be that way forever. A-Rod is in the midst of a post-career renaissance, transforming himself into a media mogul and becoming part-owner of the Minnesota Timberwolves. He was dancing on stage with Joe Biden at last year’s inauguration, along with other socially approved A-listers. Rodriguez’s lawsuit against MLB, and the embarrassing story about centaur self-portraits hanging over his bed, are distant memories.

But is circumstance really how we’re going to adjudicate who gets immortalized from the Steroid Era, and who gets shamed? Let’s be honest: there’s more concrete evidence that ties Ortiz to PEDs than many of his peers. After all, he tested positive for something .

Bonds and Clemens, meanwhile, never failed a drug test. The federal agent who investigated both of them — and dug through Bonds’ trash — says they should both be in the Hall. It’s worth mentioning that Bonds’ obstruction of justice conviction was overturned, and Clemens was acquitted of all charges relating to his 2008 congressional testimony.

“Here’s what I see: Neither Bonds nor Clemens was charged with using or possessing PEDs,” Jeff Novitzky, the federal agent, wrote recently in the New York Times . “They were charged with making false statements and later cleared.”

That may seem like semantics, but so does quibbling over Ortiz’s positive test, which happened to occur right before he started on his Hall of Fame path.

Somehow, Ortiz was able to rise above the judgment and ignominy that’s clouded his peers. That might be his greatest feat of all.

Ohtani, Trout HRs back Sandoval in Angels’ 4-1 win over A’s

The Padres cruised to an easy 10-1 victory over the Giants on Sunday en route to a road sweep of their division rivals. The Friars ended their road trip with a record of 7-2. The Padres got contributions from just about everyone on Sunday.
SAN DIEGO, CA・34 MINUTES AGO
WEEI Sports Radio

According to Boston Red Sox manager Alex Cora, third baseman Rafael Devers took it upon himself to give Xander Bogaerts some good-natured ribbing when it came to the reaction to his injury.
BOSTON, MA・1 DAY AGO