Growth stocks are shares in companies that increase revenue and earnings at an above-average rate -- and they usually trade for astronomical valuations because of it. Luckin Coffee (OTC: LKNC.Y) and Curiosity Stream (NASDAQ: CURI) buck this trend. Let's explore the reasons why these dirt cheap growth stocks look poised for a massive rally in 2022.

Trading for $11 per share, Luckin Coffee has already rebounded tremendously from its 52-week low of $5.25. The company has spent the past two years reorganizing itself after its prior management's fraud. Now, growth is firing on all cylinders, but the stock remains way down from its former highs. 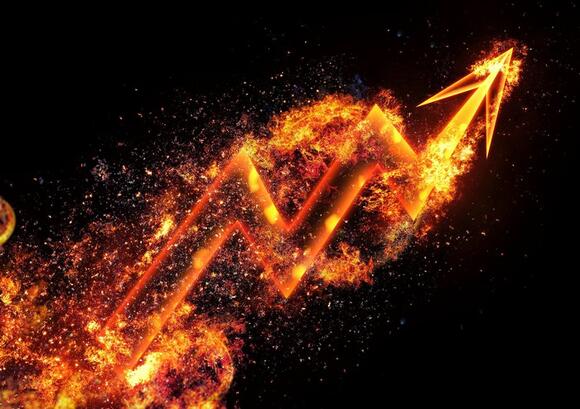 Founded in 2017, Luckin Coffee is a China-based coffeeshop focused on convenience through mobile ordering and delivery. In 2019, Luckin's previous management faked roughly $300 million in sales. The crisis led to multiple lawsuits, a C-suite reshuffle, and a Chapter 15 bankruptcy designed to restructure the business without liquidating its assets or wiping out shareholders.

Analysts at Quo Vadis Capital expect Luckin to exit bankruptcy in the first half of 2022. And management plans to re-list on the NASDAQ by the end of the year, which could improve Luckin's access to U.S. capital and boost the liquidity of its stock.

Despite its epic growth rate, Luckin Coffee trades at a price-to-sales (P/S) multiple of just 2.4, which is much lower than U.S. rival Starbucks , valued at 3.9 times sales.

Usually, fast-growing companies trade at huge premiums, but Curiosity Stream has the opposite problem. At $4.55 per share, it has fallen 81% from a peak of $24 reached last February. But the company seems to be doing everything right as it scales up its business.

Curiosity Stream is a subscription-based streaming company that focuses on documentaries and educational content. Q3 revenue soared 114% to $18.7 million as the number of paying subscribers grew by 43% to 20 million. With a P/S multiple of just 5.6, the stock is much more affordable than rivals like Netflix , which trades for 9.7 times sales.

To be fair, Curiosity Stream isn't profitable yet, having reported an operating loss of $8.2 million in Q3. But its massive growth rate suggests it is at the beginning stages of scaling its business model, so investors should be patient.

Management isn't letting Curiosity Stream's small size scare it away from synergistic acquisitions, which can help sustain growth. In August, the company spent $6 million to acquire a 12% stake in Nebula, a video-streaming service designed to help YouTubers create exclusive videos for their followers. Curiosity Stream has added Nebula to its subscription options, which could help attract a highly targeted audience.

Focusing on the fundamentals

Despite recent stock price declines, the fundamentals of Luckin Coffee and Curiosity Stream are improving at a rapid clip as both companies scale up their business models. This disconnect between market sentiment and company performance allows investors to scoop up two excellent growth stocks at value stock prices.

10 stocks we like better than Luckin Coffee Inc.
When our award-winning analyst team has a stock tip, it can pay to listen. After all, the newsletter they have run for over a decade, Motley Fool Stock Advisor , has tripled the market.*

They just revealed what they believe are the ten best stocks for investors to buy right now... and Luckin Coffee Inc. wasn't one of them! That's right -- they think these 10 stocks are even better buys.

The company is suddenly emphasizing profitability.
STOCKS・2 DAYS AGO
The Motley Fool

The market has shunned growth stocks, creating an opportunity to buy them at huge discounts.
STOCKS・3 DAYS AGO
The Motley Fool

Aside from its market-beating payout and track record as a Dividend King, there are other reasons to like Genuine Parts.
STOCKS・23 HOURS AGO
The Motley Fool

Unsurprisingly, both are stablecoins.
STOCKS・2 DAYS AGO

It's a safe investment and could have a big payoff.
MARKETS・2 DAYS AGO
The Motley Fool

These three beaten-down growth stocks are posting encouraging numbers that could spark a rebound in 2022.
STOCKS・2 DAYS AGO
The Motley Fool

2 Top Healthcare Stocks to Buy for the Long Haul

These two stocks are posting strong results despite the broader market sell-off.
STOCKS・23 HOURS AGO
The Motley Fool

These companies' products and services are considered vital to the U.S. economy.
STOCKS・2 DAYS AGO
Markets Insider

These beaten-down tech stocks look like bargains for the long-term investor.
STOCKS・2 DAYS AGO
The Motley Fool

Are these in line with what you're expecting?
REAL ESTATE・2 DAYS AGO
The Motley Fool