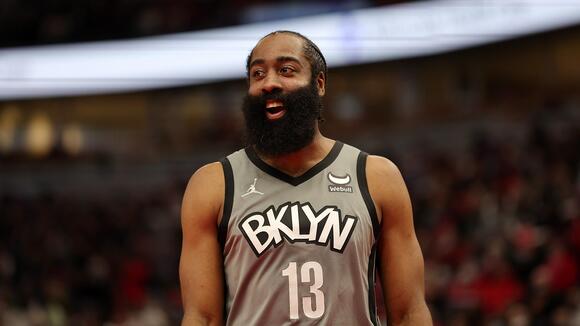 The James Harden to Philadelphia rumors continue to heat up, as former NBA player Kendrick Perkins added more fuel to the fire on the All The Smoke podcast with Matt Barnes and Stephen Jackson.

"This is real life, this is not rumors. No matter how much he may try to deny it. I think Philly want to win, I know they not gonna win a championship unless they make a big move, but I think they're thinking more so about next season."

Perks comments come after Shams Charania's report that the 76ers would prefer to hold Simmons for the remainder and pull off a sign-and-trade in the offseason for a superstar like Harden, rather than to trade Simmons for a mediocre offer at the February 10th NBA trade deadline.

Later, Bleacher Report's Jake Fischer added to that , reporting that Harden is unhappy in Brooklyn and is open to leaving, specifically naming the 76ers as a possible destination to win an NBA championship before the end of his career.

“I don’t know about reports," Harden said on Tuesday when asked about the reports . "If you didn’t hear it from me, then it’s reports. I’m frustrated because I want to win, and I’m a competitor. It’s pretty simple.”

Current 76ers general manager Darly Morey was the GM of the Houston Rockets from 2007-2020 before becoming the 76ers' president of basketball operations and famously acquired Harden from the Oklahoma City Thunder in a blockbuster bringing him to Houston and revitalizing the franchise.

Even last season before Simmons requested a trade, when Harden was still a member of the Rockets, there was widespread speculation that the Sixers were heavily trying to trade Simmons for Harden, but ultimately the Brooklyn Nets landed the superstar guard.

Simmons, 25, has not played a game for the Sixers this season, as he continues to seek a trade. Simmons is a three-time NBA All-Star and two-time All-NBA first team defender. He signed a five-year contract worth $170 million in 2019. He has already made approximate $90 million and he is due around another $114 million over the next three seasons, according to spotrac.com .