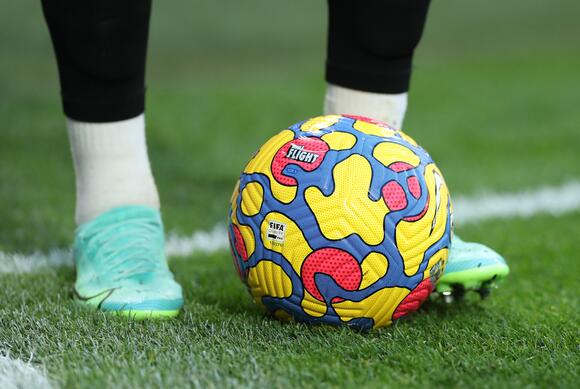 Premier League clubs must now have a minimum of four positive Covid-19 cases within their squad in order to apply for a fixture postponement, it has been confirmed.

It comes after Premier League clubs met on Wednesday to discuss changes to the guidance following widespread confusion and anger surrounding the criteria to call off matches.

The rule sees a shift from the previously guidance which allowed clubs to apply for a fixture postponement if they did not have 13 available outfield players and a goalkeeper.

Tottenham Hotspur led criticism of the rule after the Premier League accepted Arsenal’s request to call off the north London derby earlier this month due to Mikel Arteta’s side also being impacted by injuries and players missing due to their involvement at the Africa Cup of Nations.

“From now on, if a club applies to postpone a match on the grounds of insufficient players due to Covid-19, they must have a minimum of four positive cases within their squad.

“This guidance will come into effect ahead of the next Premier League fixture on Saturday 5 February (Burnley v Watford).”

The Premier League introduced its guidance in December as Covid cases rose sharply amongst top-flight squads amid the spread of the Omicron variant.

There have so far been 22 fixture postponements with many clubs facing a backlog of games but positive cases amongst squads have fallen for four weeks in a row.

The Premier League added: “The league’s postponement rules and guidance are designed to protect the wellbeing of players and staff, while maintaining the sporting integrity of the competition and the quality of squads playing matches.

“Club applications will continue to be assessed on a case-by-case basis. The Premier League board examines a number of factors, including the ability of a club to field a team; the status, severity and potential impact of Covid-19; and the ability of the players to safely prepare for and play the match.”

Liverpool boss Jurgen Klopp has been named League Managers’ Association Manager of the Year and also collected the Premier League award at a gala dinner in London on Tuesday evening.The Reds won both the Carabao Cup and FA Cup after beating Chelsea following a penalty shoot-out at Wembley on each occasion – but saw Manchester City finish a point ahead of them to claim the Premier League title on a dramatic final day of the campaign.Liverpool will aim to add the Champions League trophy to their haul when they meet Real Madrid in Paris on Saturday.Congratulations to @LFC Manager Jürgen...
PREMIER LEAGUE・3 HOURS AGO
The Independent

Gareth Southgate says it is an “embarrassment” that England are playing a home game behind closed doors, as he reminded supporters that their behaviour is a representation of their country, warning that nobody wants to go back to the dark days of fences.The national side are being forced to play Italy in front of empty Molineux stands for the Nations League match on 11 June, as a consequence of the chaos at Wembley for the Euro 2020 final against the same country. Reflecting on whether that match marked the start of a post-pandemic period that has seen a release...
UEFA・4 HOURS AGO
The Independent

Nine-time Wimbledon champion Martina Navratilova has expressed her bemusement at talk star players may snub the Championships this summer due to the lack of ranking points.It was confirmed on Friday the WTA and ATP would not offer any points for the All England Club tournament after Wimbledon chiefs made the decision to ban Russian and Belarusian players from competing due to the war in Ukraine.Former world number one Naomi Osaka hinted on Monday she may skip the third grand slam of the season while even Briton’s Cameron Norrie conceded the Championships had been reduced to “almost an exhibition”.“First of all...
TENNIS・3 HOURS AGO
The Independent

Security staff have been criticised for aggressively tackling a woman who ran onto the pitch during a football match in Tennessee in the US.Footage of the incident was widely shared on Twitter – with critics arguing excessive force was used on the woman who sprinted across the stadium while the game had been paused.The incident occurred after a major league soccer match between Nashville and Atlanta United had to be stopped as heavy rain was ravaging Geodis Park stadium in Nashville Fairgrounds on Sunday.In the clip, a member of security can be seen grabbing the woman running across the pitch...
PUBLIC SAFETY・1 DAY AGO