Amazon's Ad Business Will Continue to Outpace in 2022

Amazon 's (NASDAQ: AMZN) ad business has grown quickly over the last few years, topping $30 billion in the trailing 12 months. Along with Meta Platform 's Facebook and Alphabet 's Google, it has become central to conversations about a digital advertising triopoly.

And Amazon looks poised to continue taking market share in the digital ad industry in 2022. While growth may slow down after the leaders in this space all saw big revenue gains in the middle of last year, Amazon should maintain its strong momentum, because it participates in the two of the fastest-growing segments of digital advertising. This business could provide a substantial boost to the company's bottom line, owing to the high profit margin -- some analysts say as high as 75% -- on ad sales. Here's a look at each segment. 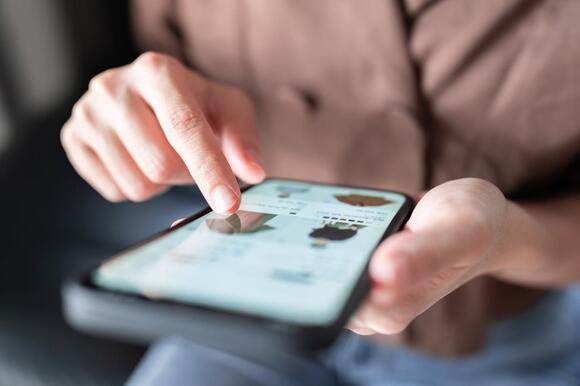 Most of the ads on Amazon's retail website fall under the category of retail media advertisements. These are ads like the banners at the top of search results and sponsored listings spotted within search results, product pages, and the home page.

Practically every major retailer sells these kinds of ads, but Amazon is the most dominant force in the industry . The company has several advantages that help it maintain that position, including being the first destination for product searches for most Americans.

Meta is doing its best to combat the rise in advertising on retail websites as it pushes social commerce solutions on Facebook and Instagram. If brands can sell directly to customers on social media, they may shift some advertising from retail media channels to social media. Features like Shops also give advertisers on Facebook and Instagram a complete picture of how well their ads work, just like on Amazon. Still, social commerce remains a minuscule part of overall e-commerce outside of China, but it's growing quickly.

The other area of digital advertising where Amazon plays is connected TV. The company counts over 50 million active accounts on its Fire TV devices, and it's growing the amount of ad-supported content it serves to audiences across all platforms.

Amazon isn't quite as dominant in connected TV as it is in retail media, but owning one of the most popular platforms for streaming gives it the ability to grow at the same rate as the industry regardless of which streaming services consumers favor. What's more, with the addition of exclusive Thursday Night Football games starting in the fall, Amazon could see a massive boost in ad sales.

Connected-TV advertising spend in the U.S. will grow about as fast as retail media ad spend -- over 30% -- in 2022, according to eMarketer. The industry is still relatively small though, attracting about half the share of retail media channels and less than 10% of all ad spend in the United States. Still, the shift to streaming among consumers should allow connected-TV advertising to keep growing for many years to come as ad dollars follow eyeballs.

Google also participates in the connected-TV advertising market through YouTube. The ad-supported streaming service generated over $20 billion in revenue through the first nine months of 2021, growing over 50% year over year. A growing portion of that revenue comes from users watching on their televisions. Amazon also competes with YouTube with its Twitch livestreaming service.

Amazon is a leader in the strongest growth categories

While both Google and Facebook are also participants in fast-growing segments of the digital advertising industry, the vast majority of their ad businesses are tied to older, slower-growing ad channels. That's not to say there aren't plenty of opportunities ahead for the two companies. However, Amazon's ad business -- already a giant unto itself -- should see much stronger growth.

While many investors focus on Amazon's retail operation -- which faces pressures from supply chain issues and inflation -- the advertising business continues to impress. And considering the margin profile on ad sales, it's now likely a significant driver of Amazon's bottom-line performance.

At least not in electric vehicles.
ECONOMY・2 DAYS AGO
The Motley Fool

Is It Too Late to Buy Wish Stock?

The struggling e-commerce company still has a lot to prove.
STOCKS・22 HOURS AGO

Person
Randi Zuckerberg
The US Sun

MILLIONS of Americans are set to receive Social Security checks worth up to $1,657 tomorrow. The cash boost will come just 48 hours before Supplemental Security Income payments, worth up to $841, are set to land in around eight million bank accounts on April 29. Seniors with birthdays on the...
BUSINESS・27 DAYS AGO
dailyhodl.com

Silk Road founder Ross Ulbricht is forfeiting billions of dollars worth of Bitcoin (BTC) and other crypto assets to the US government. According to a new court filing, Ulbricht will relinquish any claim to over 69,000 BTC and undisclosed amounts of Bitcoin Gold (BTG), Bitcoin SV (BSV) and Bitcoin Cash (BCH) worth a combined $3 billion as part of a settlement.
PUBLIC SAFETY・27 DAYS AGO
American Songwriter

Gene Simmons of Kiss and several other musicians are beginning to react to the news of Elon Musk’s purchase of Twitter for $44 billion, questioning Musk’s desire for more “free speech” and how it may impact the spread of more hate and misinformation. “Fantastic news, at...
BUSINESS・26 DAYS AGO
inputmag.com

A Dollar Tree manager in Bremen, Indiana was fired from their job after posting a controversial sign outside of the store last week. The sign apologized for the store being closed, and then called out the teenage workers at the store.
BREMEN, IN・27 DAYS AGO
Newsweek