Appian Takes The Next Step in Its Low-Code Evolution

That was the first step in delivering what Appian calls the most complete low-code automation suite, and CEO Matt Calkins explained at the time that the company was acquiring Lana Labs for its technology. The move made sense as a way to build out Appian's low-code vision, which unites process mining, low-code/no-code workflows, and automation.

Process mining, as Calkins described on an earlier earnings call , is a technology that acts as an x-ray, examining usage logs to discover what work is being done and how it can be done more efficiently and be automated. There's a natural synergy between process mining and low-code workflows, as process mining serves an upstream need for low-code. Knowing how to make your processes more efficient is a natural first step before deploying low-code solutions.  Once a company has data on its processes, it can use low-code workflows to automate them. Appian made an earlier acquisition of Robotics Process Automation (RPA) in January 2020, helping to build the downstream, automation-focused portion of its new low-code automation platform. 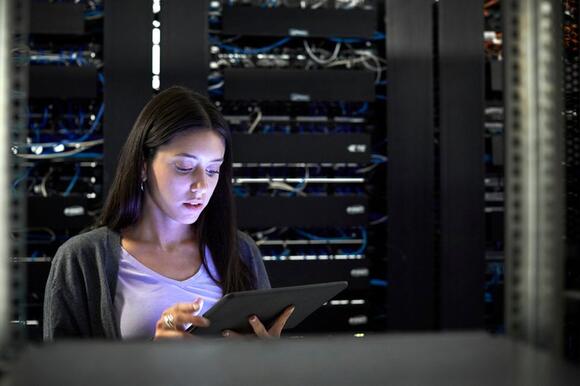 Although Appian acquired Lana Labs in August, it hadn't been able to integrate its process-mining software into the company's larger software suite until it formally announced Appian Process Mining on Monday. During the preceding months, the company had to do its due diligence and make sure the product was ready to be sold under the Appian brand. In an interview, Calkins explained, "Remember that Appian is the high end of the market, and so any product we put our name on has to be scalable and easy to use, demonstrably low-code, that sort of thing." Coming six months after the Lana Labs deal,  the launch of Appian Process Mining represents a big step for the company's low-code platform.

By combining low-code with process mining, the company is essentially connecting two markets that had long been independent. Calkins believes Appian is ahead of the market here and said his company has already received strong interest in process mining from many of its customers, though it hadn't been able to sell it until now.

The launch of process mining and its inclusion in the Appian license should have several impacts on the company's business performance. Calkins expects it to drive additional demand for new licenses, set up an easy opportunity for upselling, and differentiate it from competitors, allowing for it to create more pricing power. Calkins noted that Appian's sales force was particularly excited about the prospects for new upsells from the addition of process mining.

Perhaps most importantly, the process mining integration gives Appian an edge over its competitors and a feature that they can't copy directly. Calkins noted that Service Now (Nasdaq: NOW), a large enterprise cloud software player, has added process mining, but it's only through an alliance with Celonis, not a direct integration like Appian has. And newer automation start-ups like UiPath (NASDAQ: PATH) and Automation Anywhere don't have the natural synergy Appian does since they're focused more on the automation end of the spectrum.

What it means for investors

Appian stock has been on a roller coaster over the last year as the stock soared to a high of $260 last January with the help of a short squeeze and a strong third-quarter 2020 earnings report. However, the stock has faded from that peak as its valuation seemed to be stretched, and it's since crashed down to around $50 per share as part of a broader trend that has seen other cloud stocks plunge as well.

At the current valuation, Appian is trading at a price-to-sales ratio of about 10, which seems like a good price for a sector leader growing its cloud subscription business at around 40% a year.

Appian didn't update its guidance with the announcement, but its fourth-quarter earnings report in February should provide more color on the process mining integration and what it means for Appian's growth in 2022 and beyond.

10 stocks we like better than Appian
When our award-winning analyst team has a stock tip, it can pay to listen. After all, the newsletter they have run for over a decade, Motley Fool Stock Advisor , has tripled the market.*

They just revealed what they believe are the ten best stocks for investors to buy right now... and Appian wasn't one of them! That's right -- they think these 10 stocks are even better buys.

Shiba Inu Will Go to Zero According to New Finder Report

A survey of 36 fintech specialists finds that 70% of participants say Shiba Inu will be worthless by 2030.
MARKETS・1 DAY AGO
The Motley Fool

With a solid foundation and a decent plan in place, it gets much easier to make the right decisions for your long-term financial health.
STOCKS・17 HOURS AGO
The Motley Fool

A "moonshot" stock in a bearish market.
MARKETS・17 HOURS AGO
The Motley Fool

Why The Container Store Stock Rallied While Other Retailers Fell Hard

The storage products retailer posted solid sales and earnings for its fiscal 2021, and updated its long-term growth plans.
RETAIL・11 HOURS AGO

Why Shares of Agilysys Are Up Today

A strong fourth quarter pushed the tech stock higher today.
STOCKS・16 HOURS AGO
The US Sun

MILLIONS of Americans are set to receive Social Security checks worth up to $1,657 tomorrow. The cash boost will come just 48 hours before Supplemental Security Income payments, worth up to $841, are set to land in around eight million bank accounts on April 29. Seniors with birthdays on the...
BUSINESS・23 DAYS AGO
The Motley Fool

It's a safe investment and could have a big payoff.
MARKETS・1 DAY AGO
Business Insider

A member of a superyacht crew also told The Times of London that one owner had his bar stools made from whale foreskin.
BOATS & WATERCRAFTS・24 DAYS AGO

This is all essential information to have.
BUSINESS・1 DAY AGO
The Motley Fool

Unsurprisingly, both are stablecoins.
STOCKS・1 DAY AGO
The Motley Fool

They're all available for bargain prices right now.
STOCKS・2 DAYS AGO
The Motley Fool

Prime Video is a much stronger contender than you may think.
TV & VIDEOS・22 HOURS AGO
The Motley Fool

Are you on track to earn the $4,194 max benefit amount?
BUSINESS・21 HOURS AGO
The Motley Fool

These stocks offer a reasonable valuation and positive returns in a challenging market.
STOCKS・17 HOURS AGO
The Motley Fool

These stocks have been heavily sold off, but their long-term prospects are fantastic.
STOCKS・1 DAY AGO
The Motley Fool

2 Top Healthcare Stocks to Buy for the Long Haul

These two stocks are posting strong results despite the broader market sell-off.
STOCKS・16 HOURS AGO