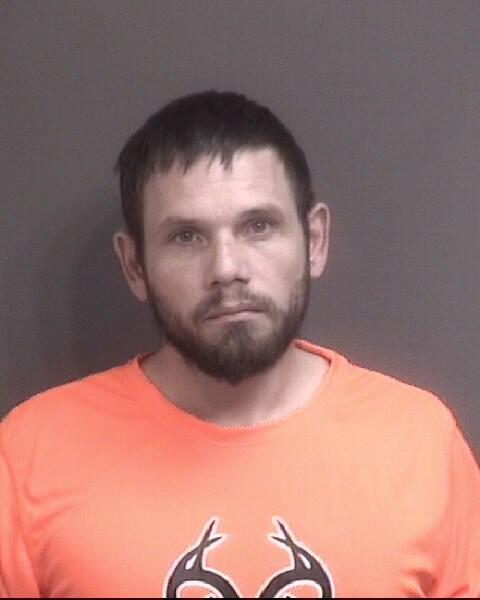 A Boone County grand jury has indicted a Columbia man for a deadly shooting in November .

Jurors indicted Mark A. Achterberg, 36, of Creston, Iowa, on felony counts of first-degree murder and armed criminal action in the Nov. 8 death of Justin Stidman. Achterberg's arraignment was held Monday and he has another hearing scheduled at 1:30 p.m. on Feb. 28.

Investigators accuse Achterberg of shooting Justin Stidman on Nov. 8. Deputies said Stidham was found shot at a home in the 5900 block of North Kent Drive.

Stidham reportedly told deputies before his death that "Mark" shot him. Emergency crews later pronounced Stidman dead at a hospital.

According to court documents, a neighbor told deputies Achterberg threatened to shoot Stidman for allegedly stealing his truck.

Investigators later arrested Achterberg in Iowa. He was extradited back to Boone County in December.

Achterberg is being held at Boone County Jail on no bond.

Two men are facing an assault charge after allegedly hitting a man and sending him to the hospital with injuries following an April 18 incident off the 2400 block of West Broadway. The post Two men charged with assault after April assault in Boone County appeared first on ABC17NEWS.
BOONE COUNTY, MO・1 DAY AGO
KMIZ ABC 17 News

MORGAN COUNTY, Mo. (KMIZ) A man was hurt after an overnight crash in Stover, Missouri. The crash happened around 1:10 a.m. on Third Street near Cherry Street, according to the Missouri State Highway Patrol. Troopers said an SUV driven by 40-year-old Anthony J. Gibson hit two trees after the vehicle traveled off the side of The post Man hurt after overnight crash in Stover appeared first on ABC17NEWS.
STOVER, MO・13 HOURS AGO
KMIZ ABC 17 News

BENTON, Co. (KMIZ) Multiple people were seriously hurt in several mid-Missouri crashes on Saturday. Benton County A man was flown to the hospital after a motorcycle crash. 45-year-old Corey Wheeler was driving along Macks Camp Ave. on Saturday night when he lost control of his motorcycle. He then overcorrected and overturned. Wheeler was seriously hurt The post Multiple people seriously hurt in several mid-Missouri crashes appeared first on ABC17NEWS.
2 DAYS AGO
KMIZ ABC 17 News

Monday evening people will gather at the Boone County Courthouse columns to honor the 10 victims that lost their lives in the Buffalo, New York hate-fueled shooting Saturday. The post The We Project hosts vigil to honor victims of Buffalo shooting appeared first on ABC17NEWS.
COLUMBIA, MO・1 DAY AGO
KMIZ ABC 17 News

Ulman man kills himself after a short chase in Miller County