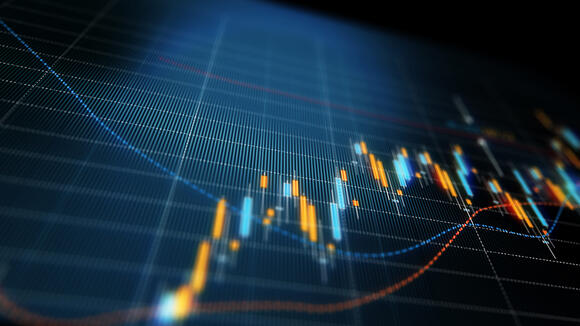 edged up 0.1% in premarket trading Wednesday, even after the aerospace and defense giant reported a much-wider-than-expected loss and revenue that surprisingly fell well below forecasts, although free cash flow was surprisingly positive. The company said it was engaged in discussions with the Federal Aviation Administration regarding required actions to resume 787 deliveries. Net losses more than halved to $4.14 billion, or $7.02 a share, from $8.42 billion, or $14.65 a share, in the year ago period. Excluding nonrecurring items, core losses per share came to $7.69, compared with the FactSet per-share loss consensus of 36 cents. Revenue fell 3.3% to $14.79 billion, while the FactSet consensus was for a rise to $16.54 billion. Commercial aerospace revenue edged up 0.5% to $4.75 billion but was well below the FactSet consensus of $5.58 billion, and defense, space and security revenue dropped 13.5% to $5.86 billion to miss expectations of $6.83 billion. Free cash flow swung to positive $494 million from negative $4.27 billion, while the FactSet consensus was for negative $111.6 million. "2021 was a rebuilding year for us as we overcame hurdles and reached key milestones across our commercial, defense and services portfolios," said Chief Executive David Calhoun. The stock has lost 2.7% over the past three months while the Dow Jones Industrial Average

Have a question about your own retirement savings? Email us at HelpMeRetire@marketwatch.com.
REAL ESTATE・22 HOURS AGO
MarketWatch

Have a question about your own retirement savings? Email us at HelpMeRetire@marketwatch.com
BUSINESS・22 HOURS AGO
MarketWatch

'I don’t feel that we can or should afford to pay 45% of our take home income towards housing when we have a baby on the way.'
LOS ANGELES, CA・23 HOURS AGO
MarketWatch

The grief-stricken husband of a fourth-grade teacher killed in the Uvalde, Texas, school massacre died of a heart attack just two days after the mass shooting, family said on Thursday. Joe Garcia died in the aftermath of the Robb Elementary School shooting that killed 19 children and two teachers —...
UVALDE, TX・2 DAYS AGO
MarketWatch

The Russian Defense Ministry is promising to open a safe corridor to allow foreign ships to leave Black Sea ports. A separate corridor will be open to allow ships to leave Mariupol by sailing from the port on the Sea of Azov port to the Black Sea. Mikhail Mizintsev, who...
INDUSTRY・3 DAYS AGO
MarketWatch