Sea Limited (NYSE: SE) is one of the more interesting investing stories in recent years. It not only runs a profitable video gaming franchise but also owns a fast-growing e-commerce business and an emerging fintech company. Then add in the fact that the company operates in some of the fastest-growing e-commerce regions -- Southeast Asia and Latin America -- and recently has entered Indian and European markets.

Investors, understandably, have shown a lot of interest in Sea, sending its stock up by more than tenfold in the last five years. That's even after its recent stock correction of more than 50% from all-time highs set in October! 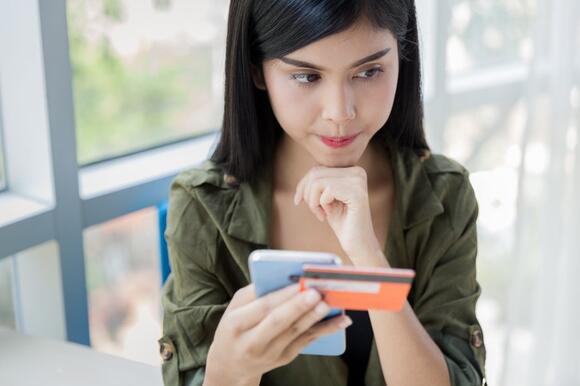 1. Sea is overly dependent on a single revenue source

Investors have high hopes for Sea to replicate Alibaba Group Holding 's (NYSE: BABA) success in e-commerce in Southeast Asia. But Sea's biggest (and currently only) profitable business is the company's gaming subsidiary, Garena. What's more, Garena generates the bulk of its revenue from one single game -- Free Fire. While Sea does not break out Free Fire's income separately, the revenue contribution from its other games would likely be small compared to Free Fire.

The success of Free Fire cannot be overstated. Between March 31, 2016, and Sept. 30, 2017, Garena reported that quarterly active users (QAU) grew by 22 million to 69 million. After launching Free Fire, its first self-developed game, in December 2017, QAU surged to 88 million by the end of that quarter. Fast forward to the third quarter of 2021; Garena's QAU reached 729  million as Free Fire became the top-grossing game across Southeast Asia, Latin America, and India.

Free Fire 's success propels Sea's gaming revenue from $355 million for the whole of 2017 to $1.1 billion in just a single quarter. It also provides Sea with the necessary capital to invest in its other business segments, Shopee (e-commerce) and SeaMoney (fintech).

While investors are delighted with the opportunity to reallocate capital, it does open up other risks. As a start, there is no guarantee that Free Fire can continue to deliver revenue growth in the foreseeable future. After all, users may eventually get tired of the game, or other new games may become more popular. This will not occur overnight, but it is just a matter of time before Free Fire popularity plateaus and starts falling -- just like all its predecessors. Its QAU grew by just 4 million to 729 million in the latest quarter, an early sign of flattening growth. Even if Free Fire manages to sustain its popularity, other hiccups may come along that cause the game to become less profitable. For example, PUBG producer Krafton has recently filed a lawsuit against Free Fire . W hile still in its early stage, the legal action may lead to significant financial and operational penalties in the future.

In short, it is dangerous for Sea to be overly dependent on a single title. To this end, it is trying to diversify such risks by developing new games. It acquired a gaming studio in Canada to facilitate this process. But until Garena proves that it can deliver new hit games, investors should remain highly vigilant to this risk.

2. Shopee and Sea Money are gobbling up cash

With Garena's QAU user growth tapering, investors hope Shopee and SeaMoney can become the new money spinners. While both segments have good prospects, success is not assured.

Take Shopee, for example. Though it is a leader in Southeast Asia's e-commerce market, its rival Lazada is not sitting still. Alibaba has shifted its focus toward the international market -- Lazada is the key to this strategy shift -- as the Chinese government continues to crack down on its dominance in China. As Lazada exerts its muscle to gain share, competition will intensify in the Southeast Asia region.

If that is not enough, Shopee faces equally formidable competitors in its newer markets. In Latin America, it has to compete against top dog Mercadolibre . Similarly, Shopee will inevitably confront incumbents like Amazon as the newcomer ventures into India and Europe. While there is no guarantee that these initiatives will create value for shareholders over the long term, Shopee will need to fork out a lot of cash to participate in the race. For perspective, Shopee more than doubled its operating loss year over year to $741 million in the latest quarter, and the number could rise further in the coming quarters.

Similarly, SeaMoney is consuming a massive amount of cash. It reported an operating loss of $166 million in the latest quarter as it tried to scale in Southeast Asia. While the fintech is well-positioned to leverage Garena and Shopee's users and grow, it is too early to declare victory as it has to battle incumbents. Take Malaysia as an example. Grabpay and Touch & Go, backed by Ant Group, have been operating in this market for many years. It will take enormous effort, resources, and time for ShopeePay (Sea's e-wallet) to catch up with them.

In other words, Sea will need to invest heavily in both its e-commerce and fintech businesses. Historically, Sea bankrolled this with the cash flow from Garena. If Garena fails to sustain and grow its cash flow over time, there is a danger that Sea might need to scale down its investments in these newer areas. If that happens, Sea may have to scale back its ambitions for these young businesses, impacting its future growth.

They just revealed what they believe are the ten best stocks for investors to buy right now… and Sea Limited wasn't one of them! That's right -- they think these 10 stocks are even better buys.

Brookfield Renewable is on course to become the ExxonMobil of the clean energy industry.
ENERGY INDUSTRY・2 DAYS AGO
The Independent

A top US official in the Pacific has warned that America would have to “respond” if the Solomon Islands allows China to establish a military base there.Following a “constructive and candid” 90-minute meeting with prime minister Manasseh Sogavare, ambassador Daniel Kritenbrink said that the security deals between China and the Solomon Islands present “potential regional security implications” for the US and other allies.“We wanted to outline for our friends in the Solomons what our concerns are,” Mr Kritenbrink, US assistant secretary for East Asian and Pacific Affairs, told reporters.“We have respect for the Solomon Islands’ sovereignty. But we also...
FOREIGN POLICY・27 DAYS AGO
The US Sun

MILLIONS of Americans are set to receive Social Security checks worth up to $1,657 tomorrow. The cash boost will come just 48 hours before Supplemental Security Income payments, worth up to $841, are set to land in around eight million bank accounts on April 29. Seniors with birthdays on the...
BUSINESS・27 DAYS AGO
Markets Insider

Indonesia accounts for about half of the world's supply of palm oil — the world's most widely used vegetable oil.
INDUSTRY・28 DAYS AGO

Elon Musk, the world’s wealthiest man, who thinks tunnels are immune to natural disasters, is purchasing Twitter. The company confirmed on Monday afternoon that it had accepted the billionaire’s offer. “Twitter, Inc. today announced that it has entered into a definitive agreement to be acquired by an entity wholly owned by Elon Musk, for $54.20 per share in cash in a transaction valued at approximately $44 billion,” reads the official press release. “Upon completion of the transaction, Twitter will become a privately held company.”
BUSINESS・27 DAYS AGO
electrek.co

Sign up for the Fortune Features email list so you don’t miss our biggest features, exclusive interviews, and investigations. Shanghai’s 25 million residents have endured an extreme COVID lockdown for nearly a month—and now a new nightmarish topic is trending on Weibo, the country’s Twitter-like social media platform.
PUBLIC HEALTH・27 DAYS AGO
The Motley Fool

The stock for these two world-beaters is trading at a major discount to historical valuations.
STOCKS・22 HOURS AGO
The Motley Fool

E-commerce has fallen out of favor with some investors but the long-term opportunity is undeniable.
STOCKS・23 HOURS AGO