Riding the meme-stock craze that lifted stocks like AMC Entertainment and GameStop to new heights, Shiba Inu (CRYPTO: SHIB) burst onto the scene in 2021. And as of Jan. 24, the dog-inspired cryptocurrency token is the 14th most valuable cryptocurrency in the world, with a market capitalization of $12 billion.

Is Shiba Inu a good investment in 2022 ? Let's look at both the arguments for and against the cryptocurrency to find out. 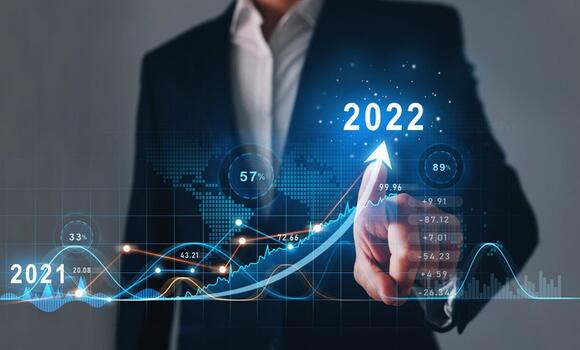 Unlike its rival meme coin, Dogecoin , which was created as a fun carbon copy of Bitcoin , Shiba Inu supports the use of smart contracts. These are self-executing computer programs that increase the functionality of the network. Shiba Inu is built on top of Ethereum 's (CRYPTO: ETH) blockchain, taking advantage of that cryptocurrency's infrastructure and security features.

Shiba Inu's native token, SHIB, is listed on a number of popular exchanges, including Coinbase , Binance, Crypto.com, FTX, and Gemini. This accessibility is a big reason for the sustained engagement of Shiba Inu's community of investors, known as ShibArmy. The cryptocurrency has even attracted the attention of Tesla CEO Elon Musk.

When it comes to utility, Shiba Inu does have some potential catalysts . However, because the token is built on top of Ethereum, it is also subject to Ethereum's network congestion and high fees. The solution is to build a layer-2 blockchain, called Shibarium, to raise capacity, lower fees, and speed up transactions. The update has yet to be released, but it could be a major selling point for developers of decentralized applications (dApps), specifically for non-fungible tokens and gaming use cases, to work on Shiba Inu's blockchain.

Another huge event that could boost Shiba Inu's price is the possibility of a listing on the Robinhood app . Robinhood's user base skews young and was very vocal during the meme-stock mania last summer -- the exact type of customers who often are interested in investing in Shiba Inu. If this were to happen, it would certainly add a large pool of buyers, supporting Shiba Inu's price at least in the short term.

Here's why you should stay away

If you were lucky (and bold) enough to buy Shiba Inu at the beginning of 2021, you'd be sitting on some life-changing gains right now. But a repeat of this performance is highly unlikely. That's because Shiba Inu has no meaningful competitive edge in the world of cryptocurrencies, and thus its long-term viability is extremely questionable.

From a developer's perspective, blockchains such as Ethereum itself, or Cardano and Solana , have better attributes, longer operating histories, and more promising futures. And developers are what will drive the ultimate success of the network with their ability to build dApps to draw in users. In my opinion, Cardano and Solana are better projects to invest in .

Additionally, just over 600 businesses accept payment in SHIB, a tiny number in the massive retail world. These merchants might simply be accepting this crypto as a publicity stunt to attract customers. I don't really see this trend continuing, nor do I see consumers deciding to use SHIB for transactions.

A solid long-term investing strategy can't be one built on speculation, which is what you'd be doing if you decided to buy Shiba Inu today. The coin's price is driven by the hype on social media, something that really can't be predicted at all. Furthermore, there are nearly 549 trillion Shiba Inu tokens in circulation right now. Another large-scale burning of existing supply -- like what Ethereum co-founder Vitalik Buterin did last year, which helped Shiba Inu's price surge -- does not look likely.

Although Shiba Inu is down 76% (as of Jan. 25) since its peak in late October, I still think investors should stay away from this meme token.

Don't Look Now, But Shiba Inu and These 2 Tokens Are Surging Today

Could the carnage be coming to an end for these high-growth cryptos?
MARKETS・6 DAYS AGO
The Motley Fool

One is a market leader. The other is an up-and-coming player.
MARKETS・1 DAY AGO
dailyhodl.com

One of the biggest Ethereum whales in existence just bought a large bag of Dogecoin competitor Shiba Inu as SHIB becomes the most widely held altcoin among the largest ETH investors. First spotted by blockchain tracking service WhaleStats, the entity known as BlueWhale0073 scooped up over 220 billion SHIB worth...
MARKETS・28 DAYS AGO

Bitcoin is considered one of the most volatile assets to trade, making future price hard to predict. Popular Ethereum-based crypto Shiba Inu is down almost 30% year-to-date. Every week, Benzinga conducts a survey to collect sentiment on what traders are most excited about, interested in or thinking about as they manage and build their personal portfolios.
CURRENCIES・23 DAYS AGO
Motley Fool

One Cryptocurrency to Buy and Hold Forever

You’re reading a free article with opinions that may differ from The Motley Fool’s Premium Investing Services. Become a Motley Fool member today to get instant access to our top analyst recommendations, in-depth research, investing resources, and more. Learn More. Cryptocurrencies have been crushed due to the recent...
MARKETS・3 DAYS AGO
Daily Mail

Following an epic share price decline of more than 27% this week, Coinbase issued a stark warning to customers: Your crypto is at risk if the exchange goes bankrupt. According to Coinbase's official website, the company has more than 98 million verified users. It is the largest cryptocurrency exchange platform in the United States.
STOCKS・4 DAYS AGO
dailyhodl.com

Silk Road founder Ross Ulbricht is forfeiting billions of dollars worth of Bitcoin (BTC) and other crypto assets to the US government. According to a new court filing, Ulbricht will relinquish any claim to over 69,000 BTC and undisclosed amounts of Bitcoin Gold (BTG), Bitcoin SV (BSV) and Bitcoin Cash (BCH) worth a combined $3 billion as part of a settlement.
PUBLIC SAFETY・21 DAYS AGO

Top US crypto exchange Coinbase is reportedly being hit with a lawsuit for providing trading for GYEN, a coin meant to act as a stablecoin pegged to the Japanese yen. According to a complaint seen by Bloomberg, Coinbase is being accused of misleading customers into believing that GYEN was equal to the price of one yen.
MARKETS・1 DAY AGO
Motley Fool

Shiba Inu has defied expectations and proven doubters wrong again and again. While the token's performance has defied conventional wisdom, a $1 price target simply isn't realistic. Shiba Inu could get a boost from token burning and increased crypto adoption, but the outlook is uncertain. You’re reading a free article...
MARKETS・6 DAYS AGO
inputmag.com

Elon Musk, the world’s wealthiest man, who thinks tunnels are immune to natural disasters, is purchasing Twitter. The company confirmed on Monday afternoon that it had accepted the billionaire’s offer. “Twitter, Inc. today announced that it has entered into a definitive agreement to be acquired by an entity wholly owned by Elon Musk, for $54.20 per share in cash in a transaction valued at approximately $44 billion,” reads the official press release. “Upon completion of the transaction, Twitter will become a privately held company.”
BUSINESS・21 DAYS AGO
Benzinga

Ethereum ETH/USD co-creator Vitalik Buterin weighed in on the disaster that saw Terra LUNA/USD and its algorithmic stablecoin TerraUSD UST/USD collapse last week. What Happened: In a tweet on Saturday, Ethereum educator Anthony Sassano suggested the cryptocurrency industry should “stop experimenting” with Ponzis, algorithmic stablecoins, yield farming, and other “unsustainable nonsense," and focus on blockchain applications in other areas like decentralized identity and public goods funding.
MARKETS・15 HOURS AGO

Shiba Inu's SHIB/USD price has increased 33.72% over the past 24 hours to $0.000014, which is in the opposite direction of its trend over the past week, where it has experienced a 30.0% loss, moving from $0.000020 to its current price. The chart below compares the price movement and volatility...
STOCKS・3 DAYS AGO
The Motley Fool

Should You Give Up on Buying a Home This Year?

It may be time to put your plans on hold.
REAL ESTATE・8 HOURS AGO