Nick Kyrgios is an 'absolute knob' who is as mature as a child, says an opponent he knocked out of the Australian Open 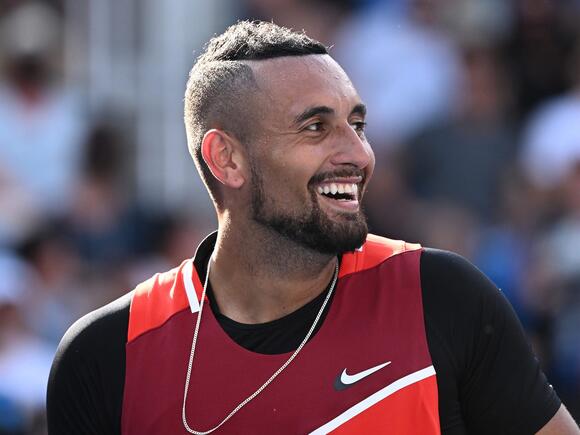 The New Zealand doubles player Michael Venus has hit out at Nick Kyrgios after losing to him at the Australian Open, labeling him an "absolute knob" with the maturity levels of a "10-year-old."

World number 15 doubles player Venus and his partner Tim Puetz were beaten by Kyrgios and Thanasi Kokkinakis in the quarterfinals of the men's doubles on Tuesday in front of a raucous crowd at the Show Court Arena, which had been egged on by the all-Australian partnership.

On Wednesday, Venus said in an interview that he received abuse from the crowd during the match, with some spectators making comments about him and his family as he prepared to serve.

"It felt like a circus out there and not really a tennis match," the 34-year-old told the New Zealand television channel 1News. "Between serves [Kyrgios and Kokkinakis] were geeing the crowd up and getting them to cheer at times like that. I don't think that's really on.

"You know if it's on the other foot, old mate [Kyrgios] would have flipped his lid."

Venus added that he had also received an "extreme" number of messages on social media from Kyrgios' fans.

"They'll always be his supporters and he'll always spin it in a way that helps him but at the end of the day, he's just an absolute knob," he said.

"On the maturity side, you see why he's never fulfilled his potential and probably never will. His maturity level, it's probably being generous to a 10-year-old, to say it's at about that level."

Kyrgios and Kokkinakis saw off Puetz and Venus in three sets, winning 7-5, 3-6, 6-3 to book their place in the semifinals.

During the first set of the match, Kyrgios accidentally hit a young fan in the stomach with a stray ball.

The Australian had smashed a ball into the ground after being displeased with a let call from the umpire. Unfortunately, the ball was hit so hard, it bounced into the stand, striking a young boy, who was left in tears.

Kyrgios winced after realizing what he'd done and trotted to his bag, grabbed a spare racket, and handed it up to the boy by way of an apology.

While the gesture prompted applause from the fans and Kyrgios to be lauded on social media, Venus wasn't so impressed.

"It's amazing, he can smash a ball out that hits a kid and just because he gives them a racket afterwards people can say he's such a good guy," he said.

Kyrgios, who is yet to respond to Venus' comments, and Kokkinakis face third seeds Horacio Zeballos and Marcel Granollers in the last four on Thursday.