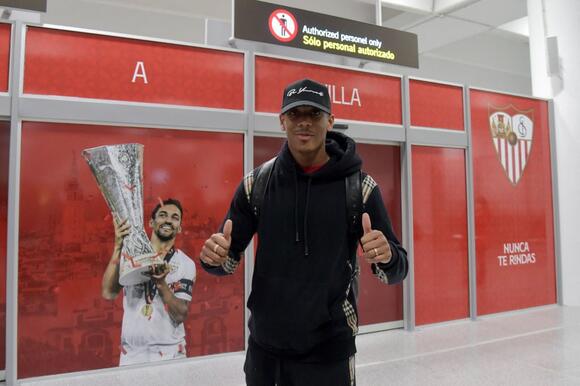 Anthony Martial ’s departure from Manchester United , on loan to Sevilla, has not come as a surprise to many - and certainly not to Rio Ferdinand .

He arrived with a big reputation and price tag and initially excited supporters, but inconsistent showings and being overshadowed by the likes of Marcus Rashford have left him on the fringes of the club, managing fewer than 400 minutes on the pitch this season. That has led to his move to Spain, on loan for the rest of the season with no reported option to buy .

Ferdinand, speaking on his Five podcast , pointed to the 26-year-old’s inability to nail down a guaranteed spot in the team and failing to show his best form regularly enough as being big reasons why he has been a disappointment and needed the move away.

“I think Anthony Martial needs this. He needs to play first-team football, he needs to be a regular, he needs to start playing on a regular basis now on a consistent level,” Ferdinand explained.

“For the last year or so, even longer maybe, he hasn’t been a regular and he’s needed this move. He showed glimpses throughout his career at Man United where you think; ‘Wow, this kid could be ultra-special’. But then there’s been times where he’s been underwhelming and you thought; ‘This isn’t good enough’.

“Hopefully he improves [on loan] and it frees up a bit of space for Man United to go and get someone else.”

Comparing Martial with other wide forwards who have made a much bigger impact over the last two years - with Martial scoring only seven last season in all competitions, just four times in the league - Ferdinand pointed out a lack of intensity and intent from him out of possession.

“I just feel with Martial he didn’t move enough off the ball, he didn’t make runs in behind, but he’s quick. Sometimes you’ve got to vary the way you attack opponents and you can’t always want the ball to feet. He probably didn’t hurt defenders in behind as much as he could have.

“When you look at a [Sadio] Mane, [Marcus] Rashford sometimes, [Raheem] Sterling, they don’t all just come to feet as for a defender it then gets easy to read. You have to vary the point of attack. I don’t think that he did that enough. You see things levelled at him that he didn’t smile and was moody but you just look at more the way he played his football - his inconsistencies. When you’re going to be a winning team you can’t have people who are inconsistent in the team.”

Ferdinand pointed out a couple of United team-mates who are in a similar boat and may need short-term moves elsewhere, given they are similarly struggling to find a role under Ralf Rangnick having also been marginalised by former manager Ole Gunnar Solskjaer.

As the Independent have reported, it appears Lingard’s move to Newcastle is now unlikely to go ahead , with Van de Beek and Dean Henderson others who are searching for exits.

Tottenham Hotspur defender Eric Dier has called on the club to capitalise on their return to the Champions League.Spurs booked their place back in the top tier of European football with a 5-0 final-day win at Norwich, which capped a remarkable resurgence under Antonio Conte.They were ninth when the Italian took over in November and then seven points adrift of fourth when they lost to Burnley in February but 10 wins from their next 14 games saw them overhaul Arsenal, Manchester United and West Ham to claim fourth spot.Conte is due to meet chairman Daniel Levy and managing director of...
PREMIER LEAGUE・2 HOURS AGO
The Independent

Erik ten Hag hailed Harry Maguire as a "great player" but stopped short of giving guarantees that he will remain as Manchester United captain next season.Maguire's position as captain has come under scrutiny during United's worst-ever Premier League season, with the centre-back struggling for form.The 29-year-old was handed the captain's armband by former manager Ole Gunnar Solskjaer in January 2020, five months after signing in an £80m deal from Leicester City.The United dressing room has since seen the arrival of influential figures like Bruno Fernandes and Cristiano Ronaldo.Ten Hag was asked whether he intends to retain Maguire as captain...
PREMIER LEAGUE・2 HOURS AGO
The Independent

Erik ten Hag has confirmed Cristiano Ronaldo is in his plans next season as the Dutchman was unveiled as Manchester United’s new manager.Ten Hag was speaking at Old Trafford in his first press conference as new head coach, where he set out his hopes to take the club forwards after a disppointing season ended in a 1-0 defeat at Crystal Palace on Sunday, which Ten Hag watched from the stands. One of the few bright spots in a poor season was the performance of Cristiano Ronaldo, who scored 18 league goals and 24 in total. Asked whether the 37-year-old Ronaldo...
PREMIER LEAGUE・2 HOURS AGO
The Independent

What next for Man City after winning fourth Premier League title in five years?

Manchester City are celebrating their fourth Premier League title in five seasons.Here, the PA news agency looks at how the club will hope to stay ahead of the pack.Will City start next season as favourites?Undoubtedly so. City may have been taken to the wire this season by Liverpool but, while the Merseysiders will hope to regroup and challenge again, they already seem well ahead of the rest of the competition. City failed to land their top transfer target in Harry Kane last summer but still went on to clock up 93 points and score 99 goals. Having already announced the...
PREMIER LEAGUE・1 HOUR AGO

In the calmer period between Manchester City’s raucous title win and the final presentation of the Premier League trophy, the huge crowd that remained were treated to a film. It was a montage of the key moments of the season, that naturally had a lot of superb goals and beautiful pieces of play. These were all met by cheers, but one emotion was largely missing. It happened to be precisely what made this last day so memorable. That was a genuine sense of jeopardy.City’s rollicking comeback against Aston Villa offered one of very few periods of play since January...
PREMIER LEAGUE・32 MINUTES AGO
The Independent

Noel Gallagher has revealed that he required stitches after an inadvertent clash of heads with Ruben Dias’ father while celebrating Manchester City’s Premier League title.The Oasis songwriter is a lifelong fan of the club, and was at the Etihad Stadium as Pep Guardiola’s side sealed the title with a 3-2 comeback victory against Aston Villa.Gallagher, however, was unable to watch the final moments of the game after being forced to seek medical attention after Ilkay Gundogan’s winner.The guitarist explained to talkSPORT: “As the third goal goes in, there is absolute bedlam in the stadium.“Where we sit, Ruben Dias’ family are...
PREMIER LEAGUE・1 HOUR AGO