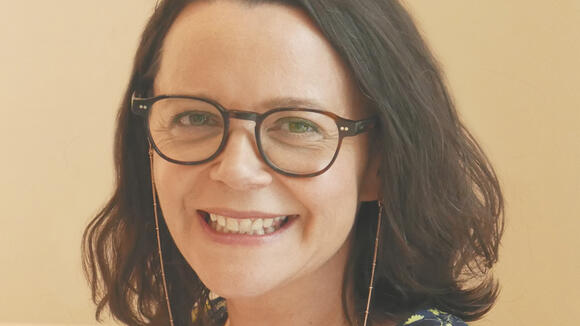 Quay Street Productions, the U.K. production house launched last year by producer and 11-time BAFTA winner Nicola Shindler has doubled its staff with five new hires across production, development and business affairs, ahead of its first batch of productions.

The ITV Studios-backed indie company has enlisted Richard Fee, known for his work on Amazon mini-series Anansi Boys , as an executive producer, along with Davina Earl (BBC’s Come Home ) as head of development, Athena Stavrakis (James Graham’s upcoming BBC One drama Sherwood ) as script executive, Kate Boyle as head of business affairs and Chris Leach as head of production (ITV’s Vera and Bancroft ).

Most of the new staff members are ex-colleagues of Shindler’s from her former company, Red Production Company, which distinguished itself with dramas like Channel 4’s It’s a Sin and BBC One’s Years and Years . All of the new staff will be based at the new production company’s office in Manchester, except Boyle.

The strengthening of Quay’s ranks come as the indie upstart prepares to launch production on its inaugural drama, Nolly , a biopic about a British soap star. The series is written by It’s a Sin creator Russell T. Davies and stars Helena Bonham Carter.

“Within its first year, Quay Street Productions has secured its first commission and has more in the wings, and as such, it is hugely important for us to have an incredible team in place to support the company’s ongoing development and growth,” said Shindler in a statement. “Richard, Davina, Chris Athena and Kate are all hugely talented and bring an array of experience with them. Alongside the team installed since last year, they are overflowing with amazing ideas for fascinating stories that Quay Street Productions can tell, and it’s a very exciting time.”

Germany’s Studio 100 Film, Australia’s Pop Family Entertainment and Ireland’s Telegael are joining forces on the animated family comedy Being Betty Flood. A feature adaptation of the 13-book series The Floods from award-winning Australian author and illustrator Colin Thompson, Being Betty Flood follows Betty, a headstrong, smart 12-year-old music-loving girl who lives in a fantastic world where magic rules the land. She is torn between her over-protective mother and her desire to prove her musical abilities, in addition to just her magical ones.More from The Hollywood ReporterCannes: 'Game of Thrones' Actor Pilou Asbæk Stars in Danish WWII Drama 'Befrielsen'Paul Mescal on...
MOVIES・23 HOURS AGO
The Hollywood Reporter

Amazon has greenlit the Brit original drama Fifteen-Love from ITV Studios’ World Productions, the producer of Bodyguard, Vigil and Line of Duty. The scripted drama is created and written by Hania Elkington (The Innocents). The first three episodes of Fifteen-Love will be directed by Eva Riley, while the next three will be helmed by Toby Macdonald.
TENNIS・1 HOUR AGO
The Hollywood Reporter

Signature Entertainment has acquired U.K. and Irish rights to two documentaries from Jack Pepper Media: Kick Out the Jams and Choose Irvine Welsh Both films are being directed by Ray Burdis and produced by Brian Anderson and Ian Jefferies.More from The Hollywood ReporterCannes: 'Game of Thrones' Actor Pilou Asbæk Stars in Danish WWII Drama 'Befrielsen'Paul Mescal on How He "Weathered the Storm" of Success and Social Media (And Now Has Two Films in Cannes)Lynne Ramsay to Adapt Margaret Atwood Story 'Stone Mattress,' Julianne Moore, Sandra Oh to Star Titled after the first-ever song to play on their airwaves, Kick Out the Jams...
MOVIES・1 DAY AGO

U.S. equipment rental giant Herc Entertainment Services and Cinelease have struck a strategic partnership with a rebranded Studio Toronto to offer lighting and equipment rentals and related services to the renovated 300,000 square foot film studio and its 10 soundstages. The former Downsview Park Studios facility in north Toronto hosted TV shoots for the USA Network legal drama Suits and the Netflix series Designated Survivor, and in 2005 handled interior shoots for Cinderella Man by director Ron Howard on its stages.More from The Hollywood Reporter'Squid Game' Creator Says Season 2 Could Be Out by End of 2023 or in 2024Upfront Dispatches:...
BUSINESS・18 HOURS AGO
Hello Magazine

Robin Roberts got emotional as she opened up about her relationship with partner Amber Laign, especially in the midst of a challenging health battle. The Good Morning America star made an appearance on The Ellen DeGeneres Show to promote her new book, Brighter By the Day. VIDEO: Robin Roberts enjoys...
CELEBRITIES・23 DAYS AGO
Daily Mail

Brenda Edwards broke down in tears as she revealed she was holding her son Jamal's hand aged 31 in February of this year, while confirming it was from a cardiac arrest. The Loose Women panellist, 53, also revealed details of his Chelsea FC-themed funeral for the very first time in a chat with her co-star Coleen Nolan during the ITV show on Monday.
CELEBRITIES・23 DAYS AGO
Insider

According to Tina Brown's new book, "The Palace Papers," Prince William was aware of his status as future king from a young age.
CELEBRITIES・22 DAYS AGO

Prince Harry and his wife Meghan Markle "were really stunned" after the royal family "shut the door" following their decision to step back from "The Firm." The claim was made by a former adviser to former Vanity Fair editor Tina Brown, who has written a new book about the British royal family coming out on April 26 titled "The Palace Papers: Inside the House of Windsor – the Truth and the Turmoil."
CELEBRITIES・23 DAYS AGO
The US Sun

GENERAL Hospital revealed a major character change is coming to the show this week as one of its stars battles health issues. There are often comings and goings happenings on soaps, and the latest cast switch-up involves longtime cast member Nancy Lee Grahn. Nancy, who turns 66 on Thursday, has...
CELEBRITIES・23 DAYS AGO
People

Megan Fox wants her kids to express themselves however they please. In a wide-ranging interview with Glamour U.K. for their April cover story, the 35-year-old actress opens up about how she teaches her children, Journey River, 5, Bodhi Ransom, 8, and Noah Shannon, 9, about gender identity and encourages them to be confident in who they are.
FAMILY RELATIONSHIPS・22 DAYS AGO
Insider

Depp said he discovered Disney would not recast him in "Pirates" days after Amber Heard's Washington Post op-ed article was published.
FAIRFAX, VA・23 DAYS AGO

Netflix has canceled another one of its major shows, with this one getting the ax after only two seasons. Variety reports that hit sci-fi drama Raising Dion has been dropped by the streamer, following its recent season debut. The news seems to have been revealed by series star Sammi Haney, who shared the news with fans on Instagram. "Sad to say that Raising Dion is CANCELED [sic] Thank you for all of the amazing support we got from all of our wonderful fans!" Haney wrote, in part. "Season 2 was a success, equal to Season 1, even if just looking at how many people watched all of it and wanted a season 3!"
TV SERIES・22 DAYS AGO
TheStreet

Once again, Disney (DIS) - Get Walt Disney Company Report is finding itself embroiled in a political quagmire owing to its support of the LGBTQ community, after Florida Gov. Ron DeSantis punished Disney for denouncing his “Don’t Say Gay Bill,” by seeking to revoke Disney World’s designation as a special tax district (which as we pointed out, is ultimately a meaningless gesture).
FLORIDA STATE・22 DAYS AGO
Entrepreneur

This is an important segment of the population with purchasing power that is practically ignored by advertising campaigns.
ECONOMY・22 DAYS AGO
PopCrush

90 Day Fiancé: Before the 90 Days star Johnny Chao is showing off a new look on social media. The reality TV star rocked a fresh-faced look on the show. However, Chao debuted some new facial hair in his most recent post on Instagram. More specifically, he grew a beard and mustache.
TV & VIDEOS・22 DAYS AGO
The Hollywood Reporter

An unsure-looking Laurence Fishburne gives a wave through a spaceship porthole alongside Casey Affleck in this exclusive first-look still from psychological thriller Slingshot. The film, from director Mikael Håfström (Outside the Wire, Escape Plan), tells the story of an astronaut struggling to maintain his grip on reality aboard a possibly fatally compromised mission to Saturn’s moon Titan. Emily Beecham (Cruella) also stars, while other cast members include Tomer Capone (Fauda, The Boys) and David Morrissey (The Colour Room, The Walking Dead).More from The Hollywood ReporterPaul Mescal on How He "Weathered the Storm" of Success and Social Media (And Now Has Two...
MOVIES・1 DAY AGO
Popculture

Spring is always a big time for engagements and weddings, and two beloved internet personalities are the latest to update their relationship status. On April 18, Rachel "Seltzer" Quirico revealed she and longtime boyfriend Trevor "TorcH" Housten were tying the knot after 17 years together. Both of them are beloved figures in the esports world, with Seltzer notably starring in the Syfy reality show WCG Ultimate Gamer. She's also hosted numerous esports tournaments and events for TV/streaming outlets; she also made a recent appearance on G4 TV's Boosted.
RELATIONSHIP ADVICE・23 DAYS AGO
The Independent

Helen Skelton has revealed that she has separated from her husband, rugby player Richie Myler.The Countryfile host announced the news in an Instagram statement, writing that Myler has “left the family home”.Skelton’s announcement comes just four months after they welcomed their third child.“Very sad to say that Richie and I are no longer a couple,” she wrote. “He has left the family home. We will be doing our best to co parent our small children.”Skelton, who married Myler in 2013, accompanied the post with two broken heart emojis.The pair have three childen together: Ernie, aged six, Louis, aged...
CELEBRITIES・22 DAYS AGO
The Hollywood Reporter

CNN Films and HBO Max have commissioned a documentary feature on the late rock icon Little Richard. The film, currently titled Little Richard: I Am Everything, is set to chart the extraordinary life and times of the flamboyant bouffant-haired rock singer, songwriter and pianist, who died in May 2020 at the age of 87. In a music career that spanned seven decades, the artist, who described himself as “the architect of rock ‘n’ roll,” topped the charts with songs like “Tutti Frutti” and “Long Tall Sally” and electrified audiences with his stage performances, paving the way for countless major acts including...
MOVIES・2 DAYS AGO