It's been pretty much nothing but bad news for investors in Shiba Inu (CRYPTO: SHIB) in recent weeks. The meme coin has plunged in the midst of a broader sell-off of cryptocurrencies.

You probably noticed that I referred to this deal as "seemingly unrelated" to Shiba Inu. But is Microsoft's acquisition of Activision actually good news for the altcoin ? 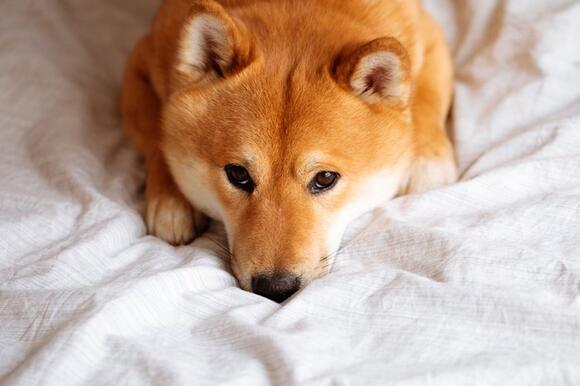 At least one person seems to think that Microsoft's pending acquisition of Activision Blizzard is a positive for Shiba Inu. And that person arguably knows more about the digital token and its future than nearly everyone else on the planet.

After Microsoft's announcement, Shiba Inu developer Shytoshi Kusama tweeted about the news. Here's what Kusama had to say:

Kusama seems to have viewed Microsoft's deal to buy Activision as kind of an endorsement of Shiba Inu's own metaverse strategy (the "MV" in his tweet stood for "metaverse"). As he referenced in the tweet last week, Shiba Inu Games has enlisted the help of former Activision executive William Volk and Australian game developer PlaySide Studios to build a multiplayer game.

A bit of a stretch

Did Shiba Inu's price jump on the Microsoft-Activision news or Kusama's tweet about it? Um, no. And for good reason. The connection between this acquisition and Shiba Inu's metaverse strategy is a bit of a stretch.

Sure, Microsoft's press release noted that the buyout of Activision Blizzard would "provide building blocks for the metaverse." Microsoft CEO Satya Nadella said, "Gaming is the most dynamic and exciting category in entertainment across all platforms today and will play a key role in the development of metaverse platforms."

But Microsoft was already playing up its metaverse efforts well before the Activision acquisition was announced. Back in November, the company unveiled Mesh for Teams, new functionality for its collaboration application that it touted as "a gateway to the metaverse."

It's also tenuous at best to link Microsoft's purchase of Activision Blizzard with Shiba Inu Games bringing William Volk aboard. For one thing, Volk is a contractor with presumably a temporary association with Shiba Inu. There's also the tiny detail that Volk last worked with Activision nearly three decades ago .

What is good news

However, there is some good news for Shiba Inu. Kusama wrote in a Medium post in November that "the future of gaming is SHIB." You might disagree with his bullish take, but there's no question that Shiba Inu's guiding developers are betting the future of the meme coin on gaming.

If nothing else, Microsoft's acquisition of Activision Blizzard underscores the importance of the metaverse opportunity. After all, the tech giant is putting $68.7 billion on the line.

Anything that helps the metaverse achieve its potential is arguably positive for Shiba Inu over the long term. There's a big caveat with that statement, though: Shiba Inu must fulfill its own vision related to the metaverse as well.

Bringing Volk and PlaySide Studios on board are definitely moves in the right direction. However, Shiba Inu still has a long way to go to become a key player in the metaverse. But Kusama just might be right that Microsoft and the supporters of the meme coin share a similar vision, at least regarding how important the metaverse will be.

Here's Shiba Inu's Only Path to $1

Another dazzling rally in Shiba Inu tokens is possible, but the result might be meaningless.
MARKETS・1 DAY AGO
The Motley Fool

There's a lot more to the tech giant than its annual iPhone shipments.
BUSINESS・10 HOURS AGO
The Motley Fool

Wall Street Says This Software Name Is Set to Double

Down 65% from its all-time high, can this tech stock rebound?
STOCKS・9 HOURS AGO
The Motley Fool

Video games are major discretionary purchases, and therefore should be at risk in a recessionary period. But how have these businesses held up in the past?
STOCKS・8 HOURS AGO

It's a bold word to describe them, but some companies really are in businesses bigger than any economic headwind.
STOCKS・9 HOURS AGO
Entrepreneur

Dorsey, who was CEO of the company until November 2021, took to the platform to pen his thoughts on the new changes.
BUSINESS・29 DAYS AGO
The Motley Fool

And why this could be a buying opportunity for long-term investors.
STOCKS・1 DAY AGO
The Motley Fool

These two Dividend Aristocrats may be worth buying now even if there's more pain ahead.
BUSINESS・1 DAY AGO
The Motley Fool

What Palantir's Stock-Based Compensation Means For You

Why does Palantir give its employees so much stock?
BUSINESS・11 HOURS AGO
The Motley Fool

Time is a great teacher.
STOCKS・12 HOURS AGO
GOBankingRates

Twitter Co-Founder Jack Dorsey Is Stepping Down Immediately — Should You Worry About Stock Prices?

Jack Dorsey, Twitter's co-founder who stepped down as CEO on Nov. 29, is also stepping down from the social media platform's board, effective immediately, according to reports on May 25.  See: Elon...
BUSINESS・27 MINUTES AGO
The Motley Fool

Snap's revised lowered guidance and warning took every digital advertising company down with it.
STOCKS・7 HOURS AGO