Call of Duty down: Vangard and Warzone down on PS5 and other platforms 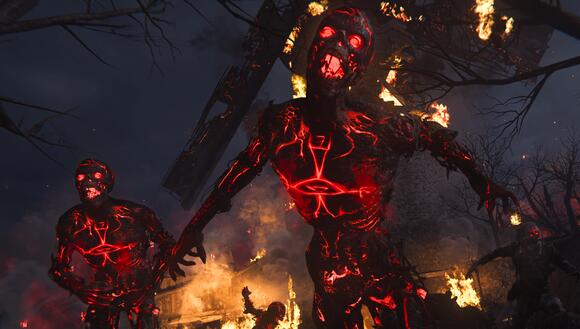 Call of Duty games have been hit by a technical problems that have left gamers unable to play.

Activision said it was experiencing “connectivity issues” and was investigating the incident. Players said they had been kicked out of games or found themselves unable to get into them in the first place.

Three games in the series – Black Ops II , Vanguard and Warzone – are all affected, Activision said.

The problems come just days after Microsoft announced that it would be buying Call of Duty parent company Activision Blizzard, in a deal worth $68 billion. That has led to speculation about whether games such as new titles in the Call of Duty line-up might be exclusive to Xbox or PC.

It also follows Activision’s announcement that it would be delaying the release of a new “Season Two” update for Vanguard and Warzone, to 14 February. It noted that players were having trouble across games, and that it had rolled out a number of updates but would be working harder to fix them with the time saved.

“We will use this additional development time to deliver updates, including optimizations to gameplay, game balancing (including weapon and equipment balancing), to fix game stability and bugs, and to ensure an overall level of polish to improve the experience for players across Vanguard , Warzone Pacific , Black Ops Cold War, and Modern Warfare ,” it said in an announcement last week.

Elon Musk, the world’s wealthiest man, who thinks tunnels are immune to natural disasters, is purchasing Twitter. The company confirmed on Monday afternoon that it had accepted the billionaire’s offer. “Twitter, Inc. today announced that it has entered into a definitive agreement to be acquired by an entity wholly owned by Elon Musk, for $54.20 per share in cash in a transaction valued at approximately $44 billion,” reads the official press release. “Upon completion of the transaction, Twitter will become a privately held company.”
BUSINESS・28 DAYS AGO