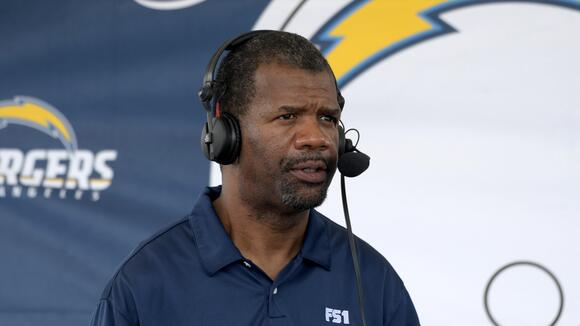 David Ortiz was the lone player voted into the Baseball Hall of Fame on Tuesday, which of course came with plenty of controversy and polarizing takes surrounding the steroids era.

Ortiz, who has been linked to PEDs as a player who allegedly failed the anonymous 2003 test, got the nod on the first ballot while others, like Barry Bonds and Roger Clemens missed the mark for their 10 th and final year of eligibility.

There was plenty of emotional reaction on social media about it, but one of the more unusual ballots came from MLB Network’s own Rob Parker.

Parker did not vote for Ortiz, but he did vote for Bonds, Clemens and Sammy Sosa, which was the opposite of what many voters did (and the fans did not like).

Parker cited a “gray area” for PEDs, but at one point during MLB Network’s coverage on Tuesday, New York Post columnist Joel Sherman appeared to call out Parker for his inconsistency in judging PED-linked players in his ballot.

“You keep talking about consistency with this, you didn’t vote for David Ortiz and you voted for four guys who were touched by scandal,” Sherman said, which appeared to throw off Parker a bit.

Meanwhile, others on social media ripped Parker for not including Ortiz on his ballot despite voting for other PED-linked players.

Baseball fans on Twitter were not happy with a tweet from Michele Tafoya about Shohei Ohtani, but the former NFL sideline reporter offered some clarification on Monday.
BASEBALL・12 HOURS AGO
Audacy

Druw Jones – son of former superstar outfielder – projected to be No. 1 pick by Orioles

Druw Jones – son of former All-Star outfielder Andruw Jones – seems like the favorite to be the No. 1 overall pick by the Baltimore Orioles.
BALTIMORE, MD・11 HOURS AGO

Troy Aikman had high praise for FOX’s decision to hire Tom Brady as his eventual successor in the network’s No. 1 booth. Read more on Audacy Sports.
NFL・10 HOURS AGO
Audacy

According to a report from ProFootballTalk’s Mike Florio, Sean Payton will join Fox Sports for the 2022 NFL season as an in-studio analyst on days Jimmy Johnson is off.
NEW ORLEANS, LA・15 HOURS AGO
Audacy

Drew Brees reportedly out at NBC after one year

Former New Orleans Saints quarterback Drew Brees has decided to part ways with NBC after just spending one season as a game and studio analyst.
NFL・1 DAY AGO