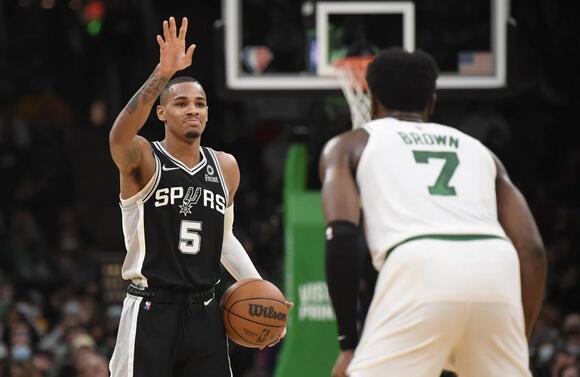 The Boston Celtics are at a crossroads. They’ve been a .500 team over the last year and a half with a roster that should be better from a sheer talent perspective. In all likelihood, they’re going to make a bold trade or two in an attempt to revive their status as an Eastern Conference contender, as opposed to selling.

Boston has a handful of former first-round draft picks, as well as plenty of future first-round draft selections in their arsenal. They should be able to pull off a blockbuster trade without surrendering Jayson Tatum and Jaylen Brown.

With that in mind, here are three players the Celtics should target ahead of the NBA trade deadline.

3. Boston Celtics get an inside force in Domantas Sabonis

Yes, the Celtics have Robert Williams III. That said, they’ve been an inconsistent offensive unit and a halfcourt operation in recent memory. Sabonis fits that mold and would be a superb interior player in head coach Ime Udoka’s rotation.

The Celtics could have a dominant halfcourt offense with Sabonis. Tatum and Brown create their own shot and score in isolation. Sabonis, who has been the focal point of the Indiana Pacers, would become the Celtics’ third source of offense. That’s quite the luxury.

Sabonis is a multi-faceted player on the offensive end. He gets points in the post, out on the perimeter and by putting the ball on the floor. Sabonis is also an effective passer and high-level rebounder. He’s a walking double-double and triple-double threat on a nightly basis.

With Tatum and Brown already commanding the bulk of defensive attention, Sabonis would be free to post up and primarily operate in the paint. The Celtics get an ideal big man for their offense who takes some attention off others and creates one of the best and most productive starting fives in the sport.

Boston can send Indiana Al Horford, Aaron Nesmith, Romeo Langford, their 2022 and 2024 first-round draft picks and a future second-rounder for Sabonis and forward Torrey Craig (he’s included for salary purposes). They get two and a half years of one of the league’s best frontcourt players. What could stop the Celtics from trading for Sabonis, though, is their top-heavy payroll which would be furthered another year by acquiring the big man.

2. Boston Celtics get a two-way player in Jerami Grant

The NBA is a game of speed, shooting, scoring and versatility. Grant gives the Celtics a lot of those qualities and more importantly someone who would be a plausible complement to their core.

In his season-plus with the Detroit Pistons, Grant has been the team’s leading scorer and best player. He’s creating his own shot by means of putting the ball on the floor and relying on his athleticism. On the other end of the floor, Grant is a sturdy defender. His skill set would be a tremendous fit in the Celtics’ frontcourt.

Presumably starting at the four, Grant would benefit from the attention that Tatum and Brown draw offensively. Grant would have plenty of open looks and baseline buckets for the taking; he’s a respectable outside shooter.

Grant can fit in any NBA system. Sticking with the Celtics, there should be a minimal acclimation period for the forward given his well-rounded game. Under contract for the next year and a half, Grant represents an optimum 18-month trial for the Celtics.

Boston can send Detroit Josh Richardson (he likely gets rerouted), Nesmith, Grant Williams and their 2022 first-rounder for Grant. What could stop this trade from taking place, though, is the Celtics preferring to cash in on their young players and draft picks on someone who’s going to alter their franchise for the better, rather than a player who’s simply a compelling fit in their system. 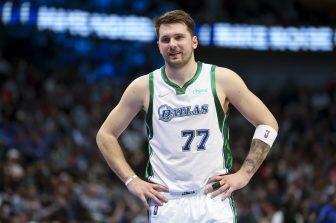 How about a 25-year-old point guard who has grown more productive and impactful in every passing year and is a reliable jumper away from being elite? Well, actually, who wouldn’t want that? Anyway, Murray could be a transcendent acquisition for the Celtics.

Tatum is the focal point of the Celtics’ offense while Marcus Smart and Dennis Schroder are ball-handlers themselves. Simultaneously, neither guard is an offensive linchpin or someone who the Celtics are typically going to in crunch time. Murray does two things for the Celtics: 1) gives them another player who can score off the dribble at a considerable level and 2) helps facilitate and create for Tatum and Brown. 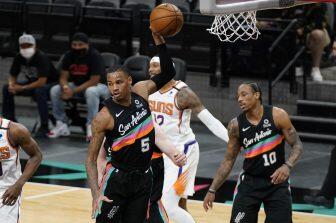 Running the point for the Celtics, Murray would get the ducks in a row while diverting defensive attention from their stars. On the San Antonio Spurs, Murray is the leading scorer and best player. In Boston, he’d be the number three option with the possibility of becoming the second.

While he’ll obviously be on teams’ radar, Murray doesn’t have to carry the load with the Celtics like he has with the Spurs. That makes him all the more dangerous. He’s also in the same age bracket as his would-be co-stars and gives the Celtics a new dimension, that being a lengthy and composed point guard.

Boston can send San Antonio Richardson (he likely gets rerouted), Nesmith, Langford and their 2022 and 2024 first-round draft picks for Murray. In the aftermath of this transaction, the Celtics move Dennis Schroder , an impending free agent, to the highest bidder and somewhat replenish the trade package they sent to San Antonio for Murray.

The Los Angeles Lakers entered the 2021-’22 season with expectations and ended it without even earning a spot in the
LOS ANGELES, CA・2 DAYS AGO
Sportsnaut

Bookmark. Save. Favorite. Do your thing. This is the one-stop-shop for everything NBA schedule-related heading into the 2021-22 season: Related:
BOSTON, MA・6 HOURS AGO
Sportsnaut

Jayson Tatum had a pain the neck after Game 3 instead of being one to the Miami Heat. After a
MIAMI, FL・22 HOURS AGO

Our MLB Games Today schedule is back for the 2022 MLB season. Major League Baseball ended its lockout, officially clearing
NFL・6 HOURS AGO
Sportsnaut

Months before the offseason arrived, everyone assumed Zach LaVine would re-sign with the Chicago Bulls. On the verge of becoming
CHICAGO, IL・2 DAYS AGO
Sportsnaut

Few players have put themselves on the map like Jalen Brunson has for the Dallas Mavericks during their playoff run.
DALLAS, TX・1 HOUR AGO

The Miami Heat were off to a hot start Saturday for their Game 3 Eastern Conference Finals matchup with the
BOSTON, MA・3 HOURS AGO
Sportsnaut

The Miami Heat got off to a scorching start, getting out to a 26-point lead over the Boston Celtics during
BOSTON, MA・1 DAY AGO

Miami Heat guard Tyler Herro has been ruled out of Monday night’s Game 4 against the Boston Celtics with a
MIAMI, FL・51 MINUTES AGO
Sportsnaut

The Utah Jazz are primed to make a change this offseason with their current core seemingly hitting their plateau the
SALT LAKE CITY, UT・2 DAYS AGO
Sportsnaut

The 2022 Oklahoma City Thunder draft will include two lottery selections, another first-round pick and a selection in Round 2.
OKLAHOMA CITY, OK・20 HOURS AGO
Sportsnaut

The Golden State Warriors have managed to come out ahead in the Andrew Wiggins trade, turning his reputation around since
SAN FRANCISCO, CA・2 DAYS AGO
Sportsnaut

It seems the Portland Trailblazer may target not one, but two of the Charlotte Hornets’ unrestricted free agents this offseason.
PORTLAND, OR・2 DAYS AGO
Sportsnaut

Chicago Bulls have interest in Matisse Thybulle trade this offseason; How it could work

Looking to push past their First Round playoff elimination, the Chicago Bulls are heading into the offseason with a strong
CHICAGO, IL・4 HOURS AGO