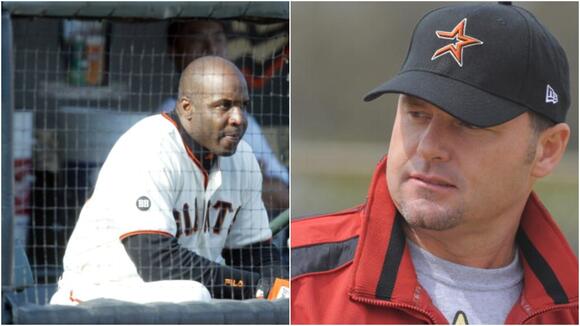 Perhaps the most polarizing Baseball Hall of Fame vote was announced on Tuesday and only one player — Red Sox legend David Ortiz — was voted into the Hall.

Missing the cut were other steroid-linked players, such as Barry Bonds, Roger Clemens, Sammy Sosa, Manny Ramirez and Alex Rodriguez. Curt Schilling was another notable player who fell short as well.

For Bonds, Clemens, Schilling and Sosa it was their final year on the writer’s ballot, meaning they will not be inducted into the Hall of Fame unless they are put on a veterans’ committee ballot (they would be eligible to appear on the Today’s Game Era ballot next year).

But the fact that the baseball writers left off undoubtedly the greatest hitter of his generation in Bonds and arguably the best pitcher in Clemens for 10 years left many with a bitter taste in their mouths and those fans, media members and even other pro athletes sounded off on social media.

Some pointed out how David Ortiz, whose name was leaked as one of the anonymous players to allegedly test positive for PEDs in 2003, getting in but not Bonds or Clemens was totally inconsistent.

Some even suggested it is because Ortiz is a much more likable player than Bonds.

And while Bonds and Clemens garnered most of the attention from fans, there was a decent contingent mad about Sosa, too, who received just 18% of the vote in his final year.

Baseball Twitter reacts to Juan Soto trade report: 'Would be dumbest move in history of sports'

ESPN MLB insider Buster Olney shook up the baseball rumor mill with a report suggesting that the Nats could look to trade All-Star outfielder Juan Soto as soon as this season.
MLB・14 HOURS AGO
Audacy

MLB suspended Matt Harvey on Tuesday for his admitted distribution of drugs and drug use in court and suspended pitcher Trevor Bauer had something to say.
LOS ANGELES, CA・1 DAY AGO
Audacy

Baseball fans on Twitter were not happy with a tweet from Michele Tafoya about Shohei Ohtani, but the former NFL sideline reporter offered some clarification on Monday.
BASEBALL・2 DAYS AGO