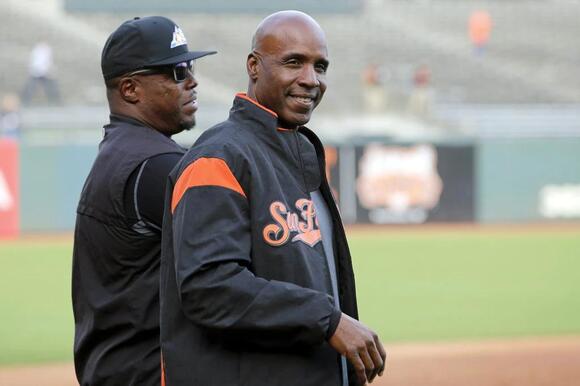 From a pure on-field standpoint, Barry Bonds is considered the most-feared hitter in the modern history of Major League Baseball.

Beginning his career as a member of the Pittsburgh Pirates in 1986 and concluding it during a brilliant 15-year tenure with the San Francisco Giants, Bonds dominated in every possible way.

Despite this, he is still not a member of the Baseball Hall of Fame 15 years after retirement. That has now been extended after the votes for the Class of 2022 were tallied.

Fellow slugger David Ortiz was the only former player to earn his spot in Cooperstown once the final vote was announced Tuesday evening.

As for Barry Bonds, he received 66% of his vote . A total of 75% was needed in order to be inducted into the Baseball Hall of Fame.

The backdrop here is alleged Steroid use on the part of Bonds and other finalists during their careers. That includes Sammy Sosa, Roger Clemens and Sammy Sosa — all of which were in their 10th and final year on the writers’ ballot.

Before diving into the MLB games today here are the latest MLB standings in 2022. Sportsnaut’s MLB power rankings and
MLB・2 DAYS AGO
Sportsnaut

The 2022 Boston Red Sox schedule is out and expectations are high for the upcoming season. We’ll provide updated game
BOSTON, MA・7 HOURS AGO
Sportsnaut

Our MLB Games Today schedule is back for the 2022 MLB season. Major League Baseball ended its lockout, officially clearing
MLS・7 HOURS AGO
Sportsnaut

What is the longest home run ever hit in MLB history? Major League Baseball’s introduction of StatCast tracking makes it
MLB・2 DAYS AGO

Another year means a new 2022 season and with that comes plenty of MLB trade rumors and updates. From the
MLB・2 DAYS AGO
Sportsnaut

The Los Angeles Dodgers added a pair of right-handers to the active roster Sunday, calling up Michael Grove and Shane
LOS ANGELES, CA・23 HOURS AGO
Sportsnaut

The San Francisco Giants will try for 11 straight wins against the Colorado Rockies when they open a three-game series
SAN FRANCISCO, CA・7 HOURS AGO
Sportsnaut

The Seattle Mariners optioned outfielder Jarred Kelenic to Triple-A Tacoma on Friday before starting a three-game road series against the
SEATTLE, WA・2 DAYS AGO
Sportsnaut

The Milwaukee Brewers will be seeking revenge on Monday night when they open up a six-game homestand with the first
MILWAUKEE, WI・13 HOURS AGO
Sportsnaut

Outfielder Luis Barrera might not be in the starting lineup Monday night for the Oakland A’s when they host the
OAKLAND, CA・7 HOURS AGO

When the Miami Marlins continue their nine-game homestand on Monday night against the Washington Nationals, there will be an adjustment
MIAMI, FL・12 HOURS AGO
Sportsnaut

MLB roundup: Pirates pull off 1-0 win despite being no-hit by Reds

Shohei Ohtani homered, Patrick Sandoval gave up one run in 6 1/3 innings and the Los Angeles Angels beat the
ANAHEIM, CA・18 HOURS AGO
Sportsnaut

Gavin Lux delivered a walk-off two-run double in the ninth inning after committing a costly error earlier in the game
LOS ANGELES, CA・18 HOURS AGO
Sportsnaut

Orioles have work cut out against surging Yankees

The New York Yankees will look to continue one of their best starts in franchise history when they visit the
BALTIMORE, MD・13 HOURS AGO
Sportsnaut

Rowdy Tellez stroked an RBI single as part of a four-run fifth inning and added a solo homer in the
MILWAUKEE, WI・20 HOURS AGO