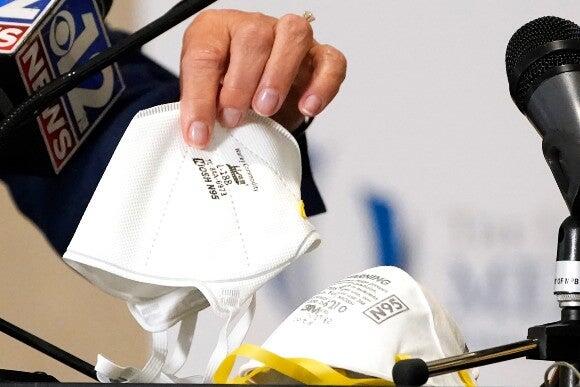 A New York appeals judge has granted the state’s request to keep a statewide mask mandate in place after that was overturned by a Long Island judge on Monday.

Judge Robert Miller granted the request for the stay on Tuesday, meaning the mask mandate will remain in effect as Gov. Kathy Hochul’s administration works to appeal the previous attempt to overturn it.

“The order, if not stayed will allow individuals to refuse to wear face coverings in indoor public settings where the risk of COVID-19 spread is high, including in schools where many children remain unvaccinated against COVID-19,” the state’s court filing said, according to the AP.

“We are pleased the Appellate Division granted the application by the Department of Health and the Governor’s office, confirming the lower court’s decision is stayed pending further proceedings,” said New York State Education Commissioner Betty A. Rosa. “As such, the mask mandate remains in effect for schools across the state. We support Governor Hochul and the state Department of Health as they continue with the appeal.”

The plaintiffs’ attorney, Chad Laveglia, said they would continue to challenge the decision, stating: “The judge got it wrong entirely. It’s so blatantly unconstitutional to grant a stay whatsoever,” according to the AP.

New York schools were told earlier this week to keep enforcing mask rules despite a judge overturning the mandate.

Officials from the New York State Department of Education said they filed a notice that it would appeal the ruling, made by a Long Island Judge on Monday, which could potentially keep the mandate in place until its expiration date on Feb. 1, according to the AP.

“While these legal steps occur, it is NYSED’s position that schools should continue to follow the mask rule,” NYSED spokesperson Emily DeSantis told the AP.

Hochul reinstated a rule requiring face masks and proof of COVID-19 vaccination at all indoor public spaces across the state last month amid a surge in the virus. Then, the New York State Department of Health extended to order until Feb. 1.

But New York State Supreme Court Justice Thomas Rademaker ruled Monday that Hochul and the state health department violated the state constitution by enacting the rule without the approval of state lawmakers, according to The New York Times.

The ruling only overturned the statewide mandate, allowing cities to keep enforcing local mandates if they wish.