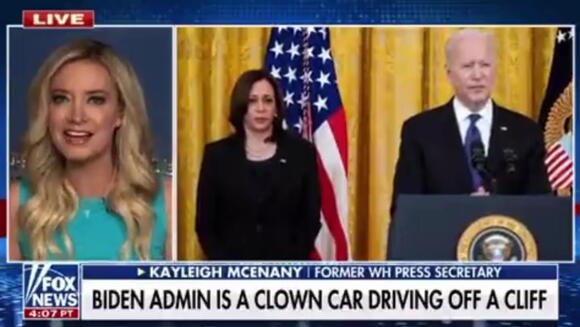 Just above four in 10 Americans, 41 per cent, gave Mr Biden positive marks in the poll while 56 per cent say the president is not doing a good job; his approval rating dropped by the same amount, 3 percentage points, by which his disapproval rating rose over the four months between the last survey released by Pew and January 25.

Corresponding with that shift in Mr Biden’s popularity is a larger drop in support among Black voters, from 67 per cent to 60 per cent, in the same time period. Since the last survey was released in September, the Democratic Party has seen the president’s signature social safety net bill, the Build Back Better Act, fail in Congress as did a push to change the filibuster as a means of making the passage of voter rights legislation possible.

The failure of the voting rights push, which was aimed at combatting a slew of GOP-led bills in states around the country seen as clear attempts to disenfranchise Black voters and other constituencies that lean Democratic, was one of the most glaring failures of the Biden presidency so far and leaves open the question of whether any more significant legislation will pass the Senate before the midterms in November.

The prospect of congressional inaction defining the spring and summer only places more urgency on the White House to find avenues for policy victories, be it through executive actions, more effective work to unify the Democratic congressional caucuses, or even negotiations with Republicans.

Overall, the Pew survey reveals an American public deeply dissatisfied with its leadership and their prospects for the future.

According to the poll just about a fifth of Americans believe the country is headed in the right direction and less than a third said the US economy was in good shape. Among numerous findings of voters’ dismal outlooks, one of the few bright spots was the wide agreement by 56 per cent of respondents that it is easier to get a job than it was a year ago.

Congress remains deeply unpopular and though Democrats were more likely than Republicans to give lawmakers a passing grade, the number of Democrats who approved of the jobs done by the legislative branch’s membership was still far less than 50 per cent, hovering just above one-third.

The Pew survey was taken between 10-17 Jan and collected responses from 5,128 Americans. The margin of error is 2 percentage points.

The Centers for Disease Control and Protection announced in April that the Title 42 would be rescinded on May 23.
LOUISIANA STATE・23 DAYS AGO
Business Insider

The former adviser to Donald Trump said Putin probably needed glasses and ate and drank nothing at a dinner she attended, where the Russian president "barely gave her a glance."
POTUS・1 DAY AGO
Fox News

Louisiana Senator John Kennedy was left frustrated on Tuesday by Attorney General Merrick Garland’s unwillingness to offer an opinion on what percentage of police officers he believes are “bad” or racist.Mr Garland, who was testifying before the Senate Appropriations Committee regarding the Justice Department’s budget request for Fiscal Year 2023, appeared flummoxed by the Pelican State Republican’s inquiries, which called for him to render a judgement on the conduct of local police officers across the US.After Mr Kennedy asked him about “what percentage of cops in America” were what he described as “bad cops,” Mr Garland replied that the...
CONGRESS & COURTS・22 DAYS AGO
The Independent

An abortion care provider pushed back on questions from a Republican congressman when she was asked about whether she would ever abort a foetus that was halfway through the birth canal.The questioning took place during a House Judiciary Committee hearing focusing on how abortion rights are at risk. The hearing came after Politico reported a leaked Supreme Court draft opinion overturning Roe v Wade, the 1973 Supreme Court ruling that enshrined the right of women to seek an abortion.Representative Mike Johnson of Louisiana asked Dr Yashica Robinson, an obstetrician-gynecologist based in Huntsville, Alabama, whether she supports the right of...
HUNTSVILLE, AL・4 HOURS AGO
Business Insider

The intelligence the U.S. shared with Ukraine helped it continue to resist Russian invading forces and even shoot down a transport plane carrying hundreds of Russian troops, a new report revealed. According to current and former U.S. officials who spoke with NBC News on Tuesday, the U.S. provided critical intelligence...
MILITARY・22 DAYS AGO

Harvard polled Americans under 30 who are likely to vote in the midterms and found 85% of them want some government action on student loan debt.
PRESIDENTIAL ELECTION・23 DAYS AGO
Fortune

Sign up for the Fortune Features email list so you don’t miss our biggest features, exclusive interviews, and investigations. Reports that Twitter’s board could come to a deal with Elon Musk as early as Monday are raising red flags among media watchdog groups. On Monday, Media Matters, a...
PRESIDENTIAL ELECTION・23 DAYS AGO
The Independent

Florida Republicans have compared a protest against a newly drawn congressional map that dilutes Black voter strength in the state to the violent attempt to overturn the results of the 2020 presidential election on 6 January, 2021.On 21 April, a small group of mostly Black Democratic legislators staged a sit-in protest in the middle of the House floor, singing and praying and briefly delaying votes during a special legislation convened by Republican Governor Ron DeSantis, whose map eliminates two of the state’s four districts represented by Black Democrats and creates four more districts that lean Republican.State Rep Randy Fine...
PROTESTS・23 DAYS AGO
Newsweek

"This should never have been allowed to occur to my colleague," Representative Matt Gaetz said about the legal challenge seeking to disqualify Greene.
GEORGIA STATE・23 DAYS AGO

The former president referenced scoring well on a cognitive test in 2018, which is designed to detect whether a person has early stages of dementia.
DELAWARE COUNTY, OH・24 DAYS AGO
Newsweek

Individual judges may not like the policy choices of the Biden administration, but it is not their job to weigh in on that policy debate.
TEXAS STATE・23 DAYS AGO
The Independent

Defeated Pennsylvania Senate candidate Kathy Barnette has placed blame for her third-place finish in Tuesday’s Republican primary squarely on the shoulders of Fox News host Sean Hannity. In a video posted to her Twitter account early on Wednesday morning, Ms Barnette thanked her supporters, but pivoted to attacking the Fox commentator.“I do want to say: never forget what Sean Hannity did in this race. Almost single-handedly, Sean Hannity sowed seeds of disinformation, flat-out lies every night for the past five days. And that was just extremely hard to overcome, apparently”.Ms Barnette’s grievance with Hannity stems from his decision to...
PENNSYLVANIA STATE・5 HOURS AGO
The Independent

On Tuesday evening I was asked, firmly but politely, by the Hendersonville police department to leave the premises of a small auto detailer and tire shop.It wasn’t explicitly mentioned, but it appeared to be at the behest of campaign staffers for the youngest member of Congress. For this was no ordinary auto detailer and tire shop: It was the home of the final (?) flameout of freshman Rep Madison Cawthorn, who had just lost his primary in a stunning night that didn’t even extend, as some analysts might have expected, to a June runoff election thanks to a resounding showing...
HENDERSONVILLE, NC・3 HOURS AGO
The Atlantic

Last Monday, Malcolm Nance, an MSNBC talking head and former sailor in the United States Navy, showed up on the channel by satellite from Ukraine, dressed to kill. He wielded an assault rifle and wore full-camo military dress, including a ballistic helmet, and U.S. and Ukrainian flag patches. About a month ago, he said, he decided he was “done talking.” He then talked about how he had joined Ukraine’s international legion to help the country “fight [against Russia’s] war of extermination—an existential war.” Others have traced a similar journey. Andy Milburn, a journalist and ex-Marine who stopped writing and began training Ukrainians for combat, wrote an article about how he, too, was finished writing articles about Ukraine. “It just started to seem so frivolous,” he wrote, solemnly. “I didn’t want to be an observer.”
MILITARY・22 DAYS AGO
Salon

House Republican Leader Kevin McCarthy (R-CA) (Joe Raedle/Getty Images) There was a flurry of headlines last week when news broke that House Minority Leader Kevin McCarthy (R-CA) said out loud that he thought former President Donald Trump should resign in the wake of the deadly Jan. 6 insurrection. The focus was on the fact that McCarthy lied about ever expressing that thought - until, of course, he was confronted with the audio recording of him saying exactly that.
CONGRESS & COURTS・22 DAYS AGO
USA TODAY

US, allies hustling to save Ukraine; Rand Paul says US push to get Ukraine into NATO provoked invasion: April 26 recap