I've been a bridesmaid over 125 times. Here are 7 awkward conversations couples should have with their guests. 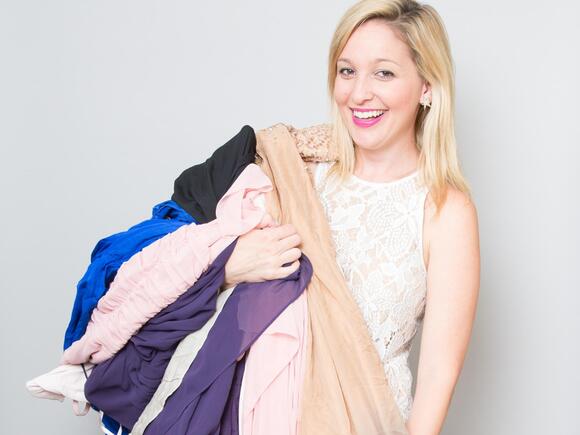 I've been to hundreds of strangers' weddings as a hired bridesmaid .

The job has entailed many different things, including pretending to know the couple, locating missing grooms, stopping wedding crashers, and being the sidekick to a few runaway brides.

I've also helped couples have awkward conversations with their loved ones, often writing down scripts or drafting emails.

Read on for some of the most uncomfortable chats couples have to have with their guests, and how to handle them gracefully.

Some guests can be stubborn about not getting a plus-one

After the invites are sent, guests will often contact the couple and ask if they can bring a plus-one.

When they keep asking after the first no, it gets intrusive and annoying.

Rather than just saying no, give an explanation for why you can't accommodate more guests. If you make an exception for them, you'll have to make it for the dozens of others who asked as well.

Most people have a few partying friends who get too drunk and make a scene that, although sometimes funny, is often embarrassing.

To avoid the chaos, reach out to that person and ask them to save the shots and heavy drinking for the after-party.

Remind them that although you love the energy they bring, you're hoping they can remain respectful to you and the other guests.

You shouldn't have to be the middleman between feuding guests

When a family member or friend finds out someone they don't get along with is invited to your wedding, they might ask you to uninvite that person.

Instead of trying to reason with the concerned guest, just reassure them that the person isn't sitting at their table.

If your wedding is formal, you might have to remind people of the dress code

If you're having a formal or black-tie wedding and hear about guests who want to wear jeans or shorts, simply send them a dress-code reminder.

You can stress that it's both your preference and the vibe that fits with the venue you selected.

If you know certain people on the guest list are always running late, have a conversation beforehand

Rather than stress about your loved ones who always show up late to everything — or get upset when they trickle in after the ceremony — just talk to them before the day.

Let them know that it would mean a lot if they were there on time and didn't miss anything. You can even consider telling them a fake, earlier start time.

Wedding toasts , given by a few selected family members and friends, are special. But sometimes an unplanned guest asks to speak.

It's sweet, but you don't want the reception to become an open mic.

If it's someone you care about, let them speak at the rehearsal dinner instead. If not, let them know you're eager to keep the party going, so you've limited the speeches to a few pre-picked people.

A few weddings I worked at got out of hand because a parent of the bride or groom secretly invited a long list of family members.

If you get wind of unofficial invitations, put a stop to it as fast as possible.

Let them know the venue can't accommodate extra guests. It's awkward for everyone when people show up just to be turned away.

Former "Toddlers and Tiaras" star Kailia Posey, who died at age 16, sent her mother a blanket that arrived after her death.
CELEBRITIES・1 DAY AGO
Salon

Police gather outside the home of suspected gunman 18-year-old Salvador Ramos on May 24, 2022 in Uvalde, Texas. (Photo by Jordan Vonderhaar/Getty Images) Friends grew increasingly concerned about the behavior of an 18-year-old who gunned down at least 19 children and two teachers at a Texas elementary school, but they were still shocked to learn of his brutal actions.
UVALDE, TX・1 DAY AGO
Insider

Khloe Kardashian said on the latest episode of the "Not Skinny But Not Fat" podcast that she will teach her sister how to "cut a cucumber."
CELEBRITIES・1 DAY AGO
Us Weekly

Courtesy of Coco Austin/Instagram A divisive decision? After Coco Austin offered a glimpse at her day out with her family — social media users were quick to question the outing. "A stroll through the @atlantisbahamas shops... Chanel is so over it unless theres something cool to see .. Her face transitions instantly," Austin, 43, captioned […]
CELEBRITIES・2 DAYS AGO

Kailia Posey’s Final Days, Suicide Note, and the Gift She Ordered for Her Mom Before She Died

“Toddlers & Tiaras” alum Kailia Posey’s mother is speaking out about her daughter’s final days, her suicide note, and a special gift she received from the teen… two weeks after her suicide. Marcy Posey Gatterman opened up to E! News about her 16-year-old daughter, saying, “The...
CELEBRITIES・1 DAY AGO
Insider

The grinder salad sandwich has gone viral despite the creator starting out with just 70 followers. She told Insider how it took over TikTok.
RECIPES・8 HOURS AGO
Insider

Coco and Ice T were criticized by followers for pushing their 6-year-old in a stroller. This pediatrician says it's no big deal.

There's no official cutoff date for kids to ride strollers, said a pediatrician. Parents share how beneficial it is to be able to push kids around.
CELEBRITIES・15 HOURS AGO